We awoke to 30o temperatures this morning.  However, we were excited by the prospect of heading out to the Albuquerque area for the International Balloon Fiesta and a side trip to Santa Fe.

After reattaching our Jeep to our motor home, we installed our “Brake Buddy”, an auxiliary breaking system we have in our Jeep while towing it.  Unfortunately, nothing happened when plugged into the cigarette lighter (its power source).  No big problem, probably a fuse … which it was!

After replacing the 20-amp fuse, we tried it again and still nothing.  Then I remembered the male insert which goes in the cigarette lighter also had a fuse, which was also bad.  Unfortunately, I had no replacement for this old-fashioned, glass tube fuse.

So, we decided to get on the road, stopping at a local auto parts store for the fuse.  Then we spotted a 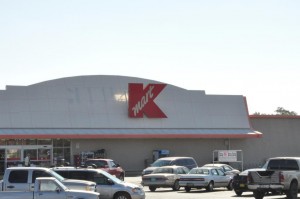 Where we thought we might find the needed fuse.  When I got out of our motor home, I noticed smoke billowing out from under our Jeep.  After detaching the car and RV and getting them apart (a car fire could wreak havoc on a motor home).  Meantime, there was an odor of what seemed like burning wiring in the car.

We called our insurance company which arranged, and paid for, a tow … which arrived about 30 minutes later 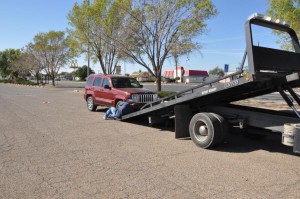 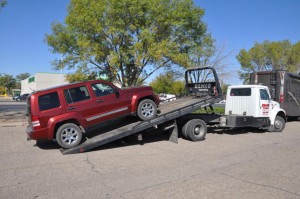 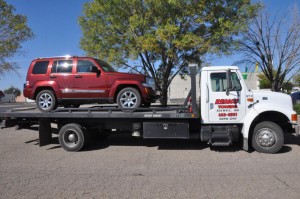 to the local Jeep dealer, 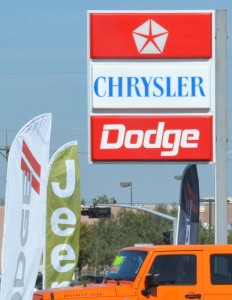 only 3 blocks away.  When we arrived, one of the Jeep service managers indicated that he “hoped to get a chance to look at it sometime in the next several hours”, if it was a wiring issue, our extended warranty policy might not cover any expenses and “it could be a week or two to diagnose and repair!”

So we hunkered down in our motor home across the street, keeping our eyes on our Jeep to see when it was being taken in to one of the bays so they could check out the wiring.

Finally, it was lunch time and while eating the car was suddenly missing.

Long story short … it was not the Jeep’s wiring … the Brake Buddy had apparently locked in the extended position, thus applying pressure on the brakes which, in turn, applied pressure on our brakes causing the smoking … and the odor was coming from the Brake Buddy.

After pulling the rear tires and brakes, it was determined that there had been no damage.  However, we we’d have no auxiliary breaking system in our cars during a 250+ mile drive over a sometimes winding road which gained and lost as much as 2,000’ on several occasions.

When we finally got underway, we were only 4½ hours later than we’d hoped.  Oh well!

The road leaving Roswell was relatively flat and treeless, with only the distant Captain Mountains breaking an otherwise monotonous landscape. 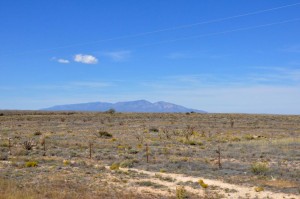 Inexorably, the countryside became a more rolling and the vegetation began to change. 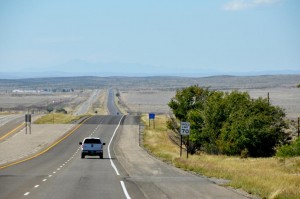 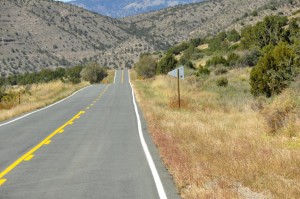 About one-third of our way into the trip we reached the memorial to the original Smokey the Bear in Captain, NM … named after a small bear cub found with burned paws after a 17,000 acre forest fire in 1950 in the Captain Mountains.  But, would you believe, some of the locals have been taking target practice at the memorial sign. 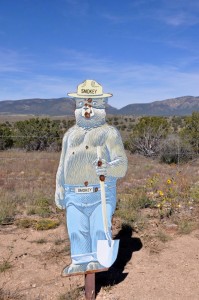 That’s type of sacrilege like someone going spearfishing for Flipper or hunting Dumbo for his ivory!

Most of the towns were small and non-descript.  However Captain seemed like a real town, with nearly every business sporting some name related to Smokey or a bear and an old tower 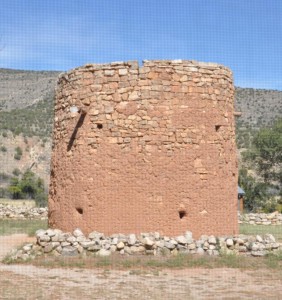 … not to mention a high school athletic complex most major cities would be proud to boast, complete with baseball and football fields which looked like the fairways at Augusta.

Over the course of today’s drive, we also saw more wind-powered water pumps than we’ve seen in quite a while. 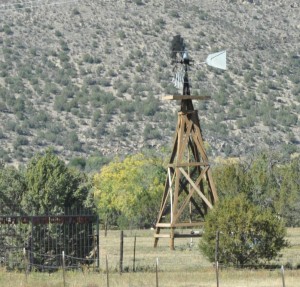 The road wound up to a high point of 6,965’ feet before descending rather steeply nearly 2,000’ to the valley floor. 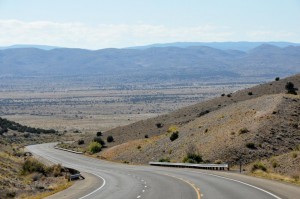 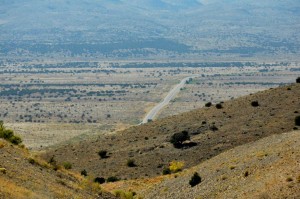 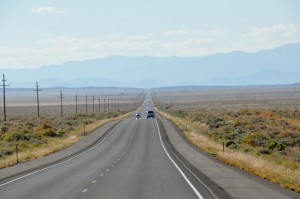 We passed through the Valley of the Fires, one of the youngest and best preserved lava fields in the continental United States. 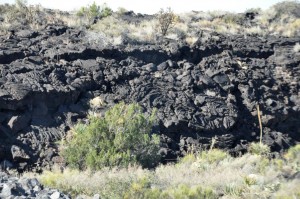 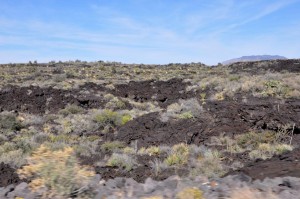 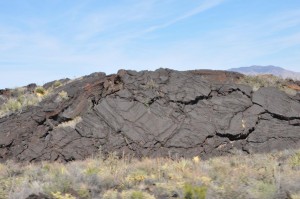 Arriving in San Antonio, NM, we hopped in I-25 North where one side of the road along the river had many green fields of varying crops which stood out from the surrounding tan landscape 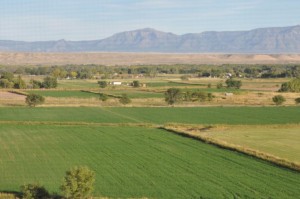 As well as horse farms and cattle feed lots. 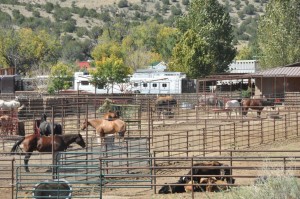 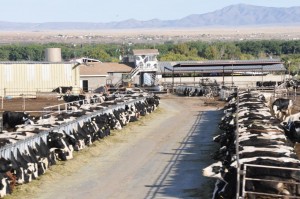 Upon arriving at our campground, two of our fellow travelers, Suanne and Bob Moon, invited us over to share their dinner, after which we there was an all-hands meeting to finalize our plans for the balance of the week.