With early temperatures in the low 90os, we were able to enjoy our coffee outside our motorhome this morning.

Bob and Sue Ann joined us on a drive to Carefree (north of Scottsdale with a land area of 8.9 square miles and a population of 3,363) 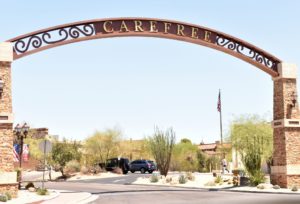 where we always stop during any trip through Arizona to visit a friend and our Wells Fargo broker, Josh Slocum

and his wonderful staff, Elizabeth and Randy, on whose invaluable help we rely. 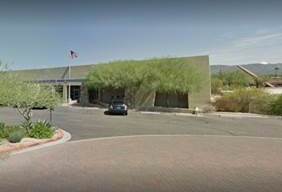 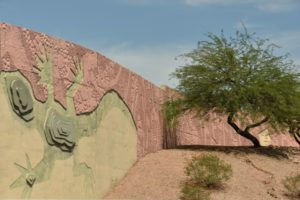 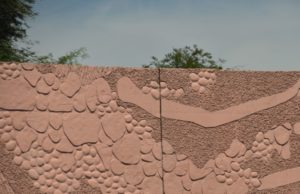 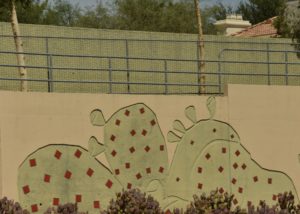 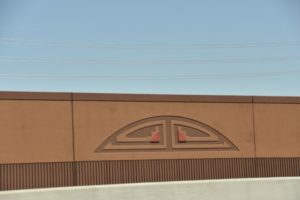 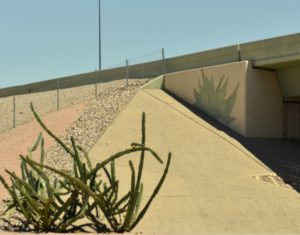 We can recall when my folks first moved to Carefree in the mid-1970s, the drive north on Scottsdale Road was almost desolate.  Today there is near non-stop commercial and residential development and nearly three dozen traffic lights we had to negotiate. Still there, however, are many Saguaros 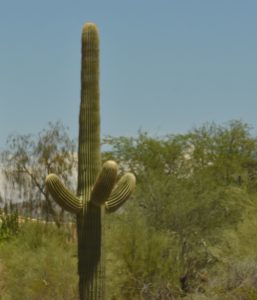 and several huge mounds of boulders, the signature of the Boulder's resort where my folks lived during the 1980s. 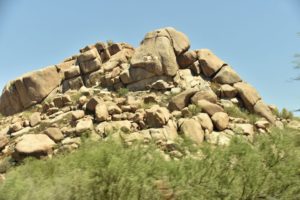 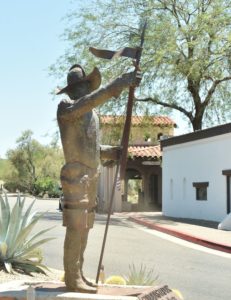 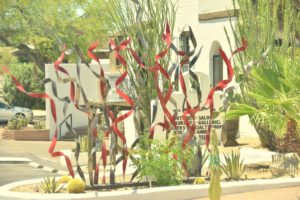 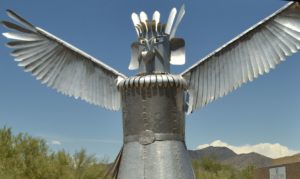 but whose focal point remains its signature sundial 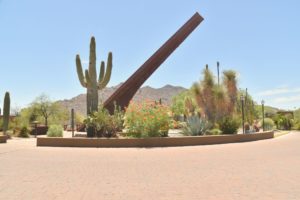 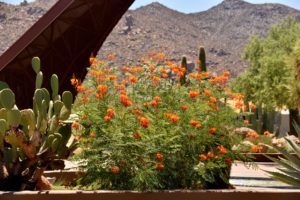 From there we headed west along East Cave Creek Road 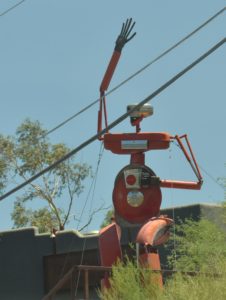 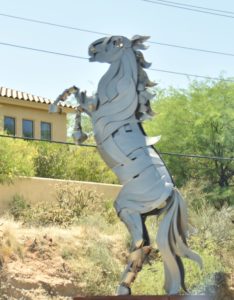 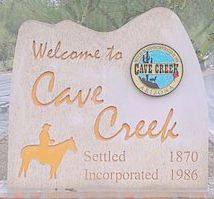 where we had lunch at 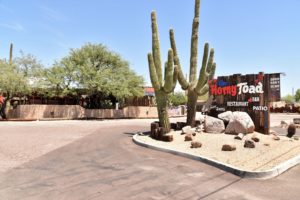 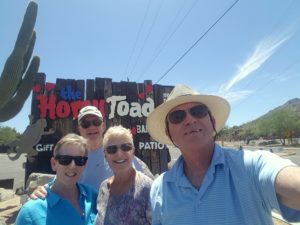 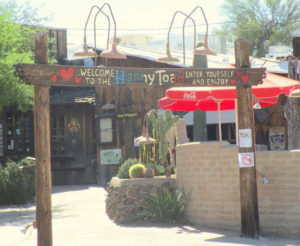 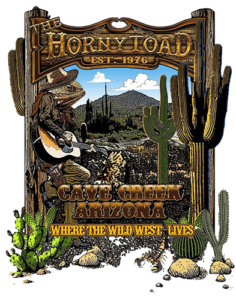 Enroute back to Chandler, there were more colorful bridges and sound barriers which I didn't see while driving but were not missed by Debbies eagle eye. 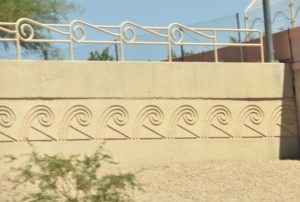 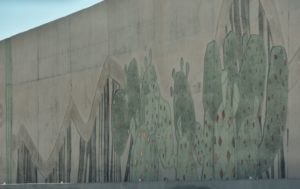 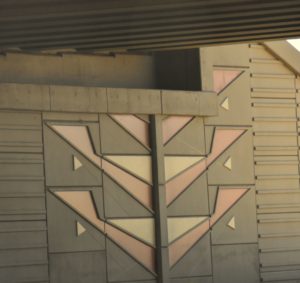 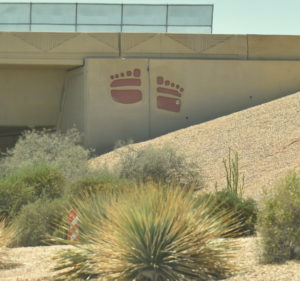 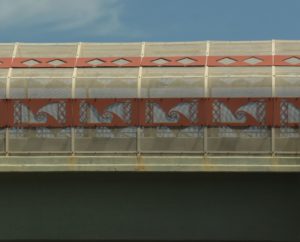 Today's 117o temperatures have  cooled to only 110o and are predicted to dive to a chily 104o by 11:00 PM this evening.  Somehow, explanations that this is "dry heat" have done little to make us feel better.  Walking outside is akin to standing directly in front of a pre-heated oven.