After several days of trying we found Hyde Log Cabin, only a few miles from our campground on Grand isle.  It is documented as one of the oldest log cabin homes in the nation. 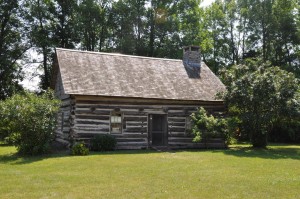 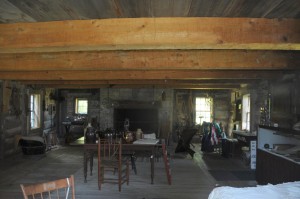 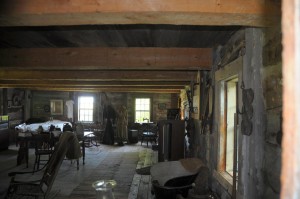 Built (circa) 1783 by Jedediah Hyde, Jr., it consists of one room heated by a stone fireplace and has a loft above.  It served as a home for members of the Hyde family for more than 150 years.

Located on the same property (moved there in1954) stands the Grand Isle Schoolhouse #4, otherwise known as the Block School. It is a one room school built in 1814. 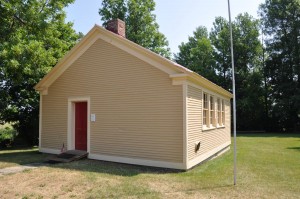 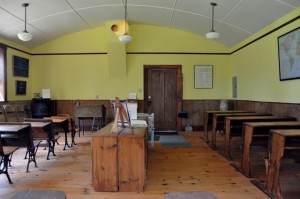 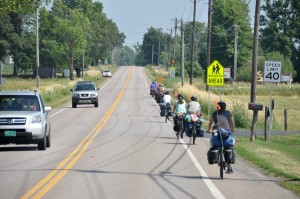 and a small herd of Alpacas enroute. 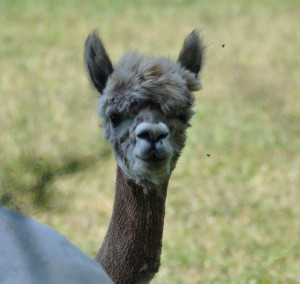 After stopping as a state park on the water to eat the lunch we’d packed, we returned to our campground early afternoon.  We proceeded to “veg out”, read and watch many sailboats running with their colorful jibs or spinnakers running before the wind. 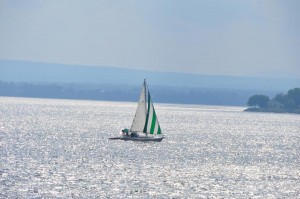 All in all, it was once again a rough afternoon which we had to endure!

However, the warm sunny weather took a turn for the worse around 5:30 PM when a storm, packing 60-70 mile an hour winds, lightening and torrential rains swept in from the north and directly across our campground.

The visibility a times was down to less than 50’and our motor home was buffeted as gusts of wind were unrelenting for more than one half hour. 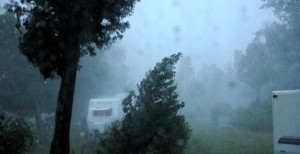 An hour after the storm departed we were again treated to a glorious sunset. 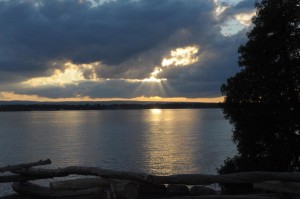 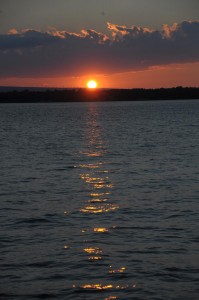 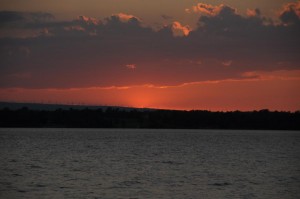 After dinner we watch PBS special on the nation’s birthday party in Washington DC … pretty cool! 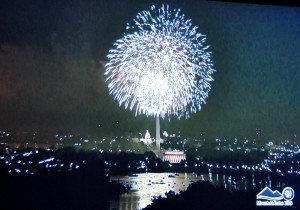 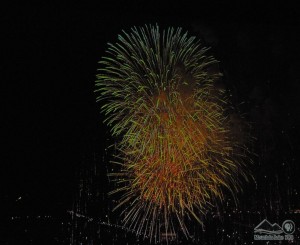 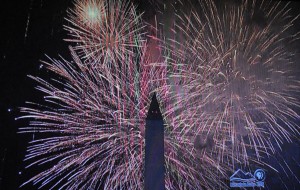 While less spectacular, we stepped out of our motor home, walked 200’ down to the shore and watched another fireworks display from Plattsburgh, NY, just across the Lake. 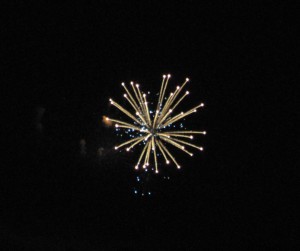 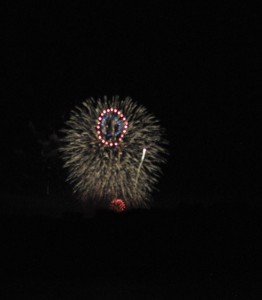 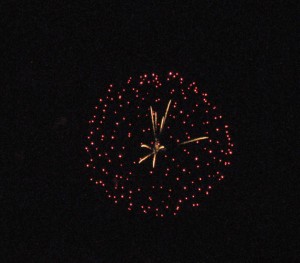