I did a little research on Lake Champlain today.  Occasionally referred to by locals as the “sixth” Great Lake, Lake Champlain was “discovered” by Samuel Champlain in 1609.  It is 125 miles long, by an average of 14 miles wide and has a maximum depth of ~400’.

Perhaps even more interesting, certain exposed formations on its most northerly island, Isle La Motte, indicate it is the earliest ancestor of the of today’s coral reefs … dating.  The Chazy Reef, formed during the Ordovician carbonate formation some 450 million years ago, contains fossils of long extinct plants and animals.

Driving north from our campground, Isle La Motte became our first major destination for the day.  Soon after arriving on the island, we stopped at Saint Anne’s Shrine 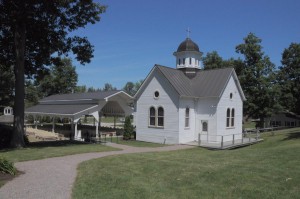 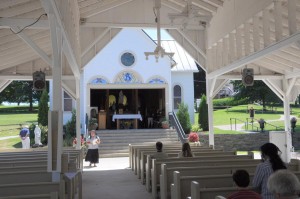 Outdoor Nave with covered but open Apse and Altar 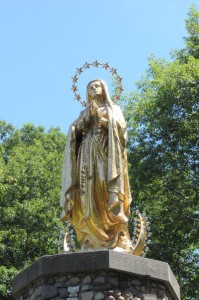 15’, gold leafed statue of “Our Lady of Lourdes”

The Shrine is located on the site where it is claimed that Samuel de Champlain landed in 1609, an event memorialized by a majestic granite statue of Champlain and a native Indian. 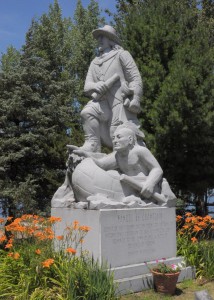 While the story cannot be positively confirmed, there is good reason to believe that John Philip Sousa, after seeing a flag flapping in the breeze while visiting the Isle La Motte was inspired to write his most well-known march, “The Stars and Stripes Forever”.

We continued to circle the island and passed a 1954 Ford pick-up truck which had been repainted in colors Henry Ford could never have imagined. 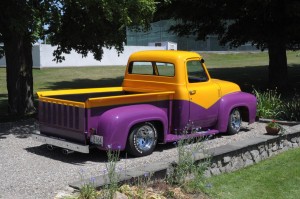 A short distance down the gravel road 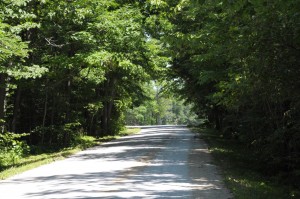 we passed the Fisk Homestead 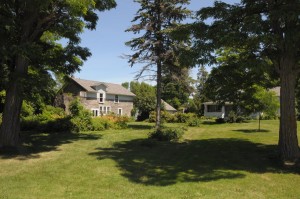 where Vice President Theodore Roosevelt was visiting when word reached him that President McKinley had been shot; days later elevating him to the presidency.

We saw any number of decaying, and overgrown houses … 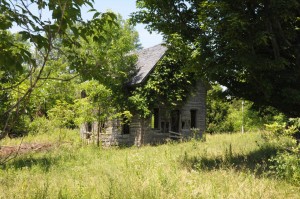 and other than the tourist attraction of Saint Anne’s Shrine and a couple of B&Bs, it was hard to determine what, other than haying operations supports the local population. 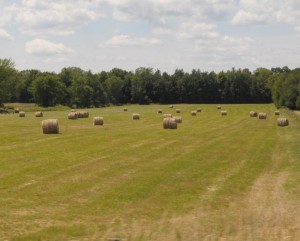 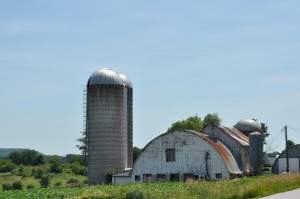 of Swanton where the most in interesting things were a rainbow series of mailboxes. 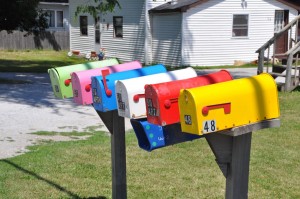 Fairfield was our next objective.  This is an even smaller and more remote farming community

where ice fishing houses sit in their owners’ fields hoping for a colder winter than in 2012. 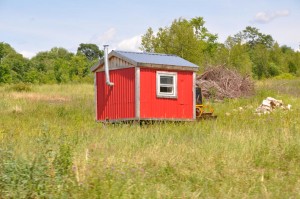 However, the town’s claim to fame is that it is the birth place of our 21st president, Chester A. Arthur. 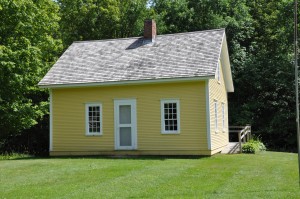 The parsonage the Arthur family moved into in 1830

Who, like Teddy Roosevelt and Vermont’s other native son who became president, Calvin Coolidge, was serving as the nation’s vice president when the sitting president died.

Our odyssey continued as we drove south along Vermont Route 118 where we visited nine historic covered bridges. 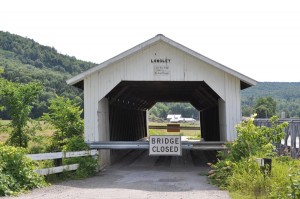 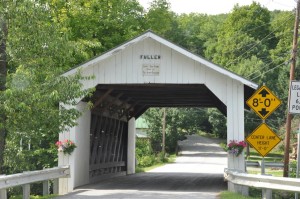 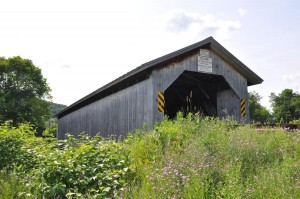 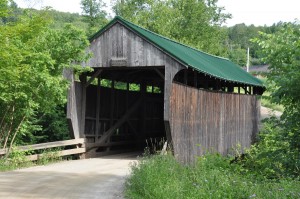 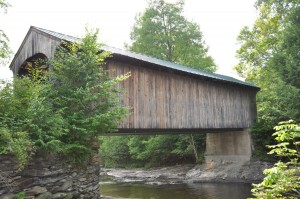 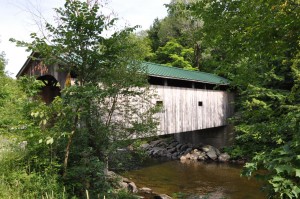 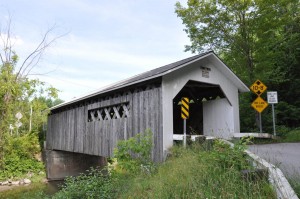 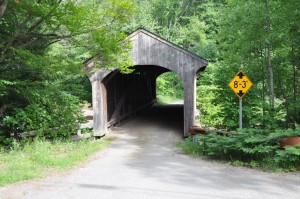 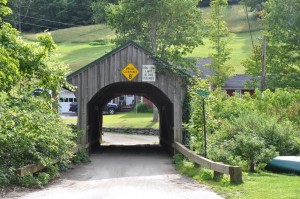 Debbie bravely drove over all but one of these structures. 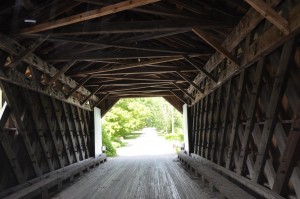 Enroute back “home” we made a needed grocery run and still got back in time for wine, dinner and fireworks on the New York shore across the Lake from our campground. 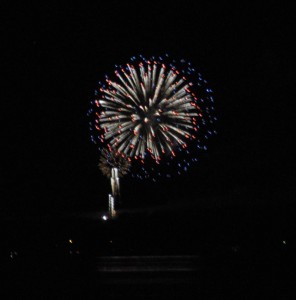 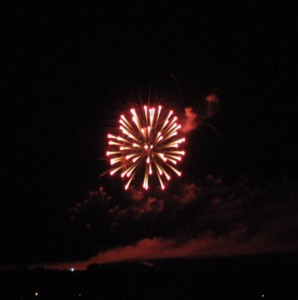 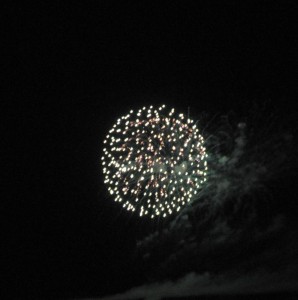