Relaxing drive from Rapid River to St. Ignace where we again crossed the Mackinac Bridge. The vast majority of the drive was, again, along a tree lined road where, once again, Debbie was honing our camera in on old barns 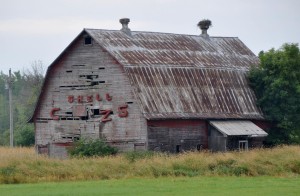 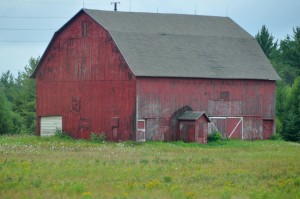 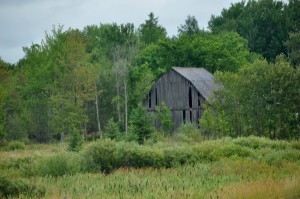 as well as a variety of other old and unusual roadside attractions. 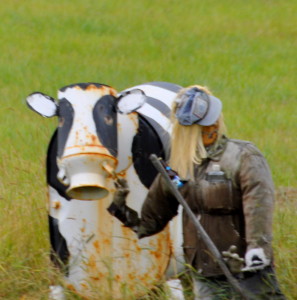 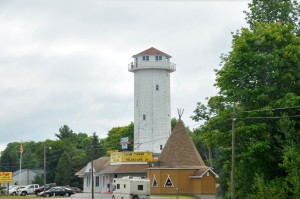 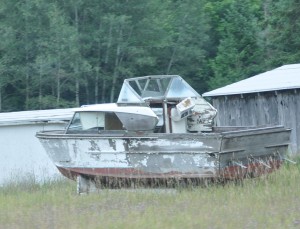 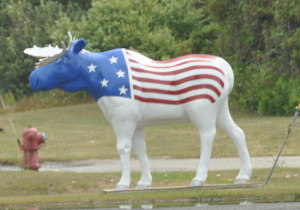 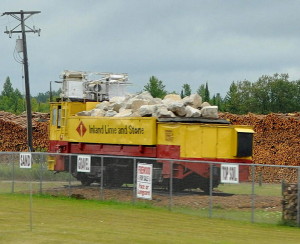 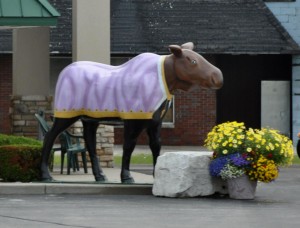 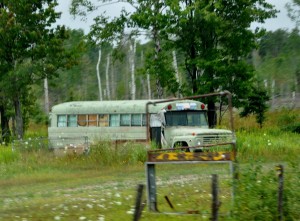 Then there are the dozens of restaurant signs advertising their 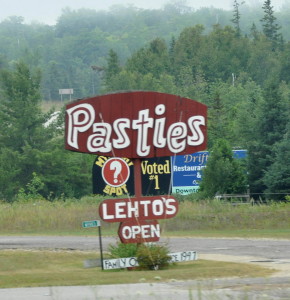 Pasties are a baked pastry, a traditional variety of which is particularly associated with Cornwall, the westernmost county in England. It is made by placing uncooked filling typically of meat and vegetables, on a flat pastry circle and folding it to wrap the filling, crimping the edge to form a seal. After baking, the result is a raised semicircular food item. They were a popular lunch food for the miners who worked long hours in the copper mines of northern Michigan.

Together with Fudge, Pasties 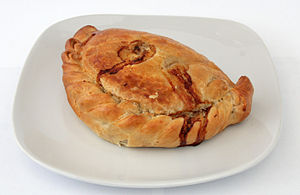 appear to be the most promoted food to the tourist trade throughout Michigan!

We did hit one long stretch of Road Work … 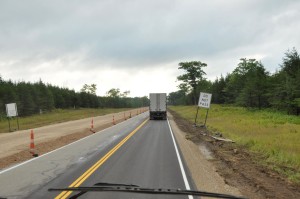 A narrow two-lane road with no-forgiving shoulders, making passing semis coming at us in the other direction a bit nerve racking.

Nearing St. Ignace, the road began to run close to the north shore of Lake Michigan 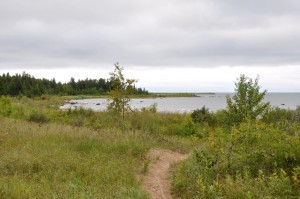 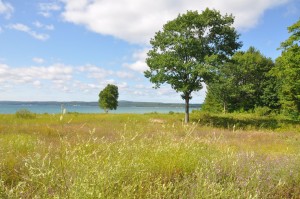 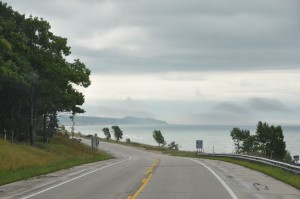 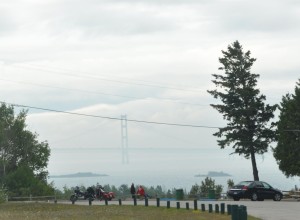 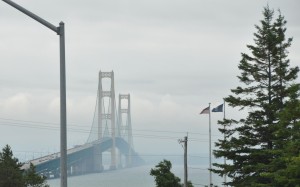 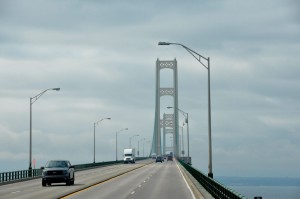 taking us back to Michigan’s Lower Peninsula … leaving the UP, which we’ve grown to love, behind.

The 35 mile drive to Petoskey included a stretch of some of the worse road we’ve experienced on this trip. 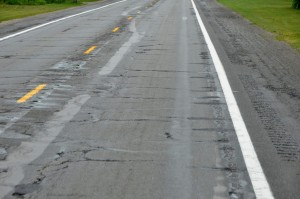 This afternoon, Debbie and I decided to drive to Petoskey’s Lake Michigan shore to look for some “raw” (unpolished) Petoskey Stones. 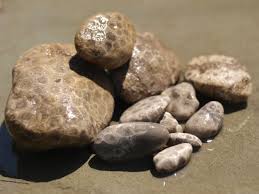 A Petoskey stone is a rock and a fossil, often pebble-shaped, that is composed of a fossilized rugose coral. These stones were formed as a result of glaciation, in which sheets of ice plucked stones from the bedrock, grinding off their rough edges and depositing them in the northwestern (and some in the northeastern) portion of Michigan’s lower peninsula. In those same areas of Michigan, complete fossilized coral colony heads can be found in the source rocks for the Petoskey stones. 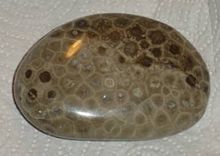 Unfortunately, the directions we were given to the beach were a bit off … but they did take us to a bike path. So we took our bikes off our Jeep and headed out.

Before reaching the Petoskey State Park beach, we spotted another of the “Man in the City” silhouettes, this one atop a local brewery, 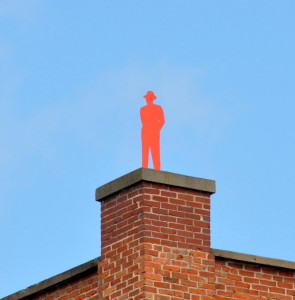 Initially, 30 of these 5’ tall, 50 lb. steel sculptures created by John Sauve adorned the rooftops of building across Detroit.

we’d first seen in Detroit. There are varying anecdotes about the meaning of the Man in the City, the most accepted reason is that the project creates a metaphor for life that transforms the skyline and encourages people to look around. In the discovery process one becomes aware of their own sense of place within the City of Detroit.

Our bike trip finally took us down a woodland trail 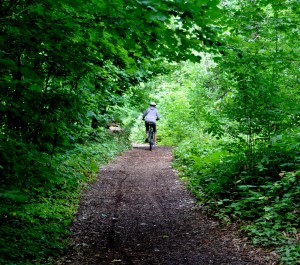 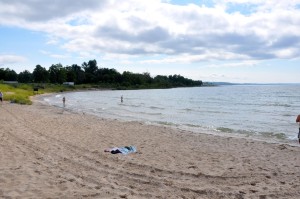 where some young people frolicked in the water 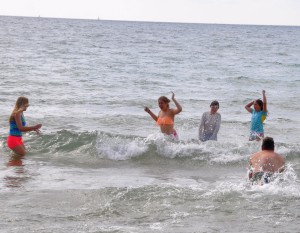 while other skipped flat stones … and adults scoured the shore for raw Petoskey stones.

none of which, we suspect are actually Petoskeys!

This evening, we all got together to watch Bill Irvine’s DVD of our 2011 Alaska Adventure which had brought us all together. 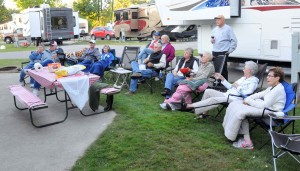 It brought back so many memories of the beauty of the landscapes we traveled through, 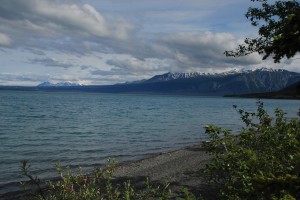 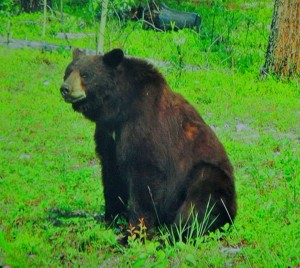 and camaraderie of the thirteen couples who spent those two months together … and the reason so many of us are together for a third annual reunion.