We got up early this morning to what had been forecast as warm sunny morning.  Rather, fog and temperatures in the low 40s. 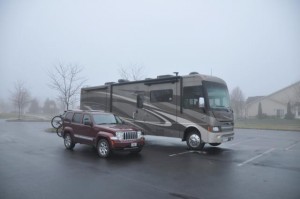 Our drive down I-95 through Philadelphia and Delaware proved equally gloomy. 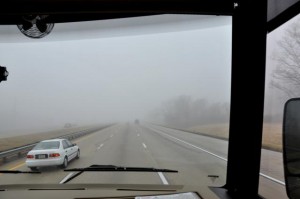 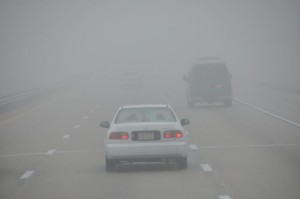 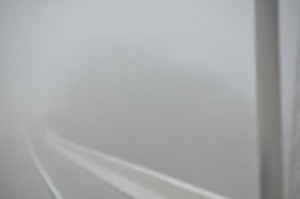 Traveling across the Susquehanna River Bridge the visibility dropped to a less than a tenth of a mile … and the river below was completely obliterated. 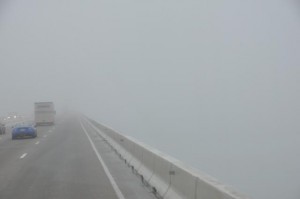 By the time we reached 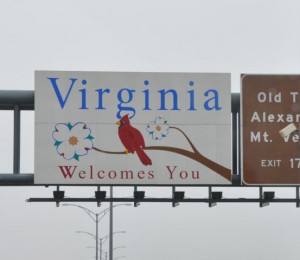 while the visibility had improved, the ceiling remained so low that many apartment buildings in Arlington were shrouded in fog.  It was not until about 20 miles north of our campground that the sun peaked through for a few brief moments and the temperature soared to nearly 70o. 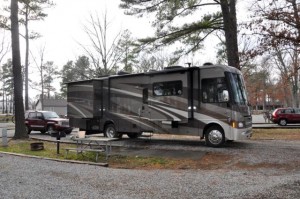 Again, proving that it is indeed a small world, the couples two rigs next to us are both from Levittown, PA and one had purchased a motor home we’d test driven from the same dealer and salesman from whom we purchased ours.  We’re also scheduled to stay at the same campground tomorrow night.