When getting ready to leave our campground, we retracted our slides, one of which finally closed with an unusual and loud noise we’d not heard before. NOT GOOD!

However, with no RV service companies in the area and as it was the start of the Labor Day weekend, we decided to just head south.

Our trip from Wapakoneta to Richmond, KY (just south of Lexington) was pretty uneventful, as I-75 wound its way south through miles of pretty boring landscapes.

We were surprised to discover tomatoes are apparently a local crop. 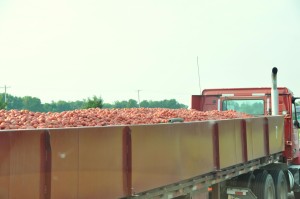 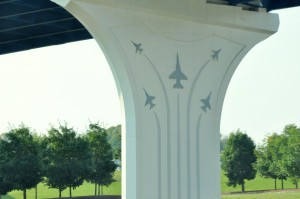 In and around Cincinnati, we spotted an over-sized yellow duck atop several buildings and signs, their meaning unclear. 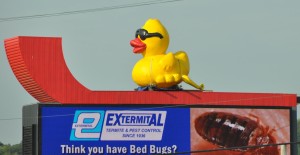 After crossing the Ohio River, 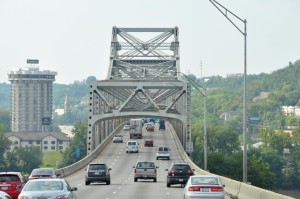 we discovered tobacco is apparently grown in Kentucky. 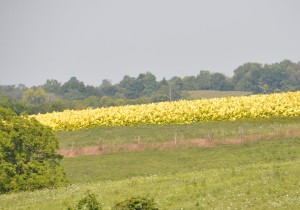 After getting settled in Fort Boonesboro State Park 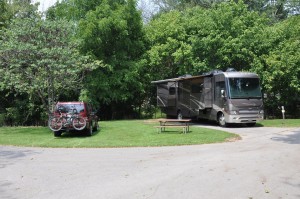 and opening our slides, I was able to determine the cause, fortunately, not a serious problem … but one needing attention. Hopefully, we’ll be able to get serviced on Tuesday morning.

We spent this evening visiting with Kathy Kelly, my late cousin’s, (Jack) wife; and where we spotted a family of interlopers she’d not previously noticed. 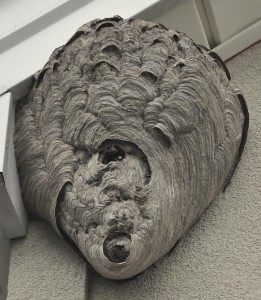