Today, we spent the day with Kathy who took us to Camp Nelson National Cemetery, the second National Cemetery we have visited on this trip, the first being located at the Custer Little Big Horn Battlefield in Montana. 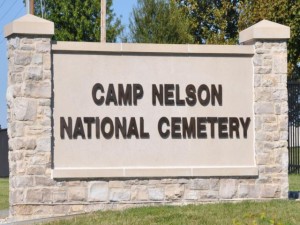 Located in southern Jessamine County, Kentucky, it was originally a graveyard associated with the nearby U.S. Army’s Camp Nelson which was active during the Civil War and its aftermath.  The cemetery encompasses 30.2 acres (12.2 ha), has a capacity for 15,000 graves, and currently contains over 12,000 interments, nearly all of which were, at death, either Armed Forces personnel on active duty, Veterans of the Armed Forces, or their dependent family members. 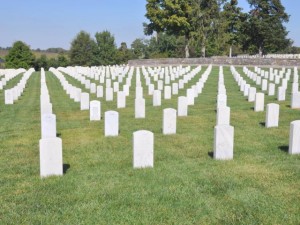 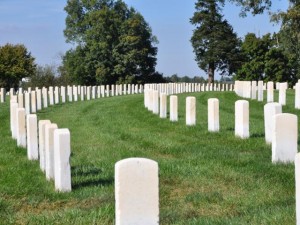 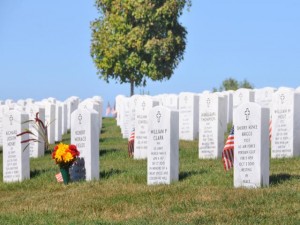 There are 2,452 burials that date to the Civil War and of those, 837 are known to be the graves of African-American soldiers.  Their gravestone are marked with the letters “USCT” over their names; the designation stands for “United States Colored Troops”.  As of March 2002, there had been 10,804 burials, including the remains of 1,245 unknowns from the Civil War, at the cemetery.

There is also a small section in which there are 12 grave stones to honor the memory of those Kentucky Veterans whose remains have not been recovered, were buried at sea, were dedicated to medical science or were cremated and their ashes scattered. 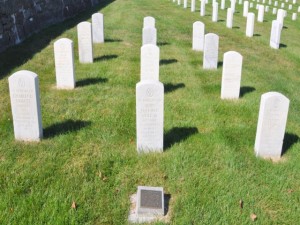 One anecdotal note we found very interesting was that at the end of the Civil War, the remains of some 300,000 Americans, both Union and Confederate, were recovered and reinterred in military cemeteries.

From there, we traveled just a mile to Camp Nelson, established in 1863 as a depot for the Union army during the Civil War.  It became a recruiting ground for new soldiers from eastern Tennessee and escaped slaves, many of whom trained to be soldiers.

At Camp Nelson 10,000 African Americans were emancipated from slavery in exchange for service in the Union army. These soldiers sometimes brought their families to Camp Nelson; such refugees totaled 3,060 and were cared for by missionaries. At one point, in November 1864, Camp Nelson was not a legal place of refuge for slaves. The Union soldiers forced out 400 women and children to leave the camp; the refugees suffered 102 deaths due to severe weather until allowed to return to camp. Some 1300 refugees died at Camp Nelson, reflecting the high rate of infectious disease at camps. Camp Nelson was the smallest of the three locations where blacks were trained to become Union soldiers; the others were in Boston and New Orleans.   In a more rural area than the other former facilities, Camp Nelson is the only one whose land was never developed after the war for other purposes. 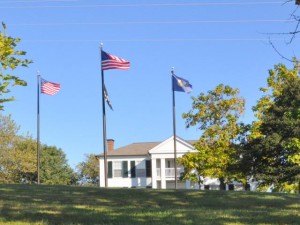 The antebellum Oliver Perry House, known as the White House, served as an officers’ quarters and is the only structure still standing from the Civil War period 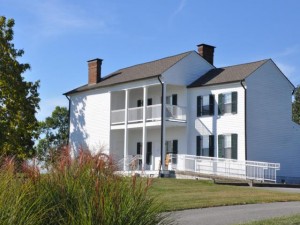 In the interpretive Center, there are several accurately-depicted displays. 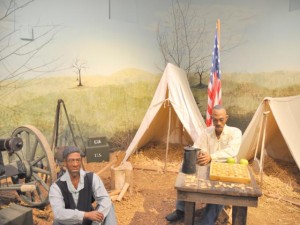 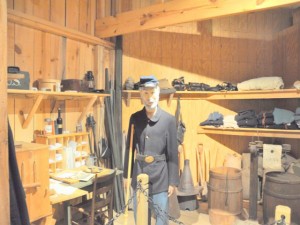 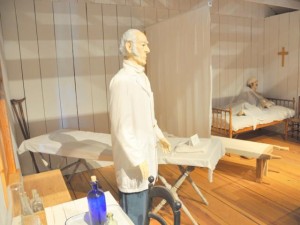 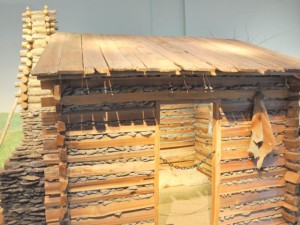 Refugee Shanty Quarters where families of the black soldiers lived 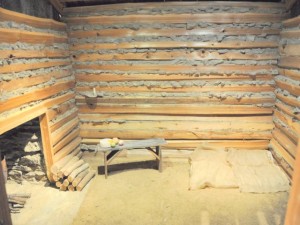 We enjoyed a great dinner Kathy had prepared this evening.