It’s the first day of fall under a cloudless blue sky!

Contrary to what we’d thought, the current setting for the Grand Ole Opry is not in downtown Nashville but some 8 miles to the east in an area known as Opryland.

The first thing which stuck us was the unusual speed limit signs in the Grand Ole Opry complex. 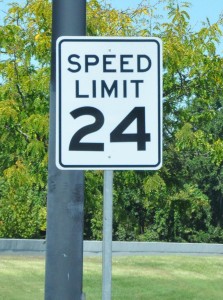 Whereas we were somewhat under-impressed with the Country Music Hall of Fame, we thoroughly enjoyed the Grand Ole Opry, the world’s longest running live radio program; since its beginnings November 28, 1925! 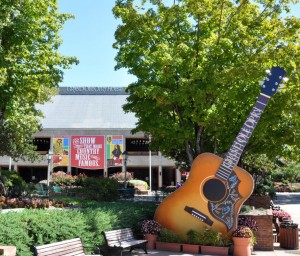 Landscaped with some colorful plantings 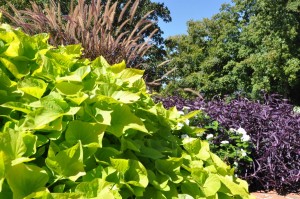 which were aflutter with butterflies. 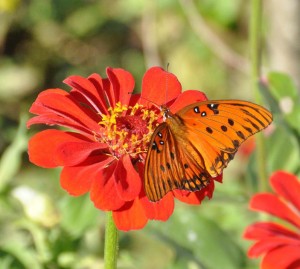 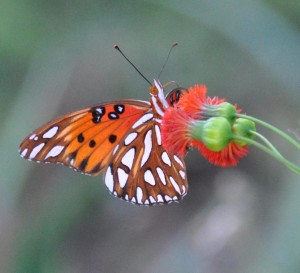 Nearing the front of the building, its wooden doors and towering three-story windows provide dramatic entrance. 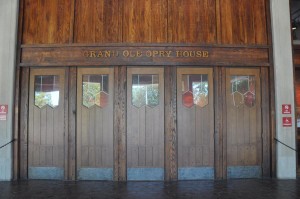 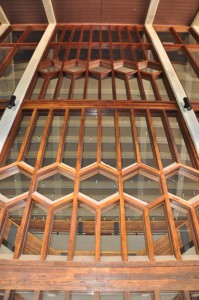 However it was the backstage tour which was so interesting. 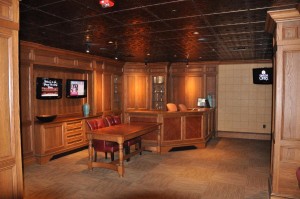 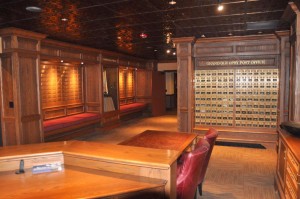 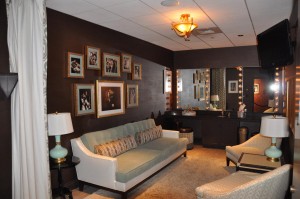 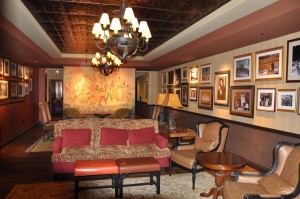 Artists’ “Green Room” (where they can relax before going on stage) 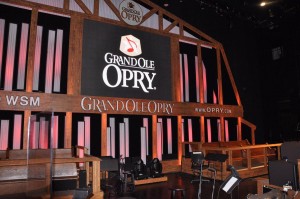 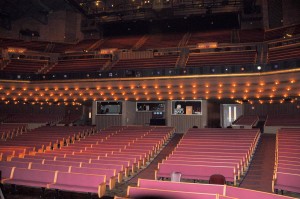 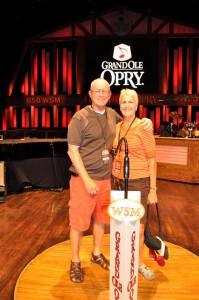 From there, after a brief stop at Camper’s World, we drove to The Hermitage, General, and then, President Andrew Jackson’s home.  The 1,120 acre property is reputedly our nation’s most authentically preserved early presidential home site. The museum includes original artwork, furniture, textiles, personal items, wallpapers, and much more.

The original home built by Jackson and his wife, Rachel, was a two-story log home (when the later mansion was built, the first floor of their original home was removed with the remainder becoming a slave quarters). 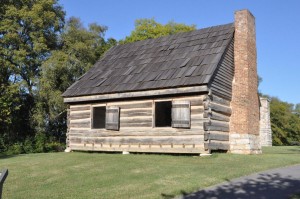 The mansion was constructed between 1819 to 1821 by skilled carpenters and masons from the local area, the original section of the Hermitage mansion was a brick Federal-style house. 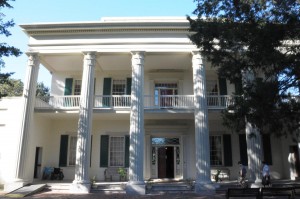 Fire heavily damaged the house in the fall of 1834.  Remodeling transformed the entrance façade into a fashionable Greek temple.  Six two-story columns with modified Corinthian capitals range across the front porch. Similar columns with Doric capitals support a two-story rear porch. A coat of light tan paint on the front façade and sand coating on the front porch columns and trim simulated the appearance of stone.

Inside the house, the builders thriftily re-used Federal-style woodwork, Greek Revival-style mantels and woodwork, taken from the design pattern-book of a New England architect.  The highlight of the interior architecture is the cantilevered elliptical center staircase, which replaced the earlier “dog-leg” staircase, a straight flight of stairs with two landings.  The builders completed the repaired and remodeled house just before Jackson returned from Washington in 1837 at the end of his second term

Unfortunately, interior photos were not permitted.  However, when reviewing my daily pictures, look what I found on my camera … 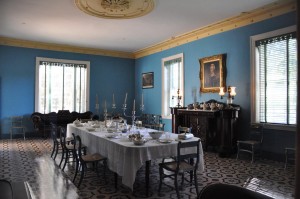 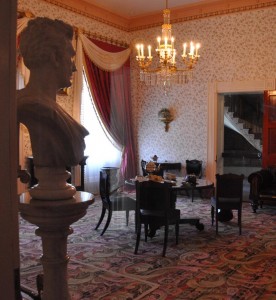 The grounds were beautiful, although vastly different than when Jackson lived there and while most of the slave quarters were demolished a long time ago, a few such building have been preserved or reconstructed. 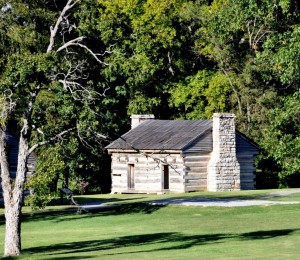 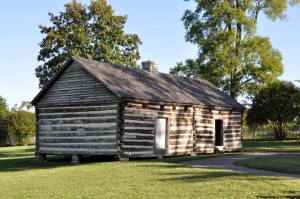 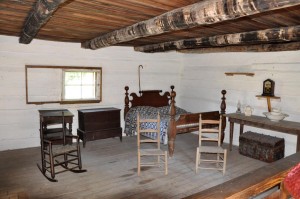 Jackson and his beloved wife Rachel, and many decedents of their adopted child, Andrew Jackson II, are buried on the property. 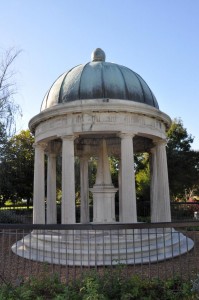