Yesterday we did little more than hunker down and listen to the incessant rain pitter-patter on the roof of our motorhome for almost the entire day. 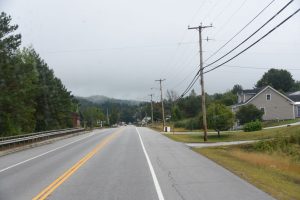 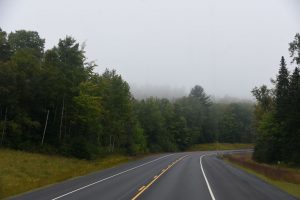 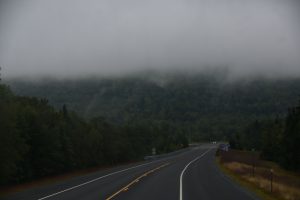 with our route taking us past the historic Mount Washington Hotel complex in Breton Woods. 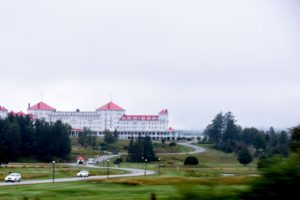 Along the way, we caught glimpses of the rail line 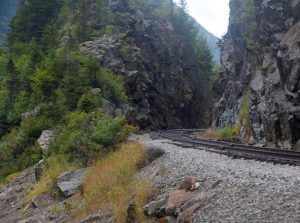 which descended through Crawford Notch (sometimes even with us sometimes above us as its descent was, by necessity aa shallow and nearly constant grade as opposed to the road bed which could loose elevation much quicker) 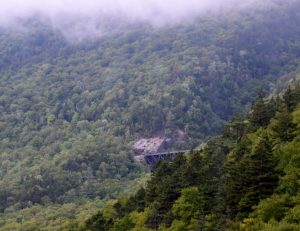 and ew began to catch sight of some patches of blue sky and sunshine on some distant hills. 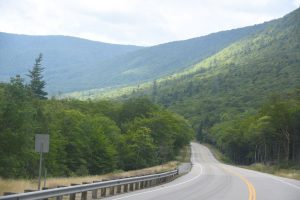 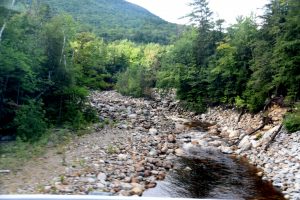 and the Wiley House 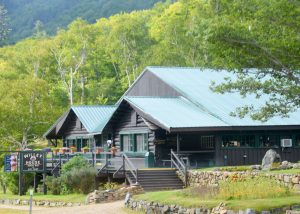 In the summer of 1826, northern New England experienced a drought, which ended with the arrival of a terrific storm on the evening of August 28th.  Major flooding followed, with the valley at Crawford Notch being one place that suffered the consequences.  All but two of the bridges that ran through the notch were destroyed, trees suffered a similar fate and the high sides of the valley were gouged by swollen streams and landslides.

The Willey House was a scene of desolation due to the effects of an avalanche on a mountain behind it.  The house, however, had survived in an island of calm because the surging debris split either side on a low ridge and then unified again beyond it.

Local residents visited the house in the aftermath of the storm.  It was empty, with signs that there may have been a rapid departure from it, such as unmade beds, clothes strewn around and ashes in the fireplace and an open Bible on the table.  A search of the devastated area over the next few days revealed the bodies of the Willey parents, two of their daughters and two hired hands; the remains of the other three Willey children were never found.  Some livestock had also been killed, including those in a now-destroyed stable.

There followed various theories as to what had happened, the most likely of which is that the occupants abandoned the property as the avalanche approached but in doing so, in darkness, they unwittingly put themselves in the path of it around the point where the flow reunited.

In Conway, park benshes have sometimes been replaced with ski lift chairs. 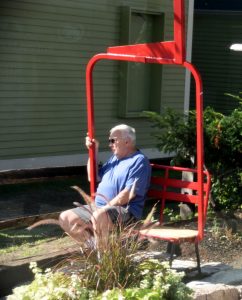 In Albany, we caught glimpses of Mount Chocorua, 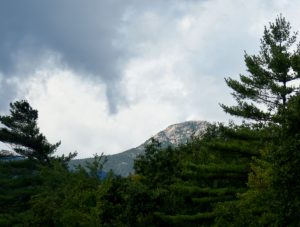 a 3,490-foot summit and the eastern most peak of the Sandwich Range.  Although the mountain is not outstanding for its elevation, it is very rugged and has excellent views of the surrounding lakes, mountains, and forests.  It is one of the most photographed mountains in the world.

With less than eighty miles to drive, we arrived at the beautifully wooded Wolfeboro Campground 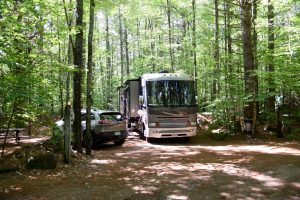 a little before noon. After lunch, I spent an hour trying to figure out why one of our GFI outlets had stopped working.  It seems, that one of our 110V circuit breakers had "popped" … but instead of moving all the way from the left to the right in the panel, it only moves 15o-20o, making it very difficult to see.   The good news is that is now working again!

We then went over to visit with my cousin Sandy and husband Jeff.  An afternoon ride on their pontoon boat 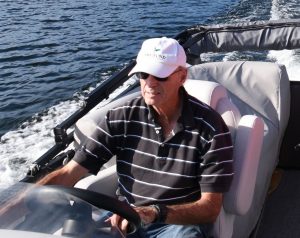 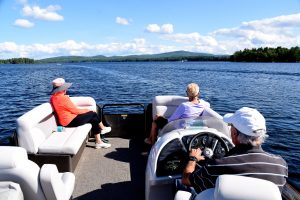 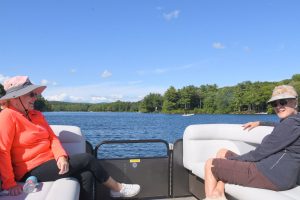 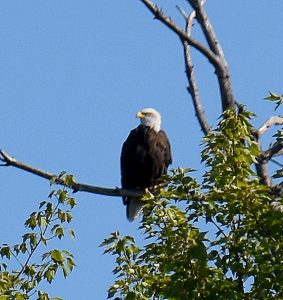 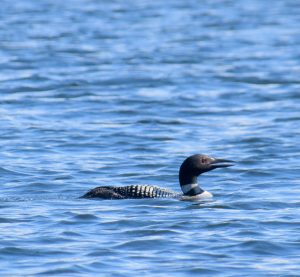 as well as a close-up of a gull posing on a buoy marker. 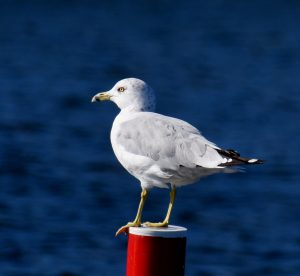 We also came close to an otherwise non-descript island. 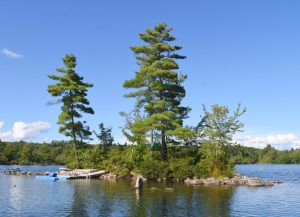 However, it becomes more interesting when we found out that it once belonged to a very well-to-do couple.  In their subsequent divorce, she apparetnly parted with much of his weaalth, but magnanimous graciously left him with one of their private islands. 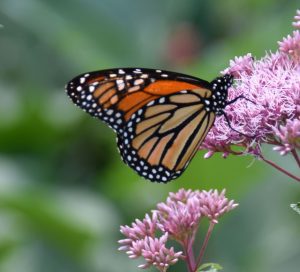 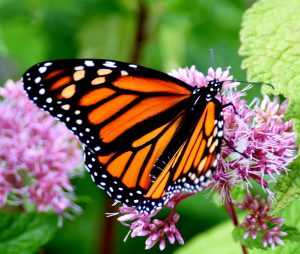 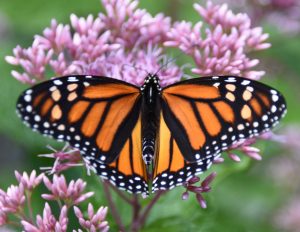 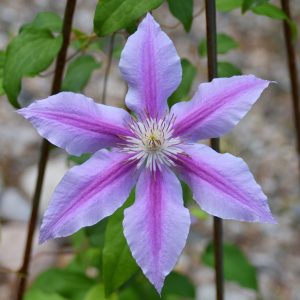 A fantstic pasta and scallop dinner capped off a great day!