Aug 24 – Off on Another Adventure

We got an early start heading for Saugerties in the Catskill region of New York's Hudson River Valley, our first stop during which we will be visiting with many friends and family members as well as touring the FDR Library/Museum (the last of the official presidential libraries/museums) and nearby Val-kill, Eleanor Roosevelt's homestead after her husband died in 1945 … before going to the remaining five state capitols (Albany, Montpelier, Augusta, Providence and Hartford) we've not yet seen.

Leaving Pennsylvania, we crossed a new span of the Scudder Mill Bridge over the Delaware River. 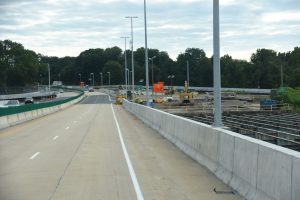 When the remainng section of the new bridge is completed, the old bridge is scheduled for demolition.

Our drive through New Jersey was generally uneventful with relatively light traffic,.  However, we did notice an above average presence of state police and speed traps. 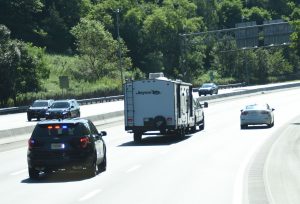 Fortunately for the driver of the travel trailer, this state trooper was not chasing him. 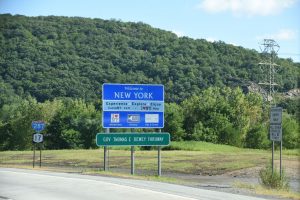 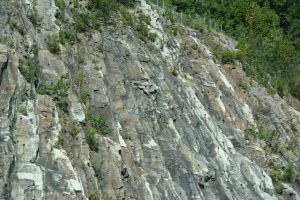 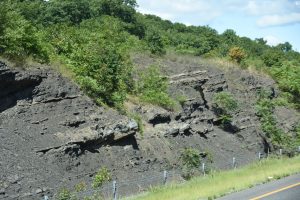 whose igneous and metamorphic crystalline basement rock of New York formed in the Precambrian Era (circa 540 -250 million years ago).

At one point, our journey was interrupted by a loud "splat" on our windshield. 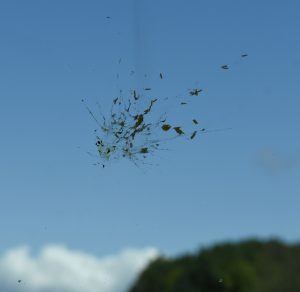 We're not certain what type of large insect or small bird caused it, but the encounter was obviously fatal for it.

Continuing north, views of the tree-covered Catskills began to appear. 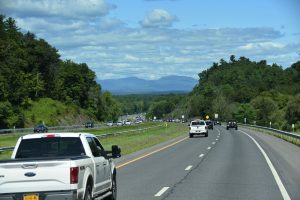 Debbie was elated to finally spot one of her favorite photography subjects … decaying and overgrown barns and sheds. 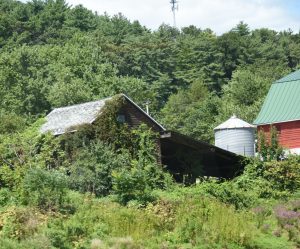 Just after exiting I-87, we spotted the very earliest signs of fall … which is still a month away. 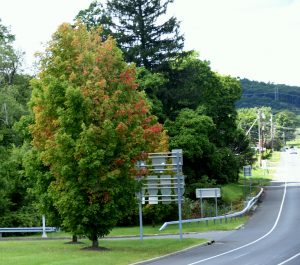 We arrived at the Rip Van Winkle Camground shortly after 1:00 PM 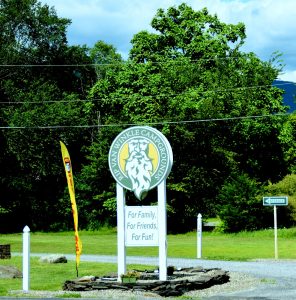 where we found we were in a beautiful and almost near private pull-thru site. 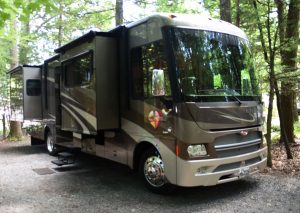 As this is our first day on the raod since returning from Florida on May 12th, there was some "housekeeping" and cleanng chores needed, both inside and outside our coach.

This evening, Judi and John Melby (John was married to my sister, Nancy, until her death in 1974) 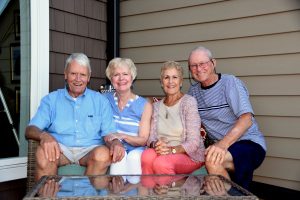 visited and brought a delicious rice and chicken dinner with them.  We were alll shocked to realize that it had been more than six years since we'd last been together … but will see them again tomorrow!