After listening to the weather forecast, we left Winnipeg early … arriving in Brandon just afternoon … in time to get hooked up only moments before the thunder started to rumble and the heavens opened up.  Thus, we’re passing on taking in Brandon’s Souris suspension bridge, the longest in Canada (3’ wide and 582’ in length). 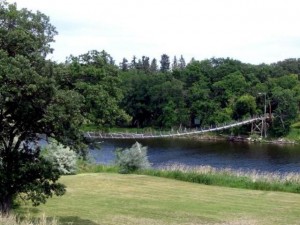 Borrowed the photo from the Internet

As it turns out, however, the bridge is closed due to damage during recent floods.

The Trans-Canadian Highway has some exceptionally smooth sections, some which are so bumpy that the bouncing jars your teeth and other lengthy sections under construction. 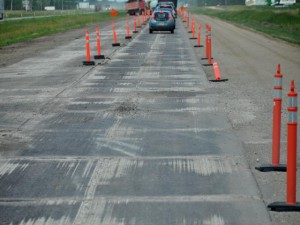 The fields of brilliant, yellow canola sometimes stretch for miles. 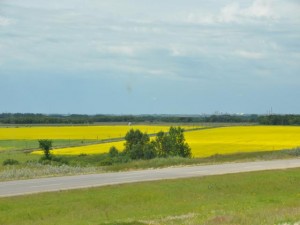 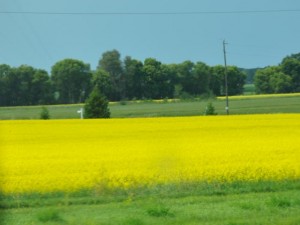 Meantime, Debbie has still yet to see an old barn which doesn’t need photographing. 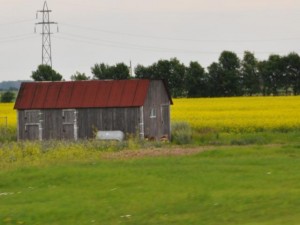 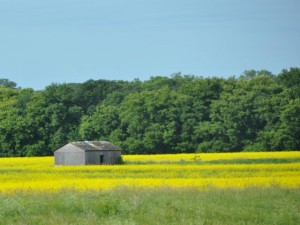 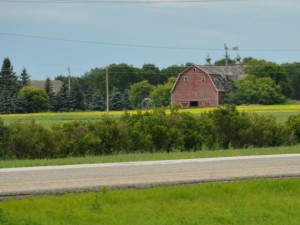 After the flatness of the past two days in Manitoba, we suddenly realized that the fields of crops were periodically interrupted by a gently rolling landscape, 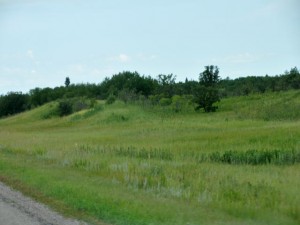 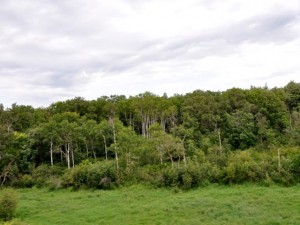