Once again, we got an early start and our drive through South and North Carolina and even the southern half of Virginia (below Richmond) was much like the day before with only light to moderate traffic and virtually no slowdowns.

However, there were some of Debbie’s subjects, decaying buildings 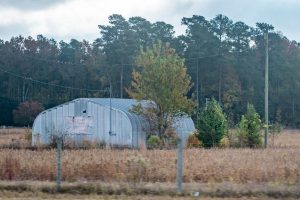 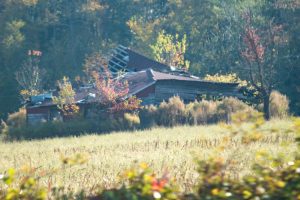 and some pretty incredible fall color. 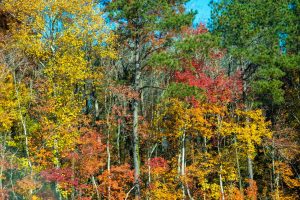 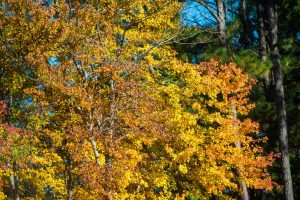 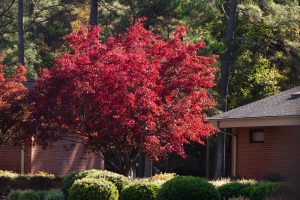 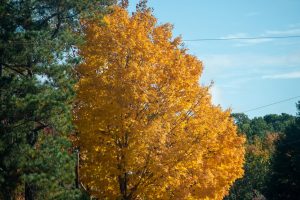 Not surprisingly, there was evidence this was Second Amendment territory 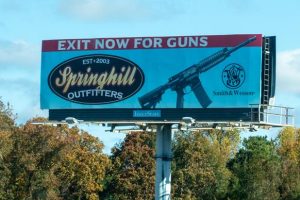 as well as early signs that the “Jolly Red Elf” visit was not far in the future. 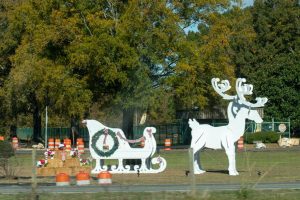 While refueling in Ashland, VA it occurred to us that unless we ran into any major traffic delays we could make the remaining 280 miles by around 5:00 – 5:30.

But, predictably nearly Lorton and on until crossing the Potomac, construction, 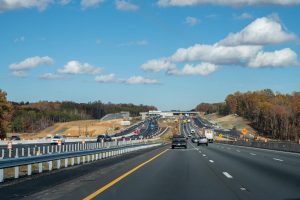 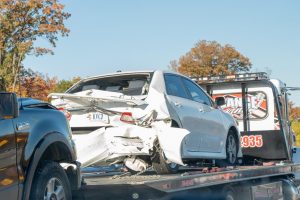 and a seemingly endless number of vehicles 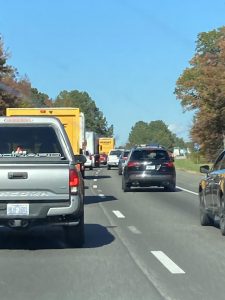 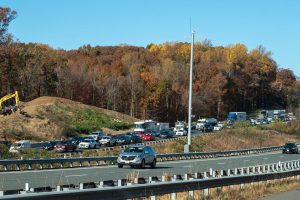 kept our speeds to a crawl for close to an hour.

Leaving the DC area, we again made good progress until reaching Philadelphia with its, now after-dark, rush hour traffic. 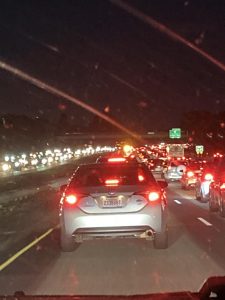 Still, after ten hours on the road, we rolled into our driveway around 6:30 PM.

Hoping to be headed back to Sarasota sometime between Christmas and New Years.