We did a little shopping and caught up on some bills and rest after the past several days.

Ken and I played golf on a beautiful course, Misty Creek, with Sandy’s husband, Jeff and a friend while Debbie and Sandy did some shopping and visited a local art show.

On the fourth hole, I found myself practicing for the sequel to “Tin Cup”.  After I put my first ball in the lake between the tee and fairway, I confidentially teed up a second which followed a similar errant course and SPLASH!

Now, any sane golfer would then take a drop along the fairway.  Not me!  A third ball and, you guessed it … another hook which scattered several water fowl enjoying a leisurely swim.

Still not satisfied with the results, I decided to alter my stance and swing.  Fortunately, I stayed well away from the water.  Unfortunately, I sliced it deep into an impenetrable jungle.

At that point, I stopped keeping score … which proved a wise decision as my game remained erratic and four other balls were left for those brave enough to venture into the undergrowth or take a dip in some of the alligator and snake inhabited water hazards.  I figure the 18-hole result might have set an all-time high for me … but the company was great!

I’d have been far more successful with a camera as we were surrounded by herons, egrets, sand hill cranes, turtles, deer, alligators, several species of ducks and other wonderful wildlife.

That evening, eight of us enjoyed a great dinner at a local Bonefish Grill.  Then back to Ken’s and Cheryl’s for wine and dessert.

After a bike ride and some housekeeping, Debbie’s brother, Dick, and wife, Kate, swung by to pick us up for lunch at the Pier 22 Restaurant along Bradenton’s Manatee River waterfront. 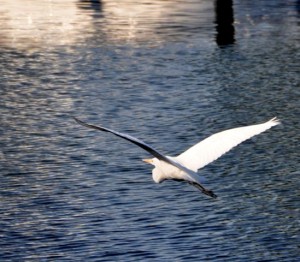 After lunch, we strolled along the Riverwalk,

a 1-2 mile paved pedestrian (bike, scooter and skateboard) walkway past a marina, 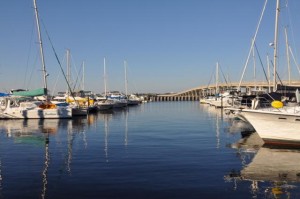 under two major highways across a set of railroad tracks (leading to a draw bridge), 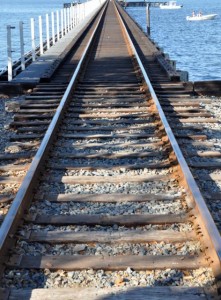 and along the bank of the river. 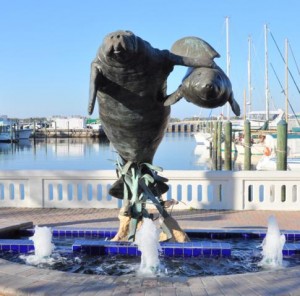 Then they drove us by a home on which their offer had just been accepted.  They’re going to love it!

Back to our campground for wine and “nibblies” … and watched a gorgeous full moon rise through our windshield.

Errands and a bike ride in the morning.

I finally figured out how to connect my computer up to our television so we can watch Netflix movies on a “big screen” rather than one of our laptops or my iPad.

This evening, Ken and Cheryl came by for dinner … 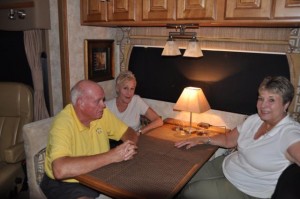 We drove north to Land-O-Lakes today to meet Cheryl’s dad, Ralph, about whom we’ve heard so much for more than four decades, and his new wife, Virginia.  What delightful and thoroughly interesting people and the visit lasted far longer than planned.

We all had lunch at a local favorite, Hungry Harry’s Bar-B-Que 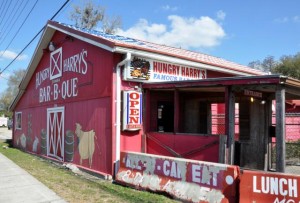 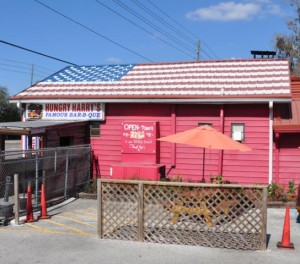 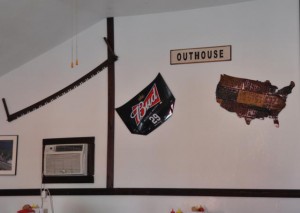 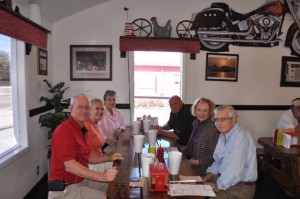 On the way back to our campground, we passed the largest “Stars And Bars” Confederate flag we’ve ever seen. 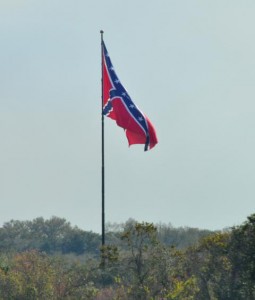 Back in our campground, we took a short bike ride and passed perhaps the most “creative” planter we’ve ever seen. 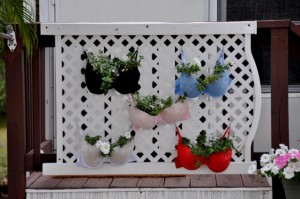 Tomorrow, we head for Naples.