David and LaDonna, two friends from Denver we’ve met on the caravan joined us today for some local sightseeing.

The Beringia Interpretive Centre was our first stop; which highlighted through videos, fossils, dioramas and other exhibits the unique landscape, fauna and flora of much of the central Yukon and Alaska together land bridge (green below) which joined North American with Siberia during the last Ice Age. 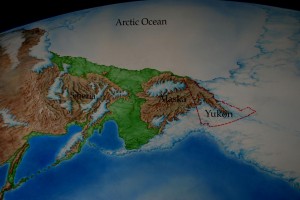 What was most interesting was that this area, despite its northern location, was not covered with glaciers, although the climate was windy and cold.

It was during this period (some 24,000 years ago) that the first human inhabitants of the Americas as well as many now-extinct animals arrived from Asia across Beringia.  Among these animals were 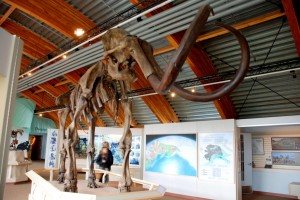 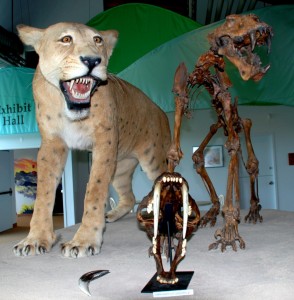 Scimitar Cat – with a Smilodon (Saber-tooth) skull in foreground 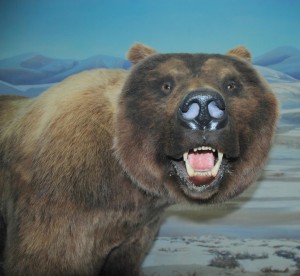 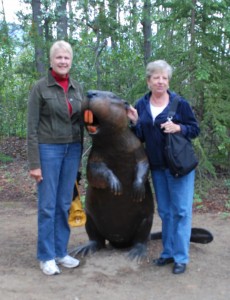 From there we drove to Peace Park in the center or Whitehorse on the bank of the Yukon River.  We arrived just three minutes before a starter sent a hoard of paddlers 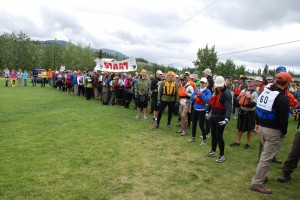 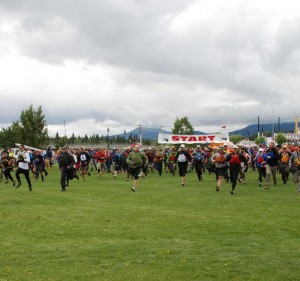 for their canoes, kayaks and other similar craft 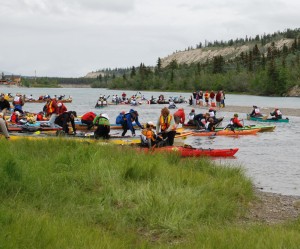 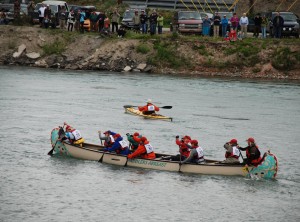 for a race from Whitehorse to Dawson City, 450 water miles to the north … over 2½ days!  For the most competitive of the contestants the paddling will go on 24 hours a day until the reach their destination or the allotted time expires.

The turnout to watch the race get underway was huge, with people cheering and ringing cow bells, and had the feel of the start of the Boston Marathon (albeit on a smaller scale).

Lunch and a couple errands came next; where we saw an unusual Alaska tour bus which seats up to 24 people and apparently also provides them with berthing quarters. 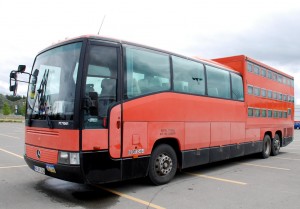 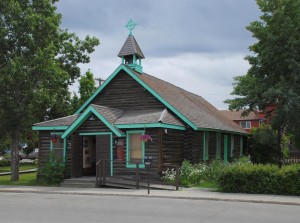 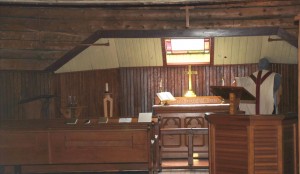 a log “skyscraper”, the first high rise in Whitehorse. 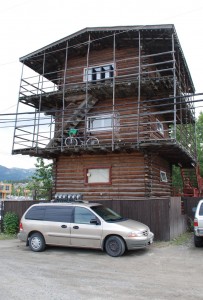 Next was the world’s largest weather vane 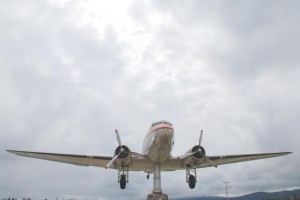 a DC-3 (Tail No. 4665) which was built in 1942 and was one of the planes which flew the Burma Hump between India and China during World War II.  I have to wonder if my Uncle Bob, who flew 160 missions in that theater, ever flew that particular plane. 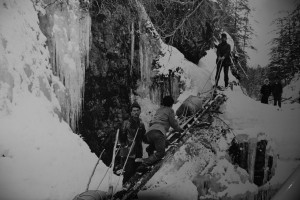 to narrow-gauge railroads to riverboats to pioneer aircraft 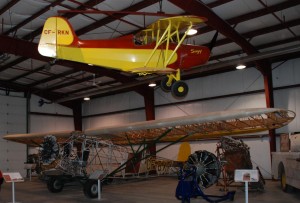 and planes being flown to Russia under FDR’s “Lend-Lease” program.