Today turned out to be our longest [and least interesting] day on the road, clocking more than 360 miles while taking close to 7 hours to travel from Overland Park, Kansas to Cape Girardeau, Missouri.

Due to an overcast sky and spending far too much time on the Interstate (which we decided to take as many of the alternate routes were reported as being intermittently impassable due to flooding from several days of intense rains) there was very little to see … other than water-inundated land. 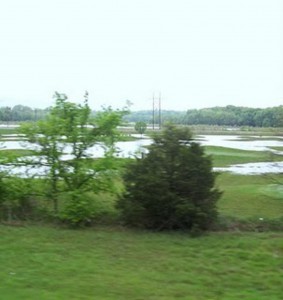 However, the day’s “highlight” (which happened too fast to grab a camera) was spotting a white sports car stranded on a flooded road … with only its windshield above water.

We arrived in Cape Girardeau late afternoon and were greeted by 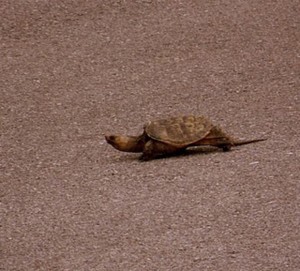 before checking in and being escorted to our campsite. 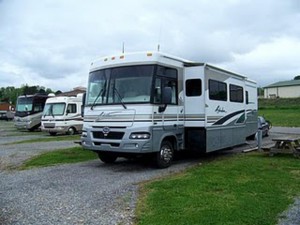