We left Taos and drove the westerly sector of the “Enchanted Circle” through the eastern section of Carson National Forest … and again topping out over 10,000′.  Driving through the pine forests, some 2-3 feet deep in snow, you could almost imagine you were back in New Hampshire. 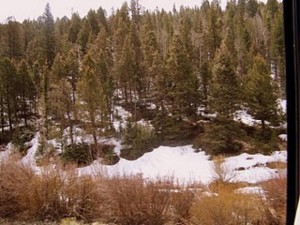 Once out of the National Forest, however, the vegetation changed rapidly and were again in cattle/horse country with long, straight roads bisecting endless plains on either side. 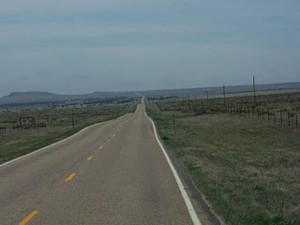 And mailboxes at the end of driveways where their owner’s homes are over the horizon. 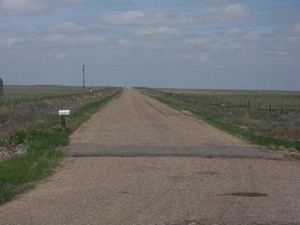 Between La Junta and Lamar, the most noticeable change was the near absence of any sort of cactus or other plants among the grasses, which were also looking greener until we finally spotted more traditional farms. 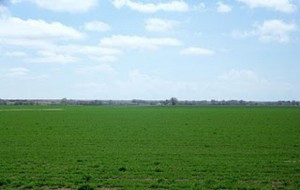 And, there were the abandoned buildings and, near Lamar, dealers of literally thousands of farm tractors and related implements. 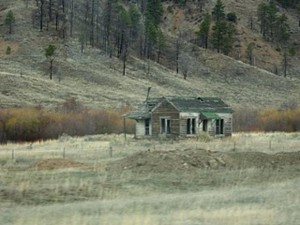 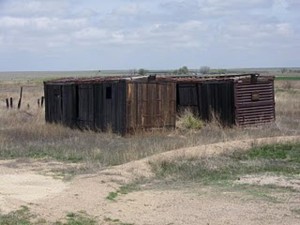 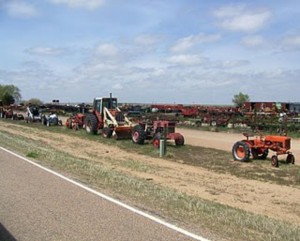 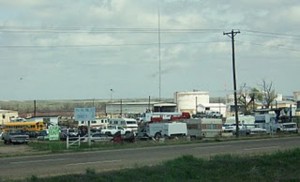 In addition to the cattle and horses, we saw sheep, llamas, antelope and donkeys,  At one point, we spotted a lone antelope running along the side of the road. 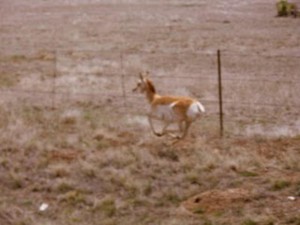 We clocked it at just over 40 MPH!

We arrived at our campground, unquestionably the nosiest and closest to a major street of any we’ve stayed at thus far. 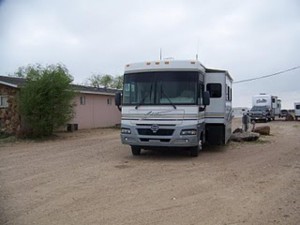 However, it is just an overnight stop.