Today, we headed out from Cortez, CO for Taos, NM.  The drive through Durango and south into Tierra Amarilla, NM was through mostly cattle and horse country with many large ranches on either side of the valleys we went through.  Sadly, there were many “For Sale” signs posted along the road.  A “first” during this stretch was the need to use our windshield wipers for a very short downpour; as we’ve not encountered any rain while driving nearly 5,500 miles.

We then climbed steeply through the western section of the Carson National Forest to a height of over 10,500′ .  The road was bordered by pine forests and snow covered fields.  The views would have been more spectacular had it not been for the over cast skies and low hanging clouds. 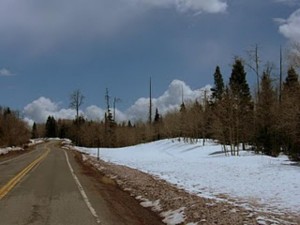 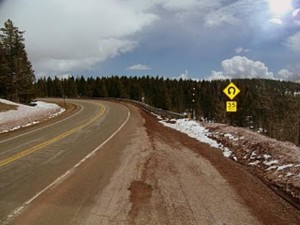 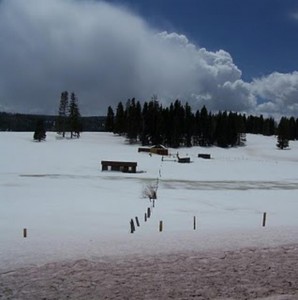 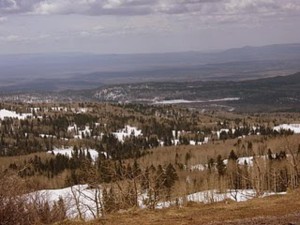 The ride down from the height of land was less steep and the valleys became increasingly wider.  When we finally exited the National Forest we were again in desert country, spotted by run-down homes, abandoned buildings and more junk cars that we could count. 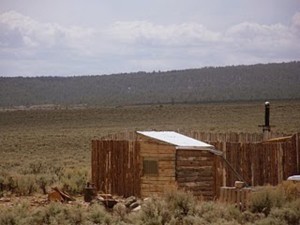 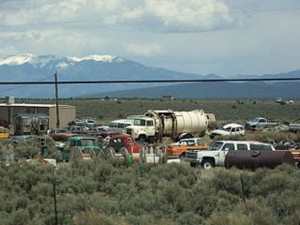 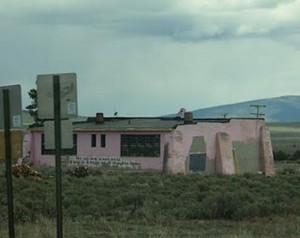 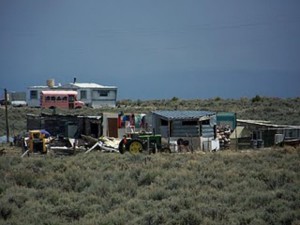 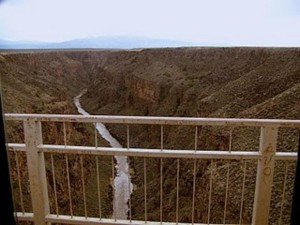 We’d heard a lot about Taos but were singular disappointed driving through the town to our campground, in the shadow of Mt. Wheeler (13,161′), the tallest peak in New Mexico. 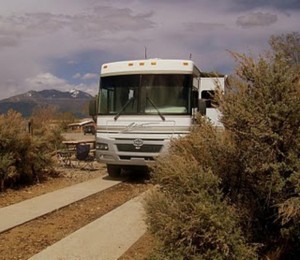 As a result, we opted for relaxing with a book and glass of wine!

This entry was posted in Carson National Forest, NM. Bookmark the permalink.