Although only 8 miles from our campground to the turn-off to Mesa Verde, there is a twenty mile, drive to the Visitor’s Center which climbs 4,000′ from the valley floor to the crest of the mesa.  Due to ongoing construction, we had to be escorted, in part, by a construction truck taking us by a rock slide repair section of the road; with shear drop-offs. 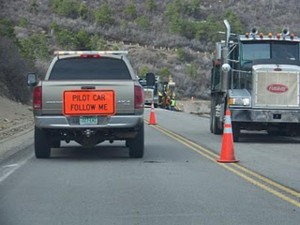 As we revisited the history of the peoples who inhabited the southeastern Colorado area, we were in awe of the conditions in which they lived and survived.

During the period between 450 AD and around 900 AD, the inhabitants lived in communities of  “pit houses”, (all excavations now under covered shelters). 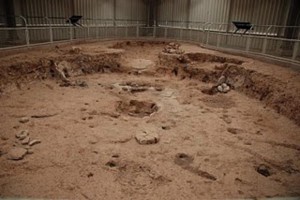 Over the next century, their architecture evolved in to pueblo homes … and during the 1100s thru the mid-1300s, they constructed the cliff homes, with their increasingly sophisticate Kivas, which archeologists believe were used for religious purposes, 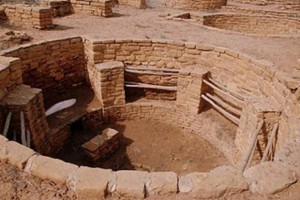 for which Mesa Verde is best known.  Within Mesa Verde, there are some 4,700 known archeological sites. 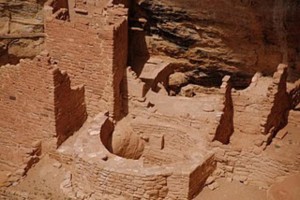 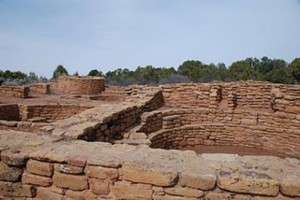 Climbing down to the Cliff Palace, we got to see the largest of these cliff communities “up close and personal”. 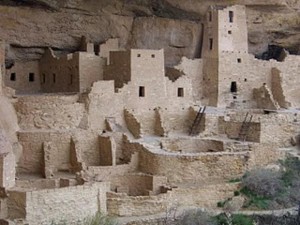 The only two disappointments:  first, certain sites were not open this time of the year and second, was the tens of thousands of acres which still showed the scars of lightening-started forest fires. 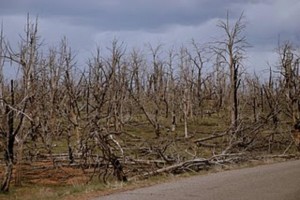 This entry was posted in Mesa Verde, Cortes, CO. Bookmark the permalink.