As I look out the window of our motor home writing this update, it is shortly after 11:00 PM.   Yet, the sky is still blue and the sun above the horizon. 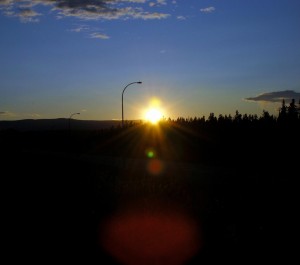 Today’s drive from Teslin to Whitehorse was one of the prettiest so far and under sunny skies. 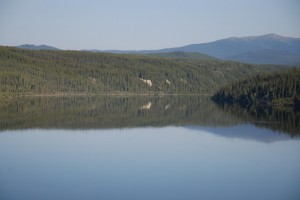 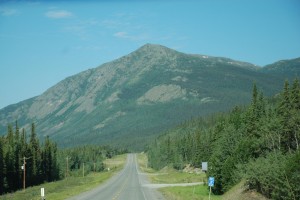 And, while we have picked up a another eraser-size windshield pit from stones kicked up by truck and other vehicle tires, the Alaska Highway has, thus far, been a pretty decent road; and a far cry from the horror stories we’d heard before leaving on our trip. 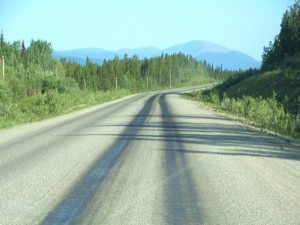 Actually one of the poorer sections

However, we have been told by some southbound RVers that there is a stretch between Whitehorse and the Alaska border where the road is very rough and making 25 MPH may be optimistic.

About a half hour into our drive, we stopped at Johnson Crossing for a cup of coffee and what was billed at the “world’s best sticky buns”.  I was NOT disappointed.  Not only was it the best I’ve ever eaten, but the biggest! Debbie settled for a far more modest blueberry turnover.

Again, for the umpteenth consecutive day on the road, we passed through road construction. 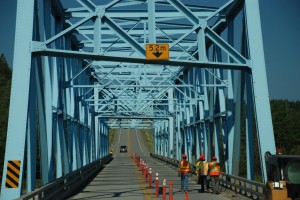 After arriving in Whitehorse we addressed a few minor electrical problems, cleaned the bugs off our windshield and a thick layer of dust and dirt off the Jeep.

This afternoon, we toured the SS Klondike, 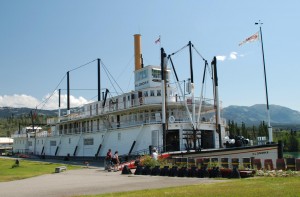 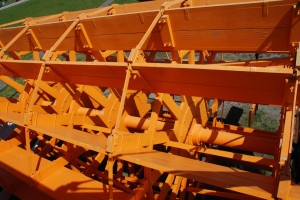 which plied the Yukon River 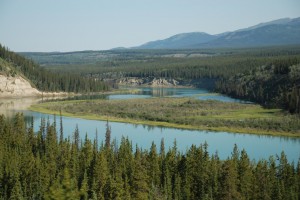 between Whitehorse and Dawson City (460 miles to the north). It was the largest vessel on the river, carrying as much as 300 tons of mail, food, other general supplies, silver lead ore and passengers until its retirement in 1955. 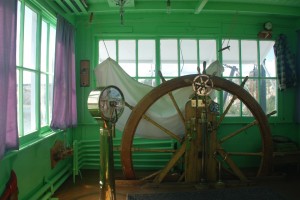 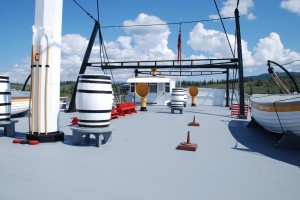 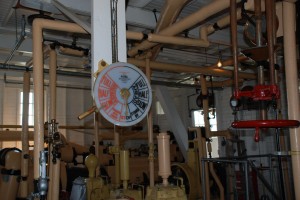 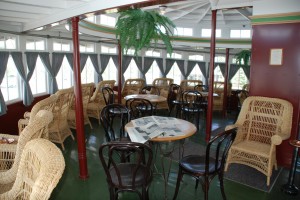 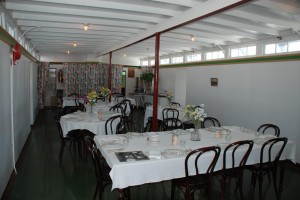 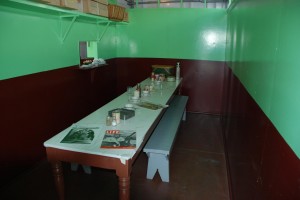 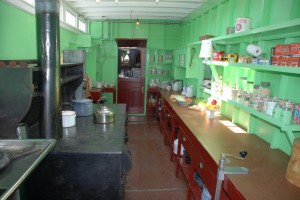 We were then treated to a fascinating video with actual footage and still photographs of the days when the SS Klondike and hundreds of other shallow-keel boats steamed the Yukon River.

Our next stop was the Whitehorse Visitor’s Center where we saw a video presentation on the Yukon … with some of the most spectacular photography we’ve seen in years. 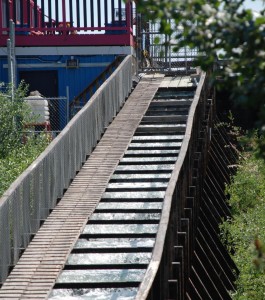 which allows adult salmon to migrate upstream around the dam to reach the spawning streams of their birth where they lay and fertilize their eggs for the next generation.

The dam, while not all that spectacular in and of itself, does provide some dramatic photos of the water being released from the spill ways 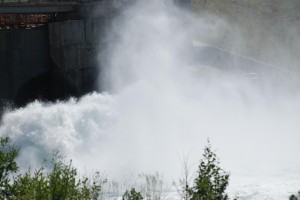 and curling over a small waterfall. 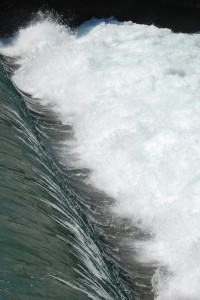 From there a group of us found our way over to the Yukon Brewery for a tour; which was unfortunately full.  However, we wasted no time in taking full advantage of the tasting bar.