After days of howling wind, we woke up to a clear and calm day. 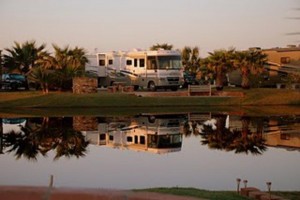 While we’d like to have lingered in Port Aransas, it was time to move on  to San Antonio.  Corpus Christi was unimpressive, although we were really passing through.  As we drove west, the topography was still flat and interrupted only by a couple of refineries, some oil pumpers and an occasional silo. 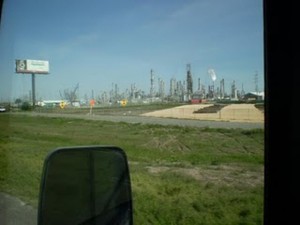 Soon, however, we began to notice we were driving through some low, rolling hills.  There was also more vegetation on the trees 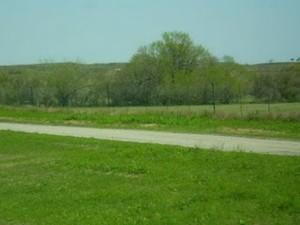 and the roads were bordered with a rainbow of flowers, primarily Texas Blue Bonnet. 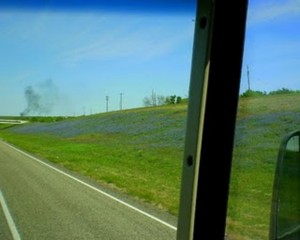 We found our campground just south of San Antonio without difficulty with out site backing up to a golf course.  Were I playing the course, our RV would be a magnet for my predictable slice. 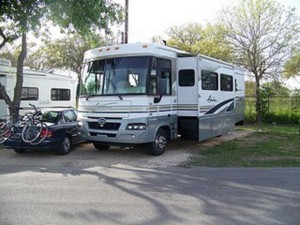 As we were due for an oil change, we located a local RV service center.

However, we were taken back to discover that part of our braking system was on recall.  Hopefully we can have the work done quickly as we have planned to spend most of the day and early evening touring the city.