Although we’d much rather stayed under the covers on this cold and damp morning, we had to rally as the Winnebago Service Department opened for business at 7:00 AM – Sharp!  Fortunately we had an appointment and had emailed our laundry list of work to be done in advance.  However, it took an hour to go over the list with Jim, the Service Manager assigned to us for our duration in Forest City.

Shortly, after 8:00, he disappeared with our rig and we settled in to their service waiting area, which not only had coffee and TV but also an excellent WiFi network.

Around noon, we were getting a bit stir-crazy and went for gas (for our Jeep) and to tour the immediate area.  Retreating our route into town yesterday, I found a couple of mailboxes (I’ve been photographing them all over the US and Canada for years) 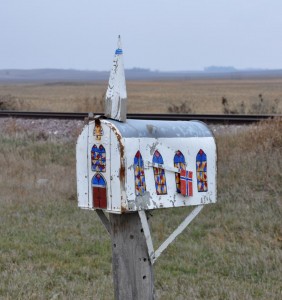 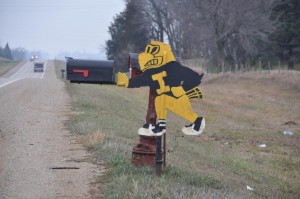 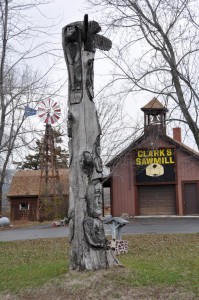 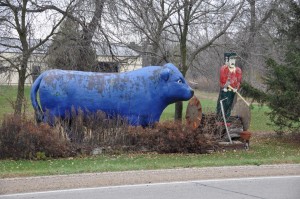 Then, immediately after the church mailbox, we pulled in to the Heritage Park of North Iowa, where we were the day’s only visitors.  This park hosted many interesting old buildings and pieces of equipment 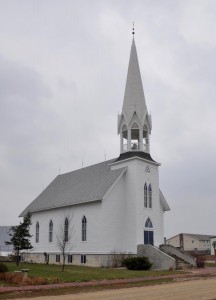 Beaver Creek Church (for which the mailbox was a replica) 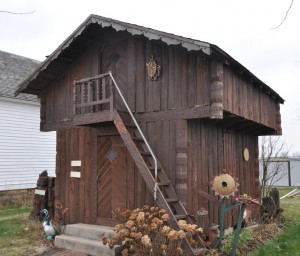 Norwegian Stabbur (used by Nordic peoples as storage buildings for clothes, cheeses, grains and food stuffs prepared all summer for the long winters which follow) 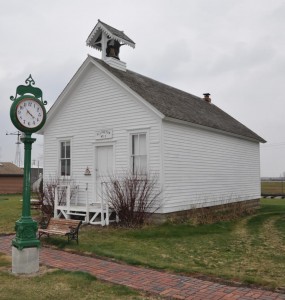 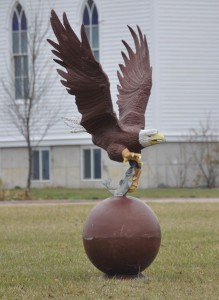 One of two large eagle statues 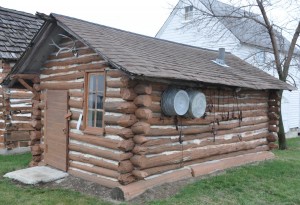 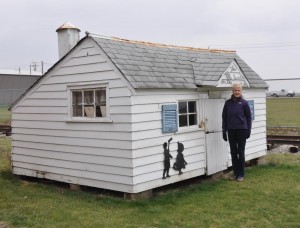 Little Playhouse on the Prairie 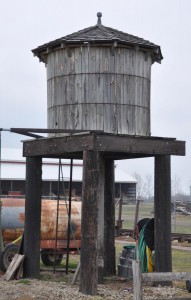 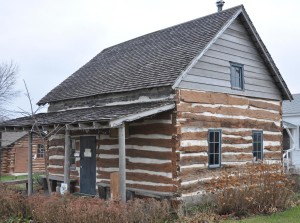 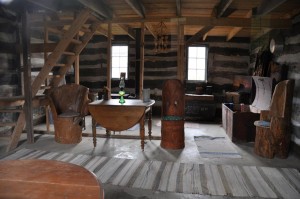 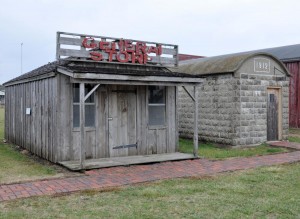 General Store and Jail (with just one cell) 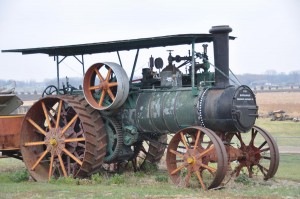 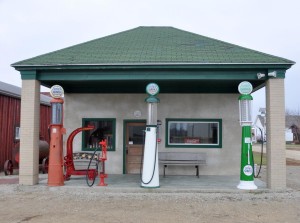 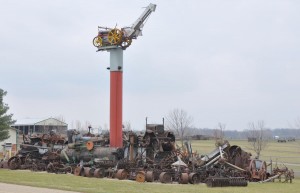 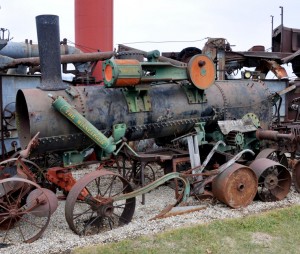 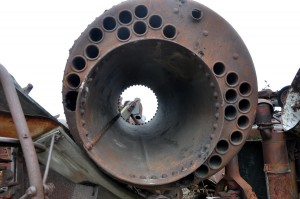 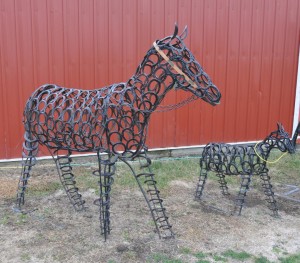 Sculpture made with Pony Shoes 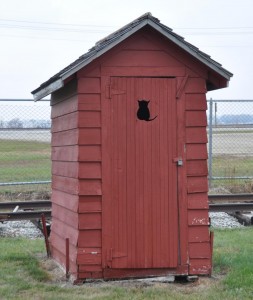 Shortly after 3:00 PM, our motor home was returned to us for the rest of the day.  At the moment, it appears that we’re still looking at two more days to have the (mostly) warranty work completed.

Tonight, drove the one mile to the center of this metropolis of just shy of 4,200 inhabitants but sporting 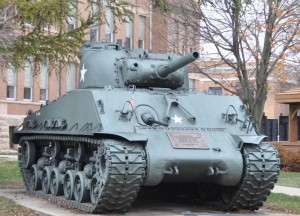 Sherman Tank (60,000 produced between 1942 and 1956. More than 60-70 variations of the tank were produced by 10 different plants during WWII using different engines and canons) and used by most of America’s allies, including the USSR. These tanks, however, were no match for the German Panther and Tiger tanks and were ultimately only successful by their sheer numbers 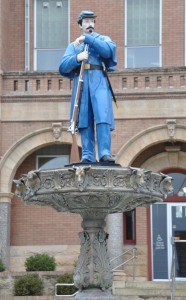 for Chinese, before hustling back home for Debbie’s Dancing With The Stars.