We had a long [for us] drive today … over 300 miles to Cedar Lake, Iowa.  Does this place ring a bell … specifically for the older set?  More later …

As we drove the remaining 50 miles through eastern Nebraska, we discovered the terrain more rolling that further west … with the road gaining and loosing up to a couple of hundred feet every one to two miles.

For the first 50-100 miles after entering 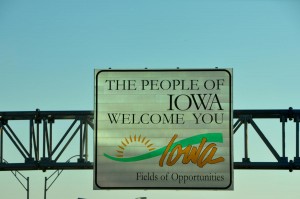 the fields were noticeably terraced. 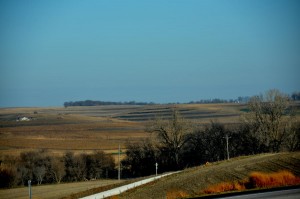 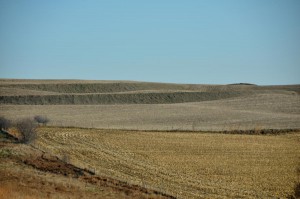 This technique is employed by farmers to minimize erosion which has resulted in the average topsoil depth thinning from approximately 14” in 1850 to roughly 5½ “ today.

Aside from one cornfield farm after another 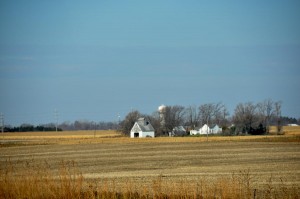 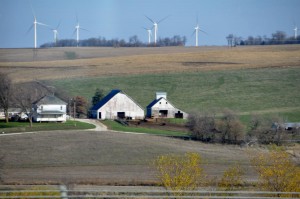 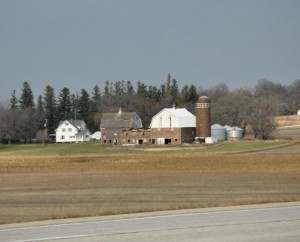 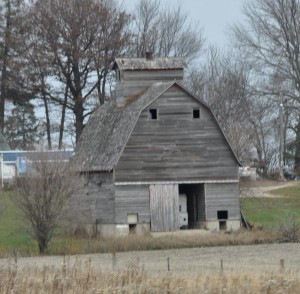 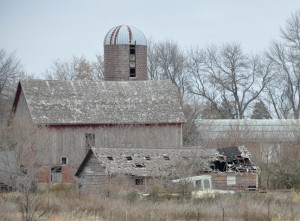 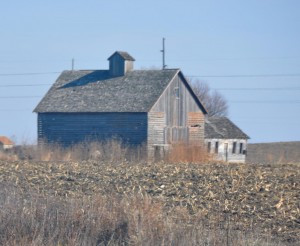 there were a few other sights. 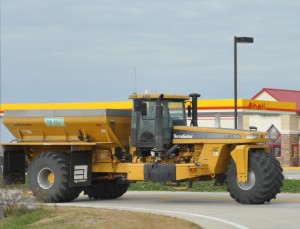 The third inland lighthouse we’ve seen on this trip 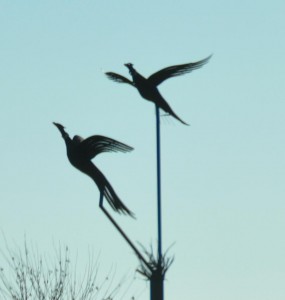 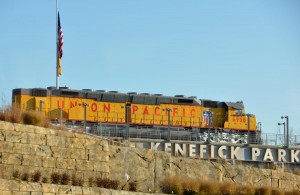 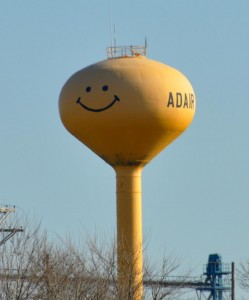 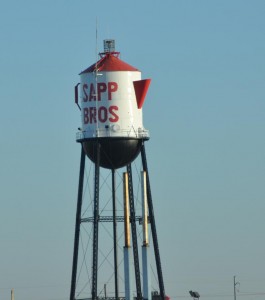 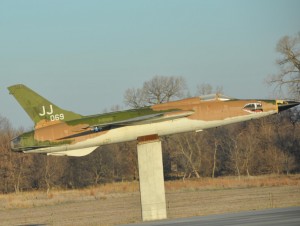 Air Force jet mounted along I-80 in the middle of nowhere, Iowa 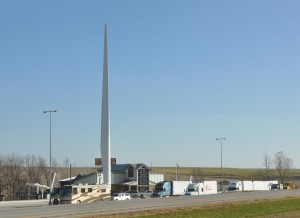 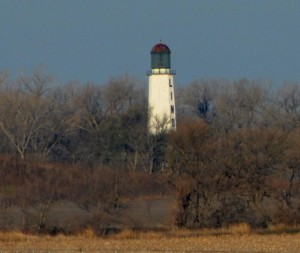 The third inland lighthouse we’ve seen on this trip; although we’ve never been within 100 miles of any seacoast

At one point, we were behind a semi with a shiny, almost mirror-like rear doors … in which we could almost make out an image of our rig. 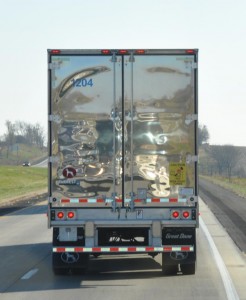 For those who are still wondering about Clear Lake …

Our campground was actually closed but the owner made arrangements for us to spend the night … and two old-fashioned, although inoperable, phone booths. 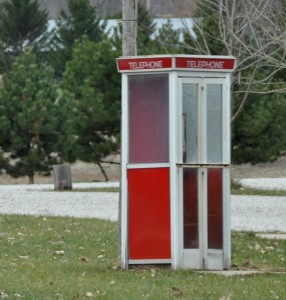 On the property was a small church built in 1890; 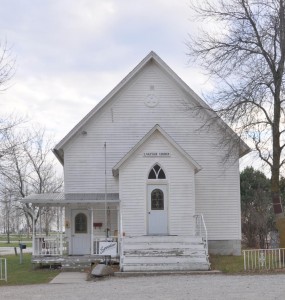 in which there were both an early 20th century, wall-mounted dial phone 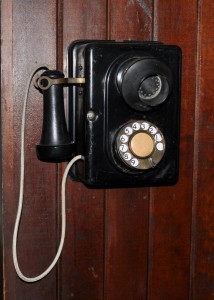 and an old foot-peddled organ. 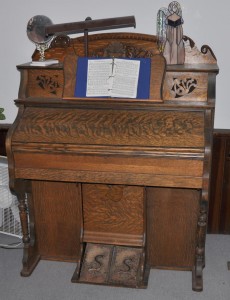 If you still need another clue, remember February  3rd 1959 … The day the music died! 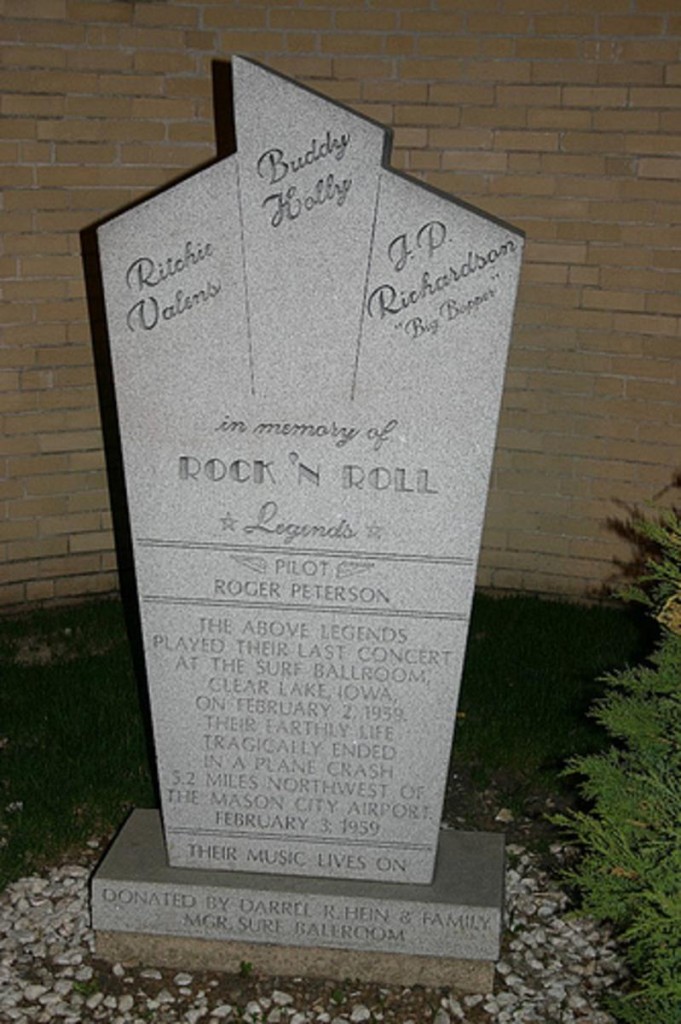