After spending four-plus hours touring one of the most beautiful National Parks in the United States, taking more than 200 photos in the process, I managed to delete all of them rather than downloading them on my computer!

To compound my disappointment, I managed to loose part of a tooth!

On the bright side, I did manage to salvage three photos, all panoramas taken on my smart phone.

The desert is composed of stratified layers of easily erodible siltstone, mudstone and shale of the Triassic Chinle Formation.  These fine grained rock layers contain abundant iron and manganese compounds which provide the pigments for the various colors of the region.  Thin resistant lacustrine, limestone layers and volcanic flows (which appear white) cap the mesas.  Numerous layers of silicic volcanic ash occur in the Chinle and provide the silica for the petrified or fossilized logs of the area. The erosion of these layers has resulted in the formation of the badlands topography of the region, incidentally, the oldest Badlands on earth

In the southern portions of the desert the remains of a Triassic period coniferous forest have fossilized over millions of years. Wind, water and soil erosioncontinue to change the face of the landscape by shifting sedimentand exposing layers of the Chinle Formation. An assortment of fossilized prehistoricplants and animals are found in the region, as well as dinosaur tracks and the evidence of early human habitation.

Frustrated, as I’d taken some great photos, including one of an elusive banded lizard, I thought about rising early tomorrow, returning to the Painted Desert and Petrified Forest … before heading to Meteor Crater (now just six miles from our campground)and then getting back on schedule and driving to Cave Creek/Carefree, AZ.

However, after lying in bed thinking about the logistics, I decided I’d include some stock photos of both places (they’re all part of a  single national park), giving me an excuse to return on another trip west!

The following are some stock photos I ran across which, unfortunately, are a limited and poor substitute for the beauty we saw today. 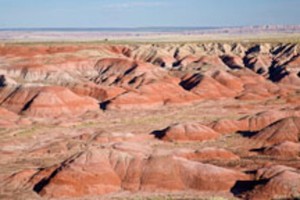 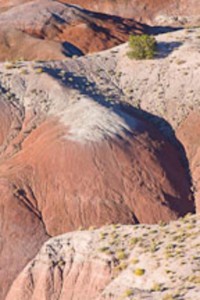 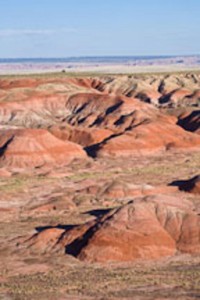 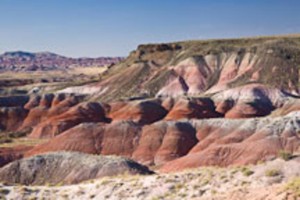 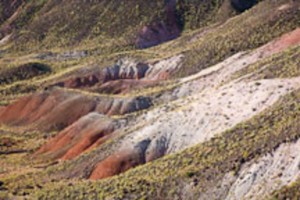 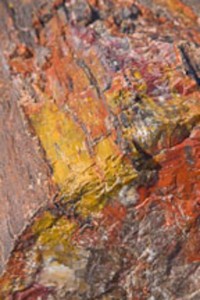 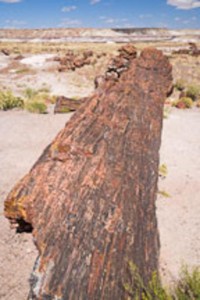 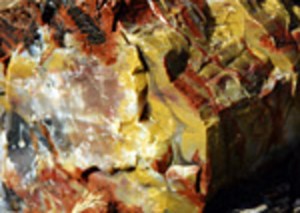 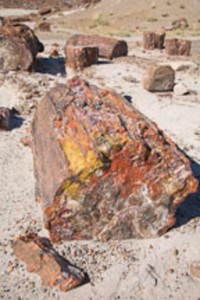 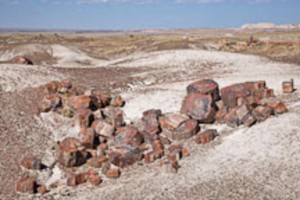 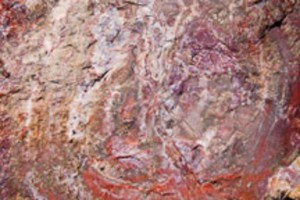