Today we actually began our drive north on the Alaska Highway (sometimes referred to as the ALCAN Highway).

Running 1,422 miles from Dawson Creek, British Columbia to Delta Junction, Alaska (98 miles southeast of Fairbanks), it was built (from design to completion) in 1942-42 in only eight months and 12 days.  The highway was built that cut through 1,523 miles of northern terrain. At the cost of $140 million, 7,000 pieces of machinery and 11,000 workers, the highway consists of 133 major bridges and 8,000 culverts … to provide an inland route, safe from Japanese attack, to Alaska.  Think of that … today, it’d probably take five years just to get preliminary approvals for such a project.

Our route took us across gently rolling farm country 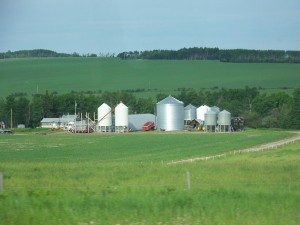 and forested hills where the road, its signage 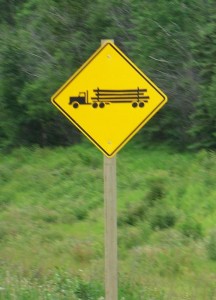 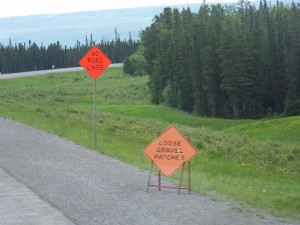 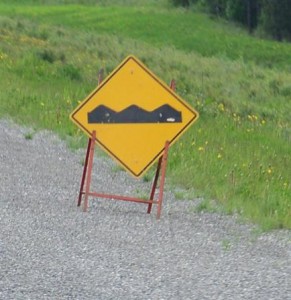 The ubiquitous bumps immediately ahead … some mild, some bone jarring in a motor home

and an occasional bridge 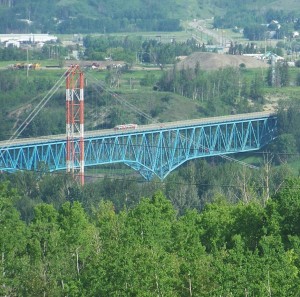 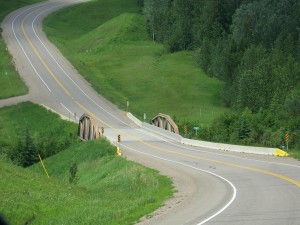 were the only signs of human presence.  While there were no dramatic mountains, rivers or waterfalls and the only wildlife we passed were a couple of magpies and one unfortunate deer which didn’t make it across the road, the trip was very beautiful and relaxing.

As the Alaska Highway is only two lanes for 99% of its length and often winding around blind curves, you can easily get stuck behind both 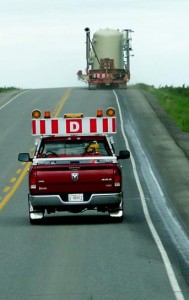 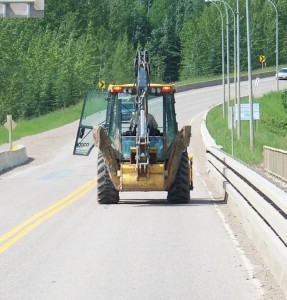 And on the rare occasions when we actually pass any other vehicle, it’s almost a reason to celebrate. 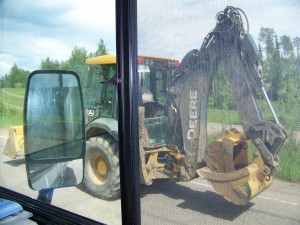 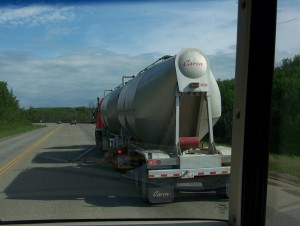 especially in the rain. 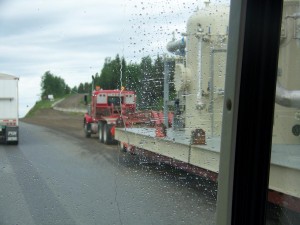 Among the forests, there are many large stretches where certain species of spruce have been killed off by insects 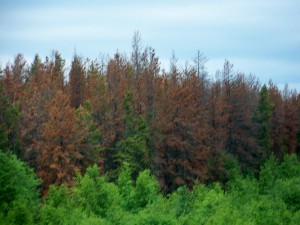 while in other areas, trembling aspens and young spruce have taken hold where former logging operations have ceased. 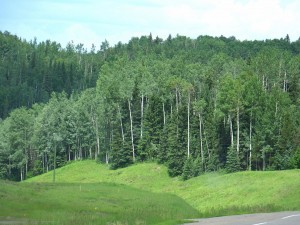 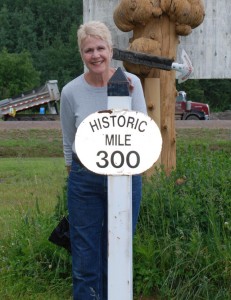 a vibrant but relatively remote community of ~5,000 where the oil & gas industry has become the major economic driver with tourism, timber and farming playing lesser roles. 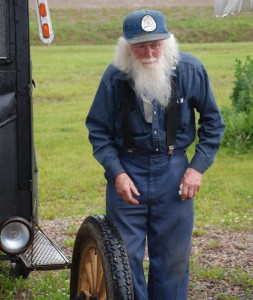 who has personally restored all of the vehicles, many of which still operate. At ~80 years old, he purchased his first Model T 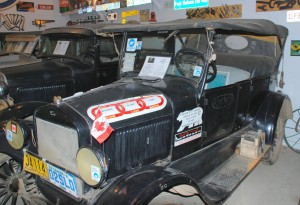 sixty-one years ago; which he once drove 354 miles in 35 hours (10 MPH) in -20o temperatures between remote towns in northern British Columbia.  Rumor has it he entered a beard growing contest and is unaware it ended more than 30 years ago.  However, he is a very friendly, utterly delightful, fascinating and extremely talented man!

Another of his pride and joys is a 1909 single-cylinder Brush that still has its original wooden frame, axles and wheels. 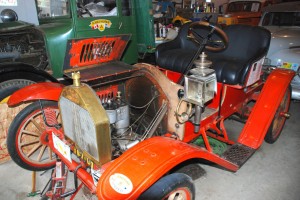 His museum is also home to old farm equipment, 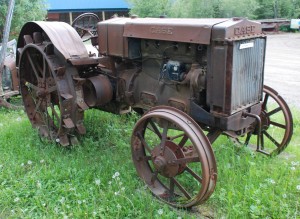 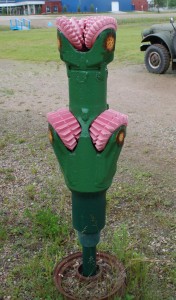 Huge burls on tree trunks (being used for a variety purposes); 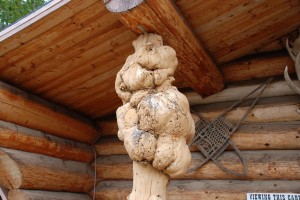 An old Hudson Bay home (which, for those who know Levittown homes, is remarkably similar in interior layout to certain models), 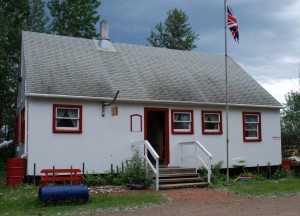 a trapper’s log cabin, forge, olden post office, and more 19th and 20th century memorabilia of the region than you can count … and can you recall gas for less than a buck a gallon (actually $.64/gallon)? 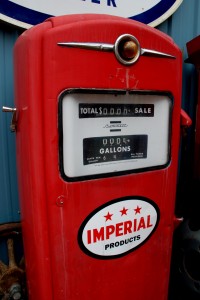 Then again, only seniors can remembers Imperial Oil?

Next, we enjoyed a most informative presentation at the Fort Nelson Visitor’s Center. Among her anecdotes was the fact that none of her three children ever had a day called off because of school … and school recesses are mandatory and outside until the temperature drops below the equivalent of -25oF, when it becomes optional.

Then it was a short walk back to our campground and out rig for dinner and bedtime.