On Tuesday evening we were watching a show on PBS on the construction (1732-1753) and history of Pennsylvania’s first state house, a building we know today as Independence Hall.  One of the last segments showed other buildings which have copied the design of Independence Hall.  Once of these was Independence Bank of Bowling Green …which it turned out was located just 2 miles from our campground. 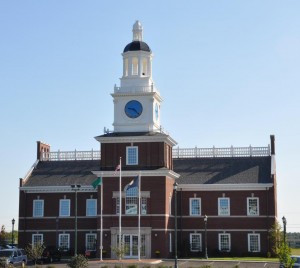 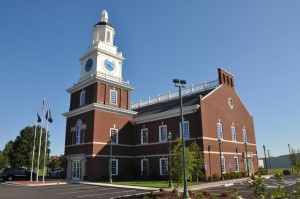 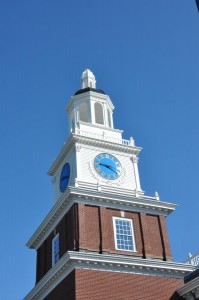 The major difference between the bank’s building and Philadelphia’s Independence Hall, is the placement of the tower in front of the building rather than in the rear.  Other than that, the building is a near duplicate.

Leaving Bowling Green we headed south along I-65 toward the Nashville, TN area with the predictable landscape of more fields and old barns. 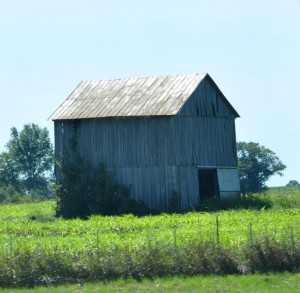 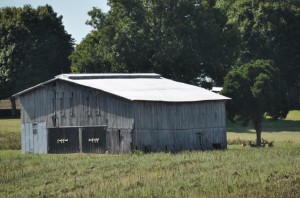 When we arrived at our next campground, we were delighted to learn that there was a community dinner, complete with fried chicken, pulled pork, potato salad, baked beans, biscuits and (to Dick’s delight), homemade toll house cookies. 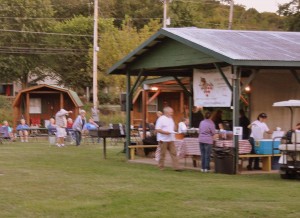 In addition there was a 2½ hour country-western show. 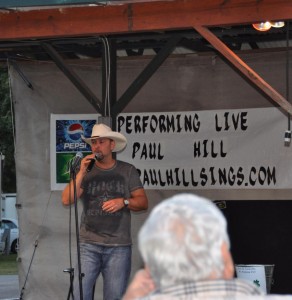 And a beautiful crescent moon above. 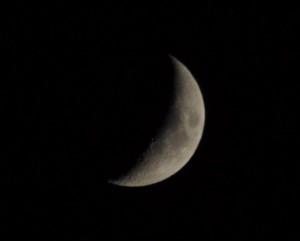