September 2 – Anderson IN to Zanesville OH

No sooner than we got on the road, we ran into our first “Road Work”. 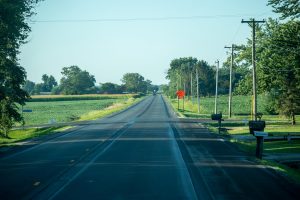 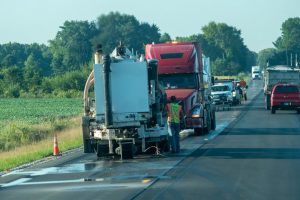 Fortunately, we had mapped out a short route over secondary roads to get to I-70. 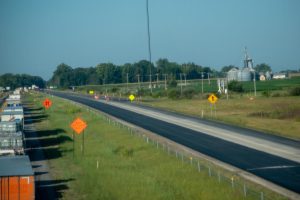 So, more overland roads … with the reward of more interesting things to look at. 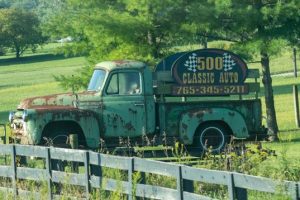 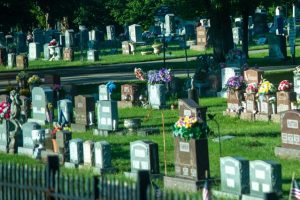 We’ve passed a number of cemeteries in the Mid-west in which the overwhelming number of tombstones had been decorated with flowers. 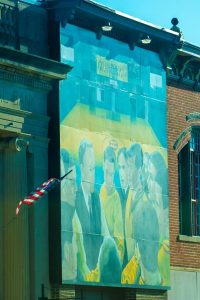 We finally picked up I-70 at the same exit we’d exited it five days ago.  Just before leaving Indiana, there were some extensive solar farms … land owners having discovered profitable revenues can be earned without the difficult and unrelenting work necessary for many family farms. 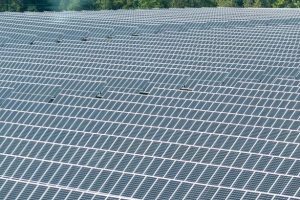 We’d be hard pressed to be working under any vehicle while just feet away cars and semis were sailing by at speeds in excess of 70 MPH. 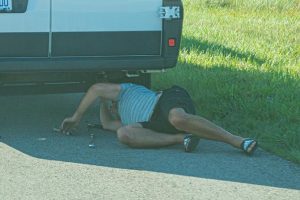 Then, evidence we were making eastward process … 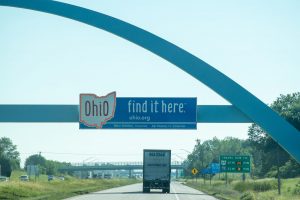 Almost immediately, we found ourselves following a “wide load” 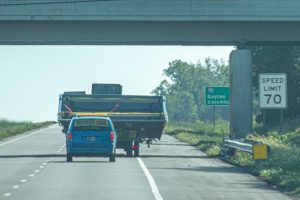 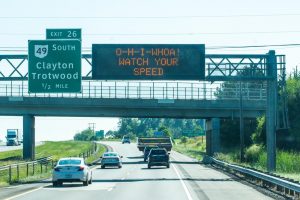 although we had no idea what we were looking at.

We discovered that Clark County in west central Ohio was the birthplace of 4H Clubs. 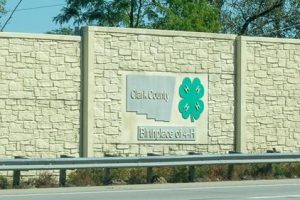 Sometime, at a distance it is challenging to interpret what you are seeing. 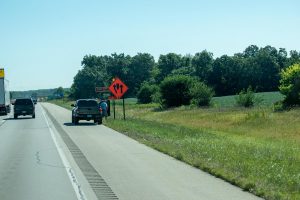 However, as you get closer, everything becomes crystal clear. 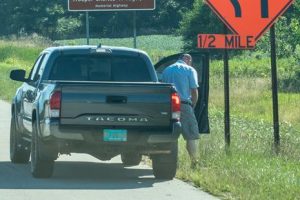 Yet, when someone is being “visited” by multiple police cruisers, you can be pretty sure the driver is not have a good day … 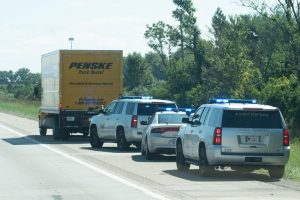 as are those passengers being given a free ride in a correctional bus. 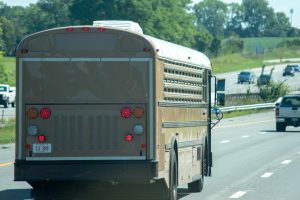 As what I am increasing convinced as a sciatica nerve problem, sitting for an extended period of time can get very uncomfortable, we took advantage of a number of the rest stops.  In one we pulled in next to a 1928 Ford Model-T in absolutely “mint’ condition. 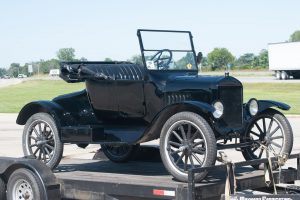 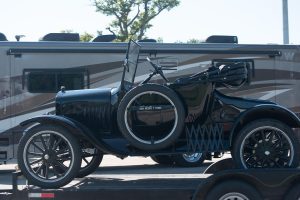 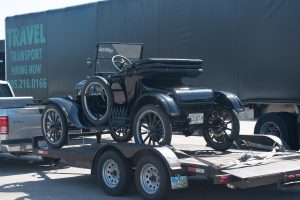 Then, glancing across the westbound lanes we spotted an answer to our question of what was the wide load we’d followed for more than 40 miles 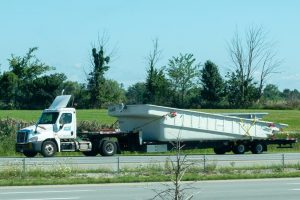 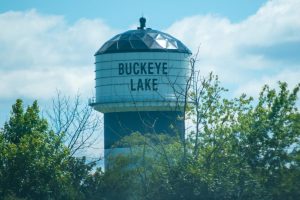 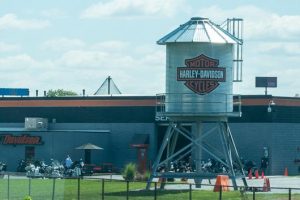 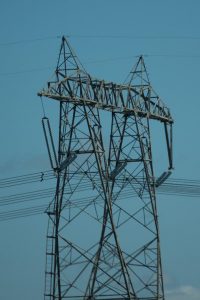 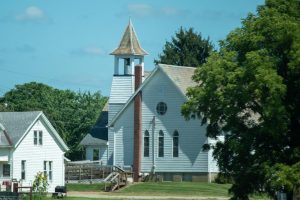 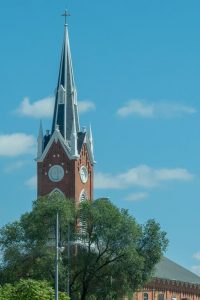 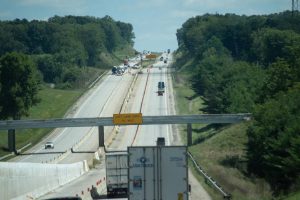 Yet, there was no question we were still in RED country. 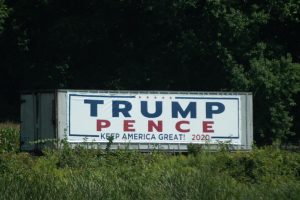 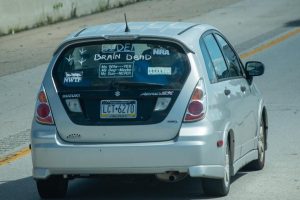 Having planned the 600-plus mile trip home in nearly equal 3-day segments, we arrived in our campground in  Zanesville, OH before 3:00.  Our site looks out on acres and acres of soy fields. 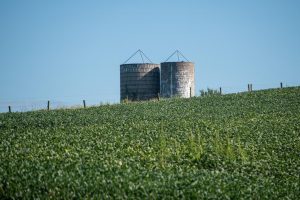 A walk around the park again let us know that fall was not far away. 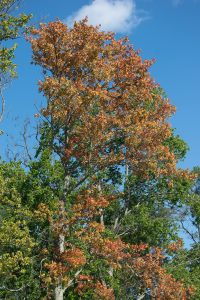 I’d meant to mention that while still in Anderson, IN, we received a call letting us know that the owner of the place we store our motorhome in Pennsylvania needs to have all of the RV out by the end of September.  While I did  remind them I had paid through the end of October, it created a huge problem and for the third time in six years we had to scramble to find a storage location.  Where we live is, unfortunately, a desert when it comes to RV service and storage (particularly for those 30-feeet and longer) facilities.

The solution, while not the best involves taking the motorhome to the Sarasota area and storing it there .. driving home in the car … where it will be waiting for us when we head south at the end of the year.

There are, however, a few benefits … no need to winterize and de winterize our coach, the very real possibility of registering it in Florida as opposed to Pennsylvania and insuring it in Florida … all of which can save hundreds of dollars.  The downside … not being able to check on it regularly and if there is a tropical storm or hurricane which hits the Sarasota area, who knows?