When heading home from Florida, our last day is always one of the most exhausting, facing the beltways around Washington DC, Baltimore and WIlmingtion and finally right through Philadlephia.  As morre rain was predicted again today, we were on the road just before 7:00 AM … and the forecast provde accurate! 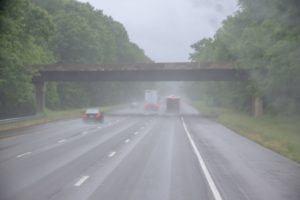 We also were prepared for an increasing amount of traffic, including more 18-wheelers. 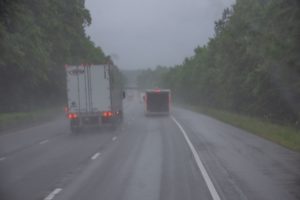 However, the traffic was relatively light until we reached our first slowdown just south of Lorton, VA 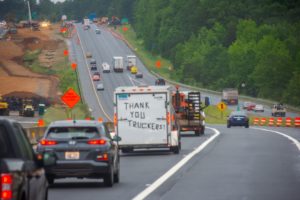 and reduced sppeds contonied until we reached the Woodrow WIlson Bridge over the Potomac River, immediately south of the District.  As we crossed the river into Maryland, Debbie spotted one of our country's most iconic sights sitting at the end of an Andrews Joint Base runway. 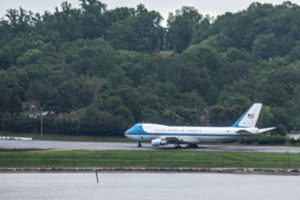 Throughout Maryland, were overhead signs reminding drivers of COIVD-19 messaging 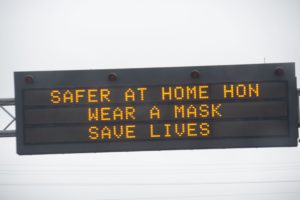 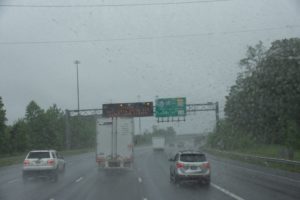 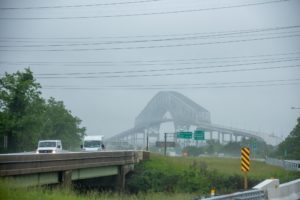 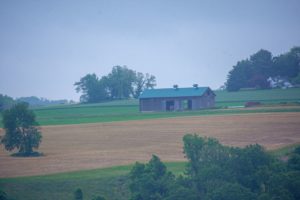 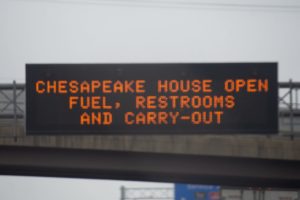 Even the Rest Areas, while open, were under restricitons 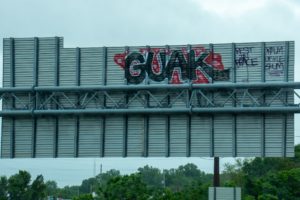 A candidate for the 2020 Darwin Awards, some FOOL scaled the sign posts and ventured out over I-95 to demonstrate his/her lack of artistic skills on the back of this sign. 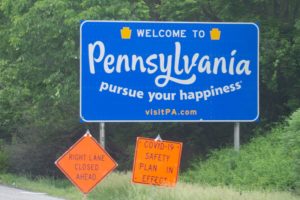 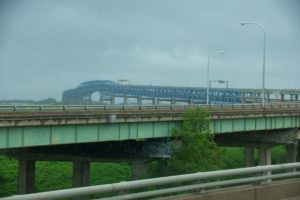 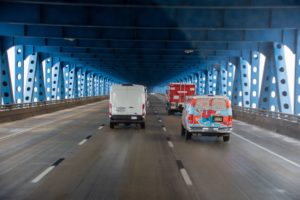 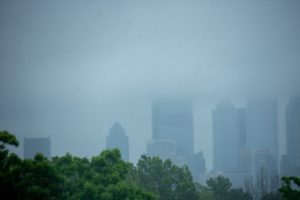 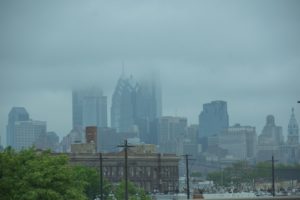 Twenty minutes later we arrived back home.  Amazingly, this was the fastest trip we've ever made from Ashland, VA to Shady Brook … just 5 hours and 13 minutes!

Unloanding the coach took a bit longer than usual as our neighbors came out to greet us … maintaining social distancing …  and we were thoroughly exhausted when we got the job done.

The next day I spent the morning, trying to find the source of a minor drip we've had just behind the windshield during heavy rians, especially when on the road.  Unforutnately, never sure I pinpointed the leak's source but did overseal a number of suspected areas over and near the top of the windwhield.

Then when trying to hand wash the lower part of the vehilcle I found a slide rail panel was loose.  Seems a couple of not-easily-accessible screws had backed out.  An hour later, I had it again secured.

Not sure when we'll hit the road again … I am always more anxious than Debbie.