The Metro took us within one block of our first stop, and one of the highlights of any Montreal visit was the Notre-Dame Basilica.  Its initial construction began in 1672 but its major renovations and bell towers were not completed until 1843.

During its latter construction period (1824-1829), its architect was an Irish Protestant named James O’Donnell.   As he was dying, he expressed a wish to be buried in the church.  This request was rejected as he was not a Catholic.  However … not a problem … on his deathbed in 1830, he converted to Catholicism and is the only person buried in the church.

While the eastern (left) bell tower (Temperance)  houses a ten-bell carillion, in the western tower (Perseverance), a great, 5,000 bell which is rung only once a year or once on very special occasions, as it is feared its reverberations could damage the structure of the basilica.

The interior, while slightly less spectacular at Ste. Anne’s Basilica du Beaupre which we’d seen during our time in the Quebec City area, it can seat over 1,800 worshipers and is incredibly dramatic.

Apse (inspired and copied to some degree by the Vatican)

Carving of Jesus crowning Mary at the top of the Apse 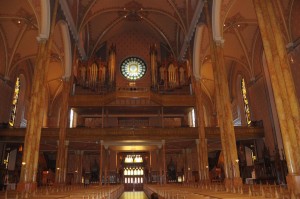 Organ Pipes (the organ has4 keyboards, 99 stops and approximately 7,000 pipes)

Side Pulpit (so the Priest can be heard throughout the church)

Carving of the Last Supper under the Tabernacle

Cross from the Original Church

Leaving the Basilica, we wandered the Rue Notre Dame where we passed numerous sidewalk cafes 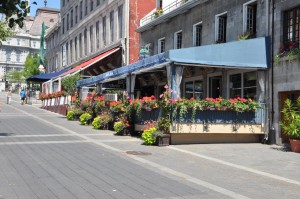 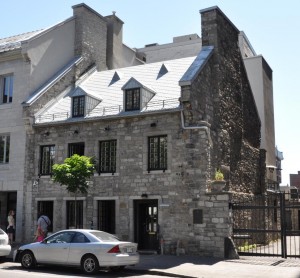 Lo and behold, there was another church 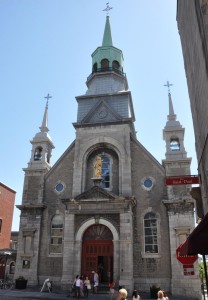 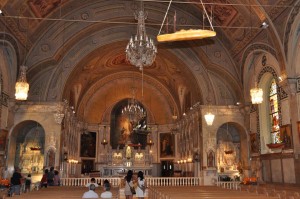 Its construction was complete in 1771.

Although you have to walk around to the rear of the building to see the towering statue on its rear dome. 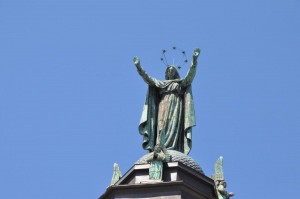 Continuing our meanderings, we found ourselves in Chinatown. 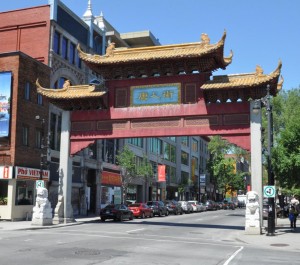 with its busy side street markets 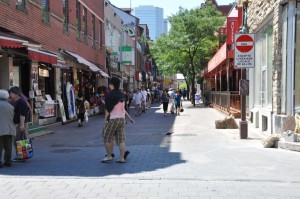 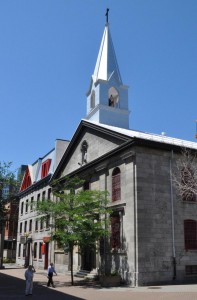 Our next stop was St. Patrick’s Basilica, one of the purest and grandest examples of 14th and 15th century Gothic architecture in Canada was completed in 1843, its steeple soars 233’ high.  The interior height of the dome under the Apse is 85 and its walls are 4’ thick. 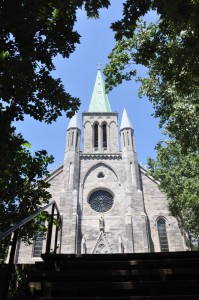 Façade looking up from entrance steps 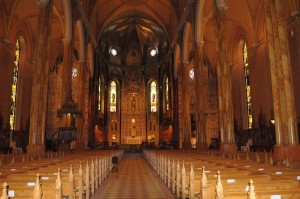 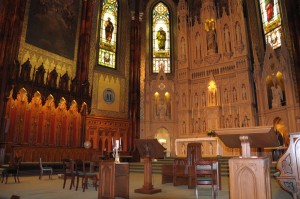 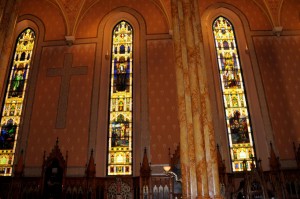 Back to the Metro for a train and bus trip to Mount Royal which rises up to three summits overlooking the metropolitan area of Montreal.  Named by Jacques Cartier in 1535, it is affectionately known as “the Mountain” to the locals.  The park which encompasses much of Mount Royal was designed by Frederick Law Olmsted, the landscape architect behind New York City’s Central Park.

At the station where we changed from the underground transit to a surface bus, there were some great chairs in which to relax, 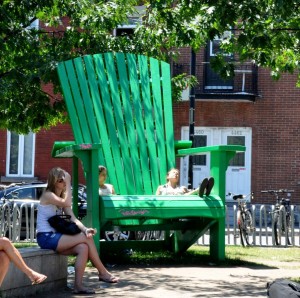 some folks who obviously had a bad hair day. 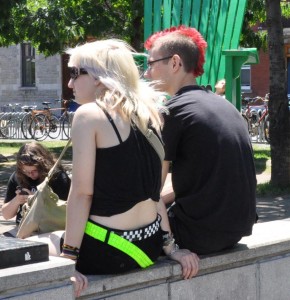 and others who are far less fortunate than many of us. 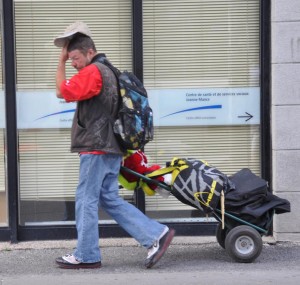 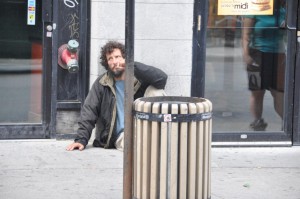 On its slops are two of the oldest cemeteries 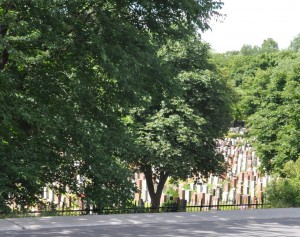 in the city, the campuses of two universities, any number biking and foot paths, and a variety of plant and wildlife.

We visited two of the more well-known landmarks; the Chalet du Mont-Royal 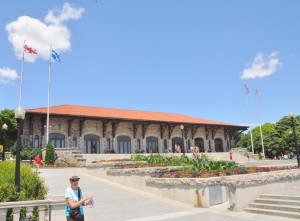 and Saint Joseph’s Oratory, an immensely popular destination for Catholic and other Christian pilgrims who come to mediate and pray. 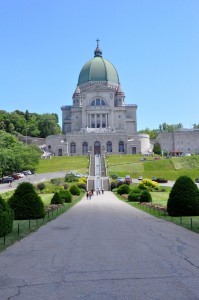 Beautifully landscaped gardens help frame the entrance to the Basilica 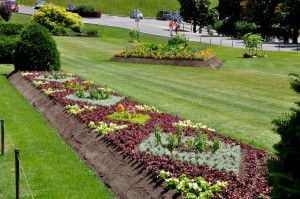 To reach the main level of the Basilica from the street takes you up 283 steps (don’t try to county them … just trust me). 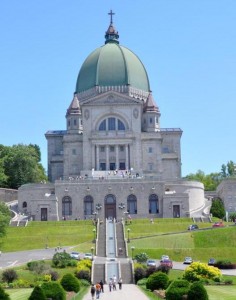 Interestingly, for all it’s dramatic exterior and setting, the inside of the Oratory is remarkably understated as compared with most of the other churches we’ve visited in both Montreal and Quebec City on this trip. 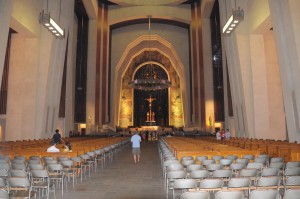 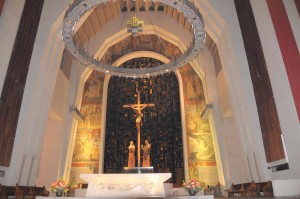 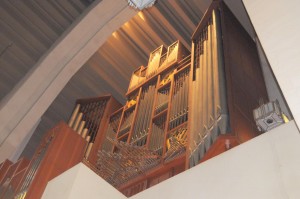 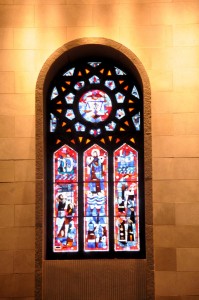 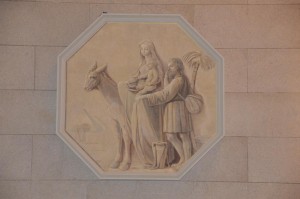 Reflecting back on the past six days, we have clearly visited more churches than we’ve probably been in in the last six years!

And, in case you’re wondering how they mow the steep lawns on either side of the stairs leading up to the Oratory … 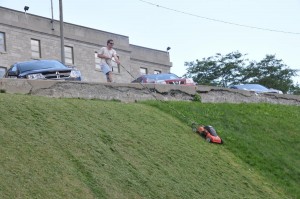