We again woke to intermittent light rain and downpours.

Still, we decided to head back in to Québec City to wander around as many of the streets we’d missed.  Before we got to start our adventure, it took us over an hour to find a parking place … the Old City is little more than one square Kilometer (less than 0.4 square miles). Surface lots were full and in two of the underground garages (on which our antenna of our Jeep scrapped the ceilings), we had to retreat despite the fact we’d had to run our credit card on the way in, there were no available spaces.

By noon, however, we finally found a lot with a few empty spaces … and even the $14.00 fee seemed like a great deal.  Meantime, I think we’d driven up and down every one-way street in the Old City, many of which not much wider than our Jeep. 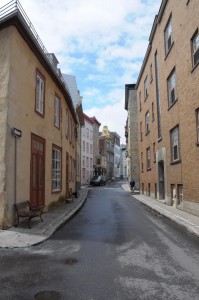 We trudged up the steep hill to the Old City, passing through the old ramparts with many old British cannons still standing a silent sentinel. 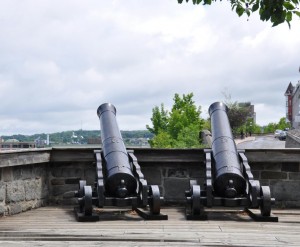 As the weather slowly improved and the skies brightened from dark to light gray … and even brief periods of sunshine, we enjoyed the architecture, flowers and hustle-and-bustle of the people. 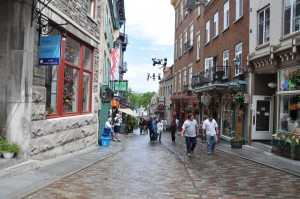 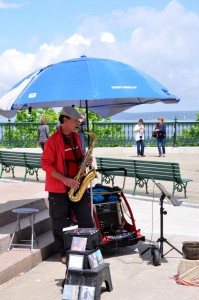 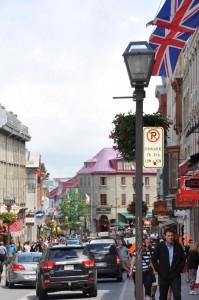 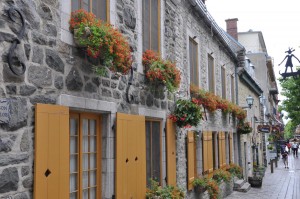 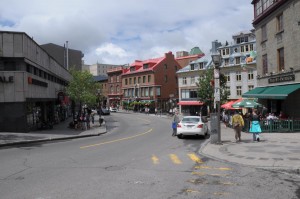 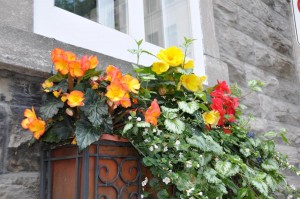 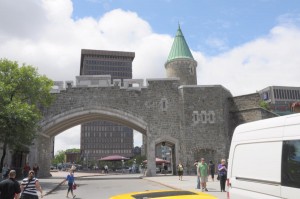 and modern glass buildings just across the street from structures hundreds of years old. 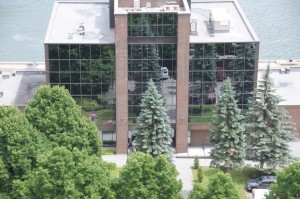 The boardwalk which tops the escarpment on the river side of the Old City is also an enjoyable place for a stroll and views of the St. Lawrence, small hotels and the Citadel. 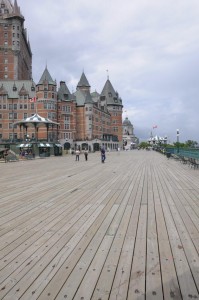 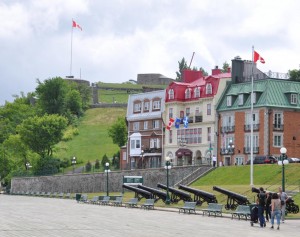 We also had no problems discovering more sculptures and statues 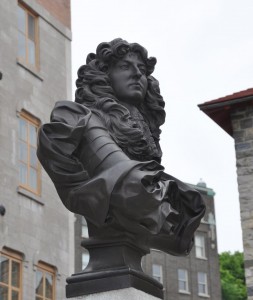 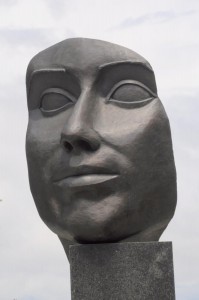 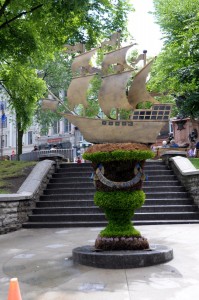 and Crosses everywhere in this very Catholic city. 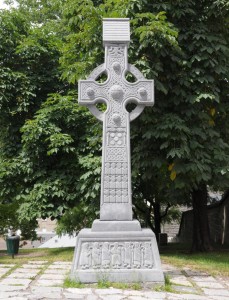 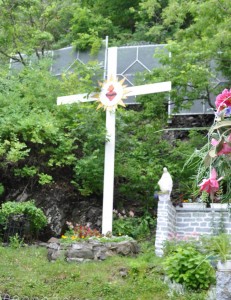 Finally, there were more churches … many of which were open.  The most magnificent is the Notre Dame Basilica Cathedral. 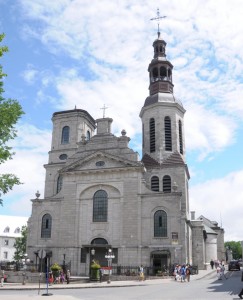 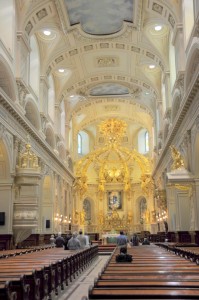 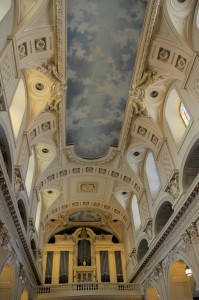 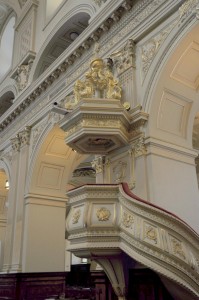 Side Pulpit in Nave 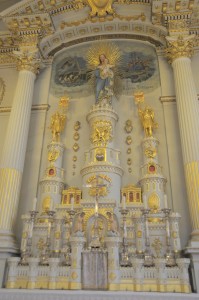 Altar at the rear of the Apse

Yet, others were equally fascinating in their own rights. 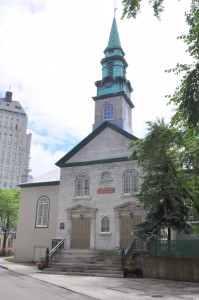 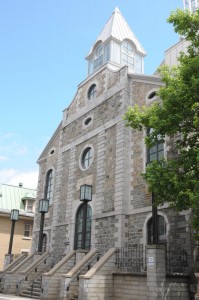 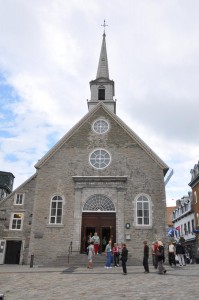 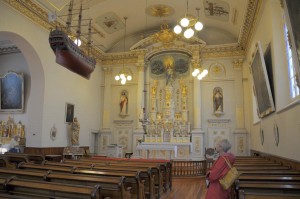 Its Nave and Apse

A replica of La Brézé, which brought French soldiers to the New World in 1664

We then descended below the escarpment on which most of the Old City is located to the “Lower City” which consists of half-dozen narrow streets lined with the typical jewelry, craft, T-shirt and post card stores as well as several dozen small cafes and two beautiful wall murals. 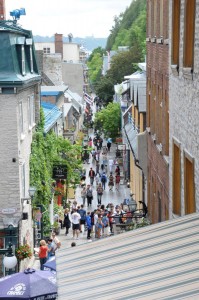 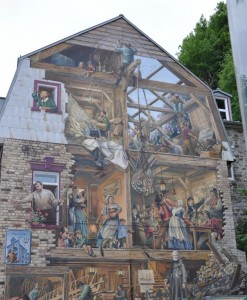 We finally stopped for some “refreshment and fries” at Spag & Tini Restaurant. 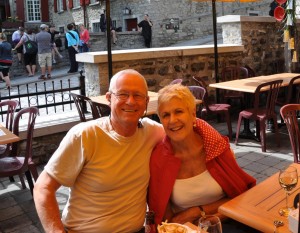 Before heading back to our rig, where it started raining again … and continues as I write this journal.