After four rather hectic days of sighseeing and visiting with John and Judi Melby, we left New York and headed for Williamstown, Vermont.

After we crossed the Hudson River, our route along I-90, I-91 and I-89 we passed through rural areas of western Massachusetts and eastern Vermont.  Unlike our travels to and from Florida or out west, it seemed like we were traveling in a "green" tunnel … trees everywhere. 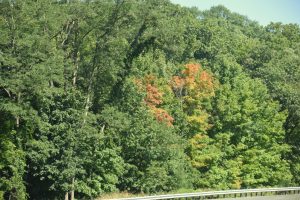 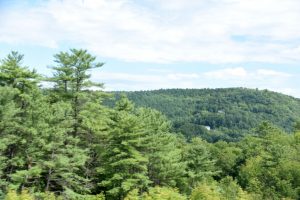 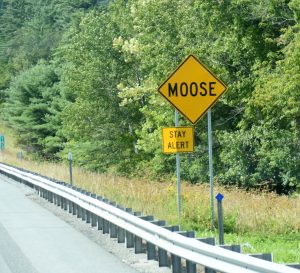 There was also evidence that the highways required major blasting through the bedrock, just inches below the surface. 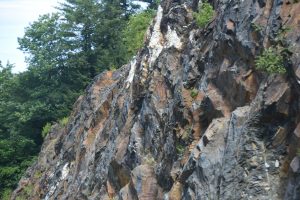 Where there were voids in the treed landscaape, they were reminders that we were also traveling in farm country. 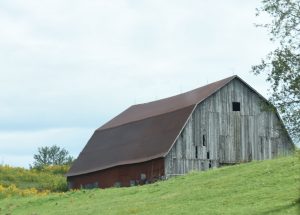 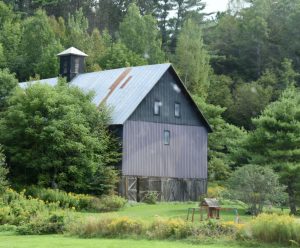 The highight was at the Visitor's Center on I-89 where the state's Vietnam Veterans Memorial is located … the first such state-authorized memorial. 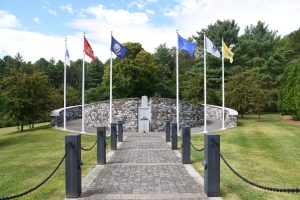 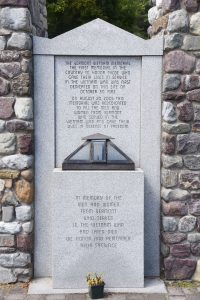 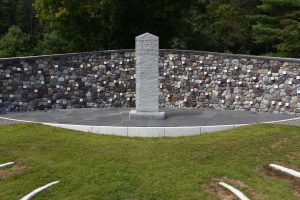 Each of the protruding white granite blocks represents a Vermonter who gave his life during the war.

Nearing our destination we left the Interstates and had to navigate a narrow, winding road during which we descended over 500 feet. 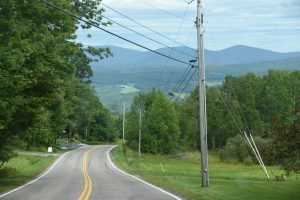 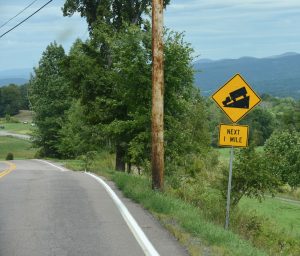 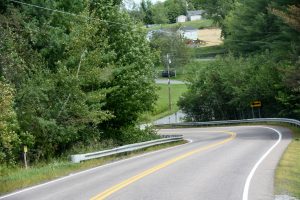 Our campground for the next three nights is one of the most beautiful we ever stayed at.  It's small, provides "full hook-ups", including cable and its only drawback is the verizon service is a bit weak. 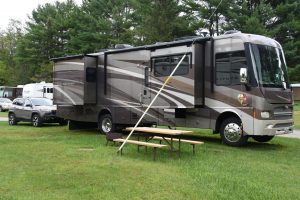 Tonight, we drove less than ⅓ mile for dinner with Dorothy Milne and her friend, David.  She and her late husband John were our closest neighbors during the years we lived in Wayland, MA in the early 1970s.  We were all socked to determine that, other than for John's funderal, we'd not seen her since 2012. 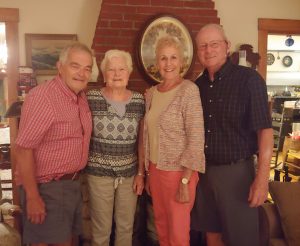 In a fortunate twist of fate, John's borther, Jim, married Jeanne Scott, who lived just a few houses from where Debbie grew-up. 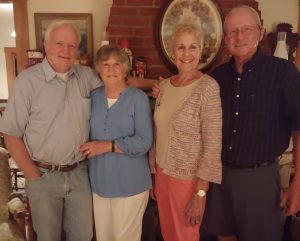