Today was the first time we've had clear sunny skies since before leaving home. Our route took us along a short stretch of I-95, then I-295 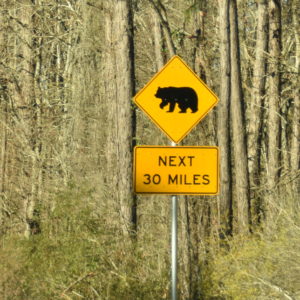 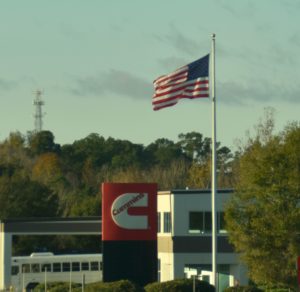 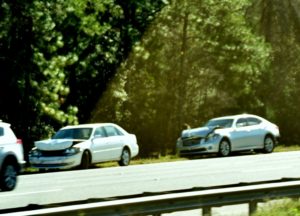 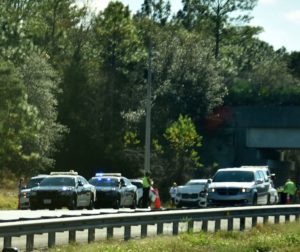 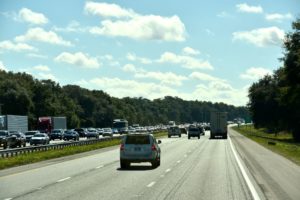 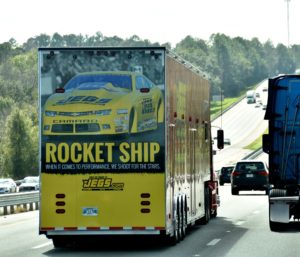 The wind gusts out of the west had picked up 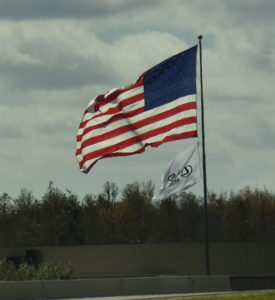 Another accident … a rollover 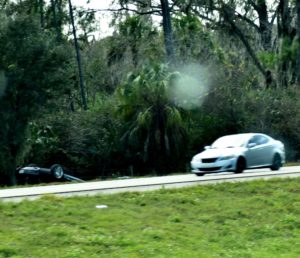 Two motorhomes pulled off the road … no idea why 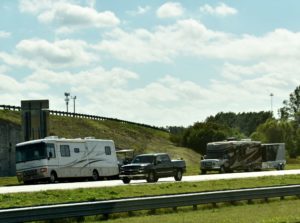 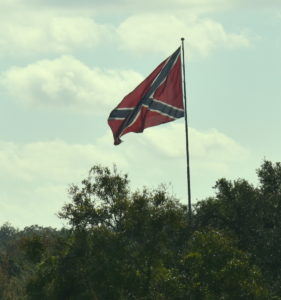 Shortly before 2:00 PM we pulled into 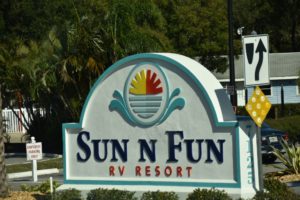 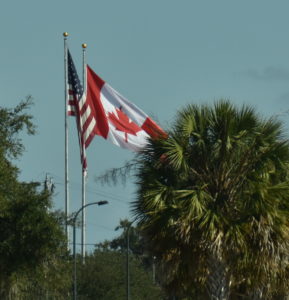 recognizing both its American and many Canadian visitors

and back to the same site we have called home for the past two years. 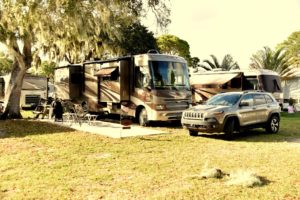 Once parked, however, we were faced with more than an hour of getting setup beyond the normal hooking up the electricity, cable,water and sewer:  our grill; patio chairs and tables; covering the tires, mirrors and wipers; taking the bikes off the car and pumping up their tires; digging the clubs out from under the bed and storing them where they are easily accessible, in our Jeep … just for starters.  Meanwhile, Debbie set up the inside of our coach to make it very extra comfortable and liveable for the next four months.

We are now making plans to catch up with firends and family living in the area.