We spent an extra day in Wade giving Debbie additional time to recouperate.  While cooler than on New Years Day, the weather was still much improved over that back home.  I even played another round of miniature golf.

As Debbie's temperature  back to near normal and her coughing pretty much gone, and although some showers were predicted for later this morning, with tomorrow's forecast was for potentially heavy rains we decided to continue our trek southward today.

The sky was again overcast and morning temperature a bit warmer than the past two days, in the mid-50os. 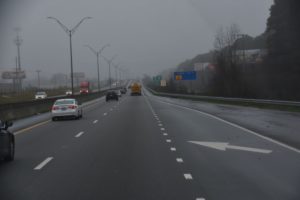 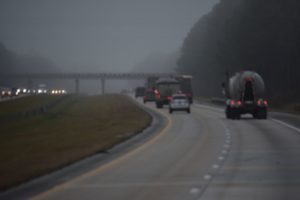 Most of the I-95 corridor between Virginia and Florida is pretty uninteresting, a ribbon of blacktop threading its way between rows of tall evergreens and cotton fields … interrupted by occasional road or river overpasses or small industrial areas.  Diversions are were you find them. 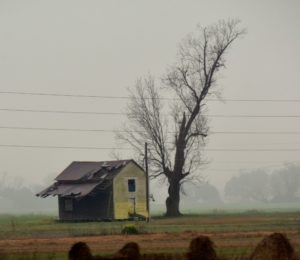 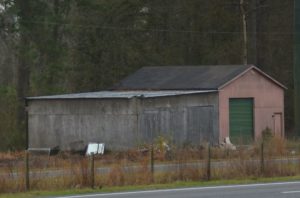 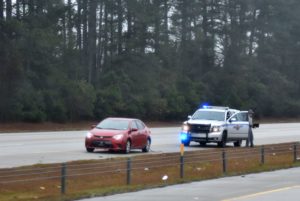 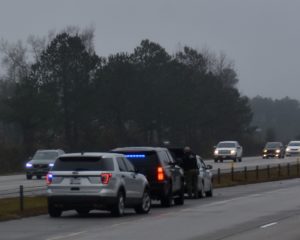 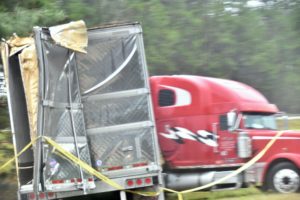 And, when really hard up, sections grooved pavement 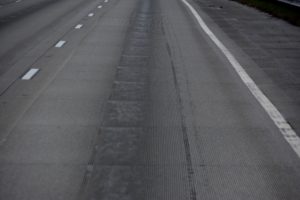 For most of our trip the rains held off … however, a completely dry drive was not to be. 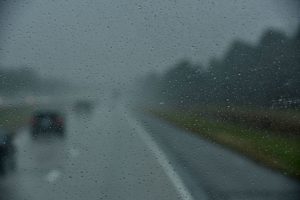 We reached our campground in Hardeeville, SC shortly after noon 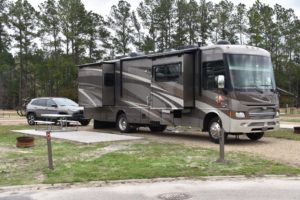 and will likely stay here thru tomorrrow before heading for Jacksonville and then on to Sarasota on Sunday.