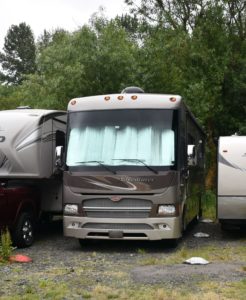 at the campground we were staying at and head for Pier 91 in Seattle where we would be boarding our ship, the Holland American Lines'' Eurodam. 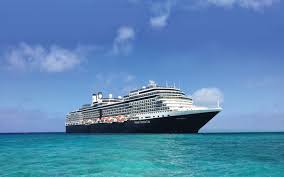 The MS Eurodam  is the 80th ship to enter Holland America's service and, at 935 feet and 86,700 tons it carries carrying 2,104 passengers and a crew of 929.  She is the largest Holland America Signature-class ship.  The Eurodam also has dynamic positioning abilities using three 1.9 MW (2,500 hp) bow thrusters and two 17.6 MW (23,600 hp) aft mounted Azipods. Total electrical power generation is 64 MW by six diesel generators.

The 24 mile drive was a pleasnt surprise with pretty light traffic (a rarity in and around Seattle) allowing us to arrive at the parking area where we'd booked a spot.  A shuttle took us to the pier 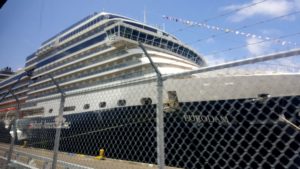 Our first view of he ship

where we were processed through inspection at near "light speed".  As our cabin room was ready, we headed directly for the gangpank 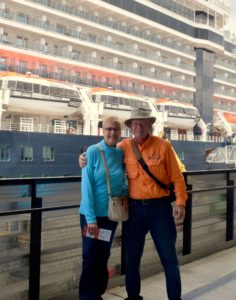 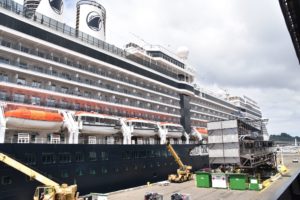 While still somewhat smaller than the aircraft carrier I lived on for two years, the Eurodam was still impressive!

and we were into our cabin and unpacked well before our original scheudled 2:00 PM boarding time.

After taking a tour about the ship's restaurants and outside decks, we returned to our cabin to shed some of the clothes we had on as the sun had come out and the temperatures were now in the 70os.  Shortly thereafter, the ship's "abandon ship" muster drill came off as advertised over the ship's PA system.

Then, as we were supposed to sail at 4:00 PM, we headed for the aft section of the 9th deck.  However, our departure wsa delayed for 90-minutes apparently due to illness of two passengers who had to be debarked before the ship could sail.

Meanwhile, I discovered the ice cream bar and we enjoyed coffee and an Alaskan beer while chatting with some folks we met.  This delay provided a great opportunity to get some interesting pictures of the Seattle skyline, 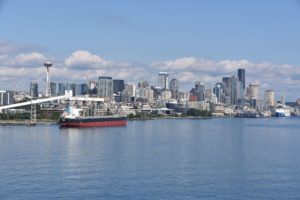 including the city's iconic Space Needle, 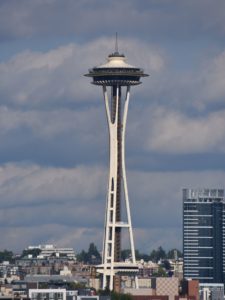 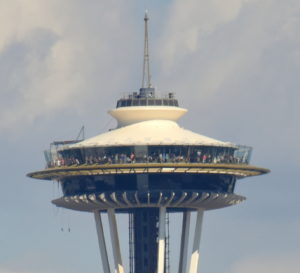 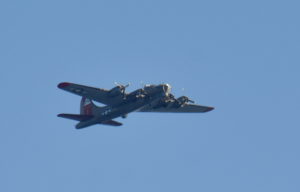 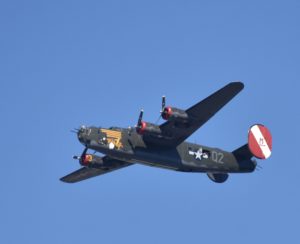 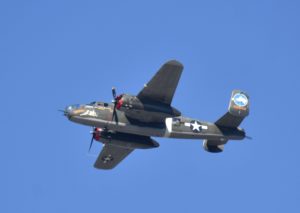 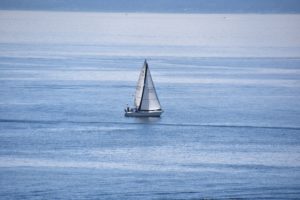 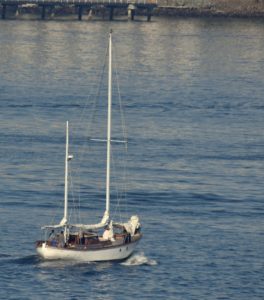 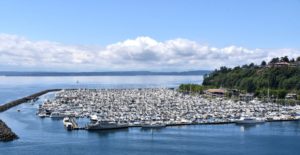 a police boat which kept watch around the piers at which our cruise ship and another across the pier until both ships sailed (a sign of the times I'm afraid), 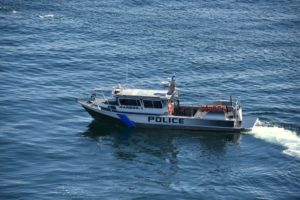 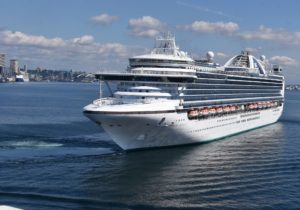 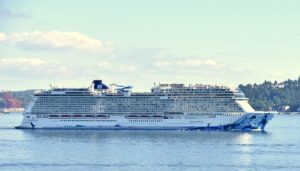 and several passenger and car-carrying ferries. 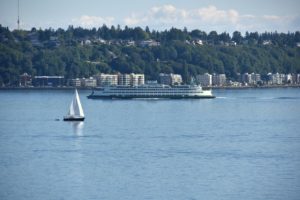 Finally around 5:30 PM we got underway leaving Seattle in our wake. 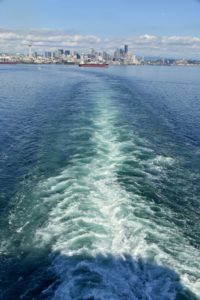 We passed several passenger ferries and acommercail boat running between islands in the San Jaun Straits and Seattle. 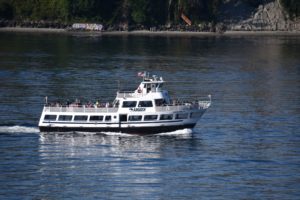 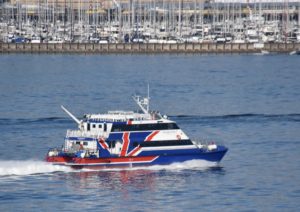 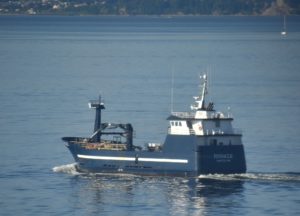 Best friends Ken and Cheryl had recommended we get a balcony room … and it was great advise. 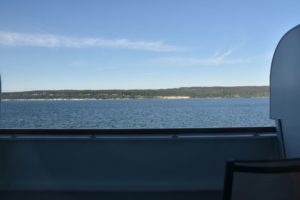 We love the views. 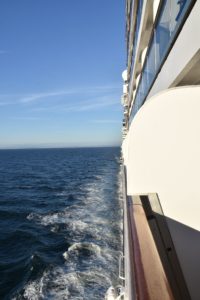 As the ship headed west into the sun, 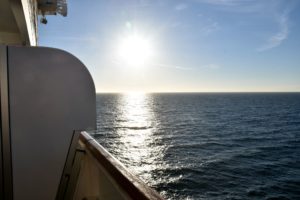 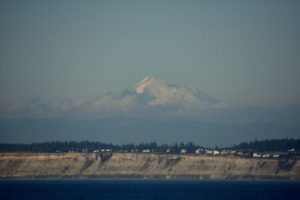 This entry was posted in Alaska Inland Passage Cruise. Bookmark the permalink.