The past week has been spent having our motorhome professionally washed and waxed (it looks beautiful);

sneaking in a last couple of rounds of golf; cleaning and packing assoreted patio chairs and tables, our grill and other items we've had sitting outside since January; cleaning the inside of our coach; and getting together with Ken and Cheryl, 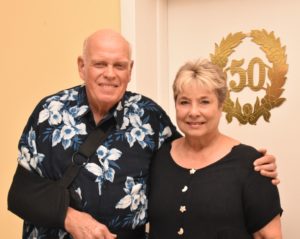 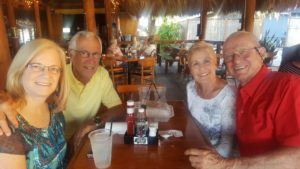 and my cousin Sandy and husband Jeff. 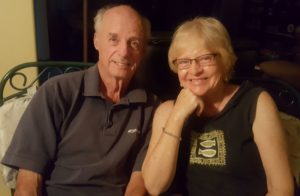 Today, we departed Sarasota and had a relatively short drive Kissimmee, passing little of interest along the way other than unexpectedly spotting a Brahman or Brahms, breed of zebu cattle that was first bred in United States from cattle breeds imported from India, 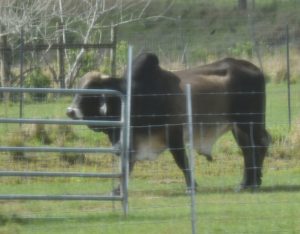 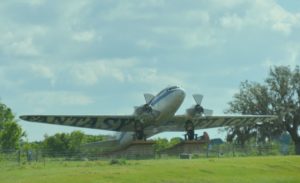 Affter getting settled in, we took the afternoon to relax and catch up on a little lost sleep. 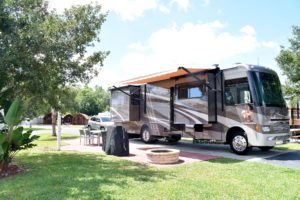 This evening, we met up with Nancy and family 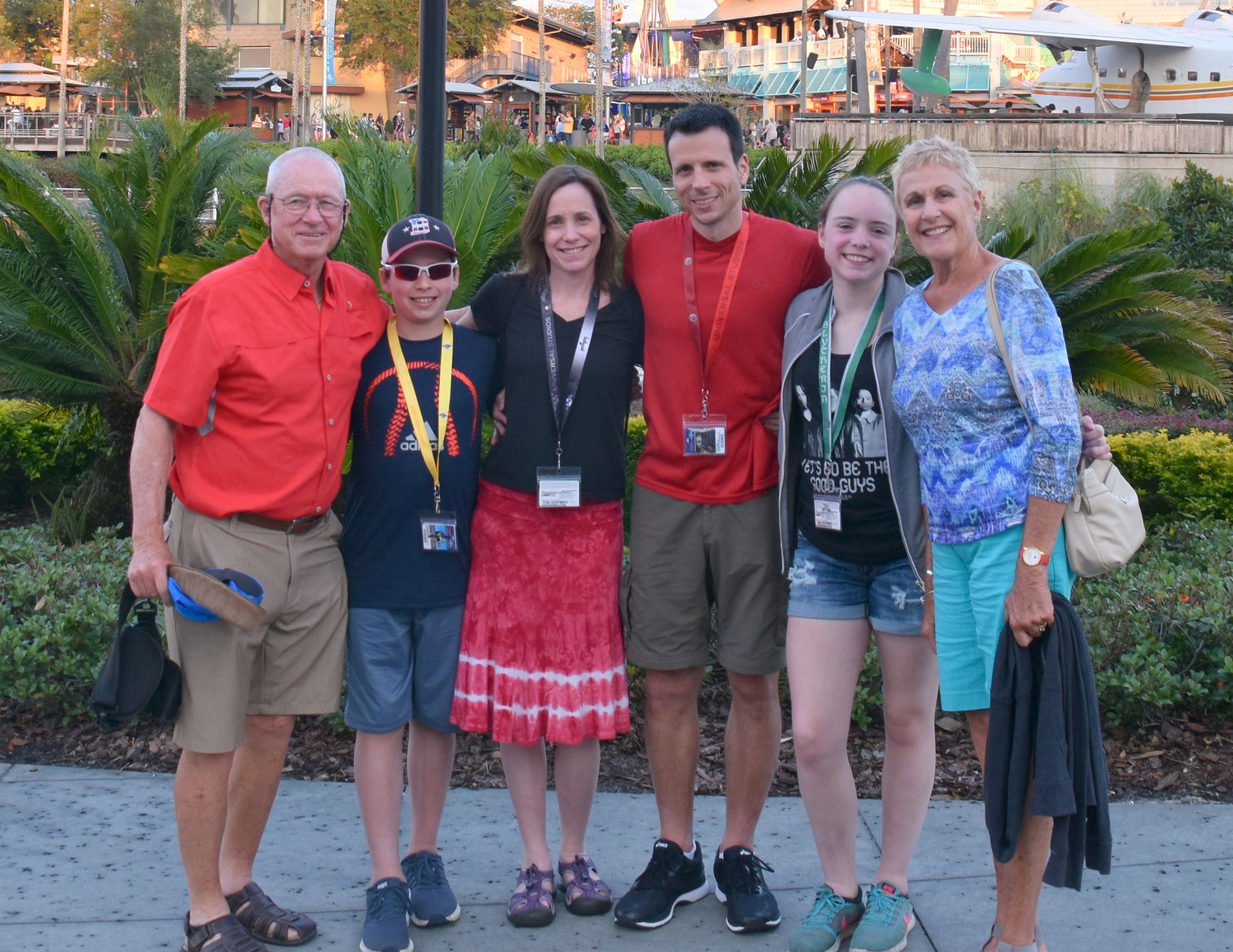 for dinner at  the Chocolate Emporium 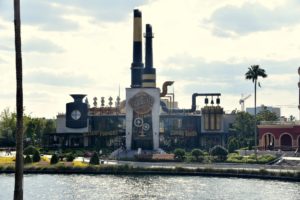 in the City Walk section 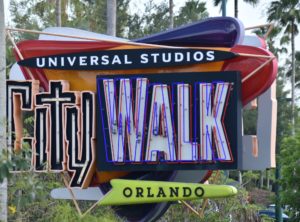 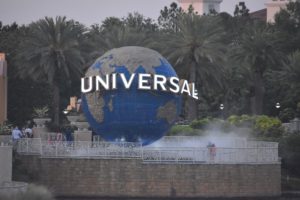 where they are spending Taylor's and Jake's Spring Break.week.

While not a theme park person, I was interested in Jimmy Buffet's 1954 Grumman HU-16 Albatross, dubbed the Hemisphere Dancer. 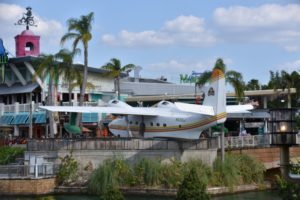 This Wright-bult float plane cruised at 130 MPH, and a maximum range of 2,477 nautical miles and a cruising ceiling of 25,00 feet.  In 1996, the Hemisphere Dancer was shot at by Jamaican authorities as it taxied in the water near Negril. The Jamaicans had mistaken it for a drug-runner’s plane, though Jimmy had “only come for chicken”, he was not “the ganja plane.” U2’s Bono was also on board the plane, but neither him nor Buffett were hurt. Like the great songwriter he is, Buffett penned a tune about the incident: Jamaica Mistaica appeared on the album Banana Wind.

We were als captivated by a young girl as she darted back-and-forth among several ground-level fountains. 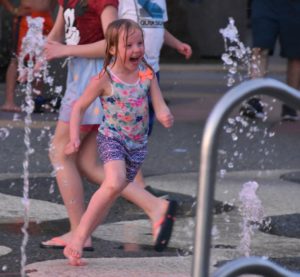 Back at our motorhome, we were sitting outside on a slider when we spied a meteor briefly soaring overhead before it burned up in the atmosphere.