Again, we awoke to sub-freezing temperatures … 29o … and brisk winds out of the northwest … which was a bad omen as they would be buffeting our motorhome all the way to Sarasota!

As we pulled in our slides in preparation to leave for Sarasota, we heard a crashing noise as ICE can tumbling off the top of our bedroom slide 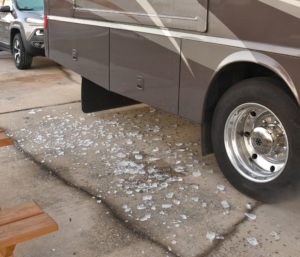 while another sliver of ice was visible from the top of our dinette slide. 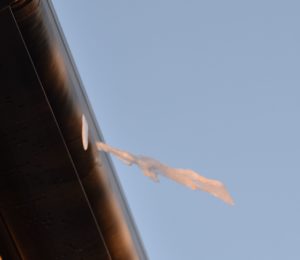 We were amazed at the number of police speed traps along the way … typically one crusier in the median or along the side ot the highway where oncoming traffic could not see it until it was too late … and two or three other police cars a short way fruther on who pulled over those unfortunate drivers with lead feet. 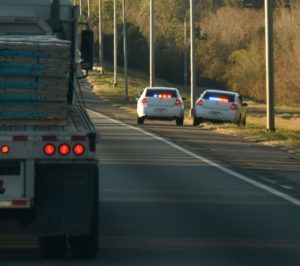 Points of interest along Interstates 275, 10 and 75 were few and far between today.

Today's Interstate highlights were few and far between. 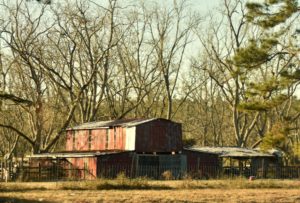 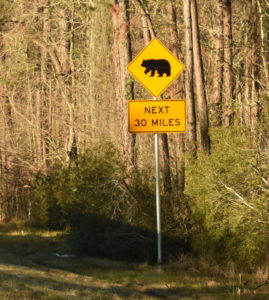 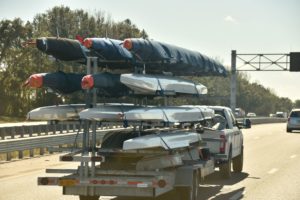 Despite the srong and often gusty winds, 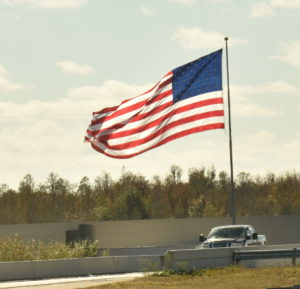 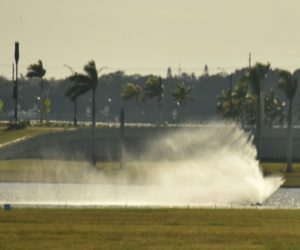 periodically reqiring a "death grip" on the steering wheel, we made great time until about 25 miles before our destination when we saw brake lights ahead and came to a near halt. 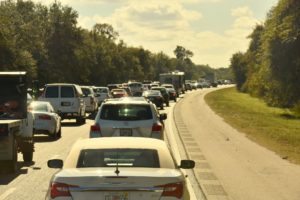 Fortunately, the back-up lasted only a couple of miles before we passed an accident scene 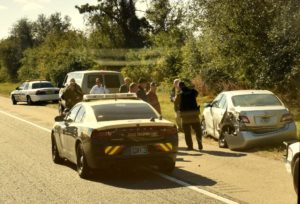 in which there did not appear to be any injuries. 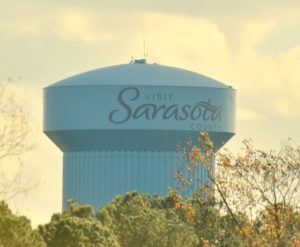 and shortly before 2:30, we pulled in to 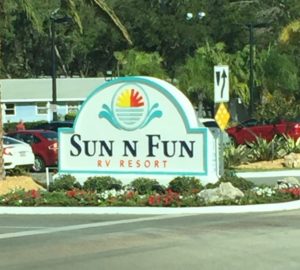 and had our site set-up for the next four months. 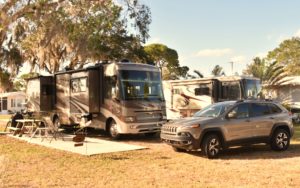 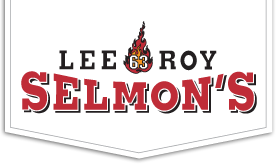