The weather was LOUSY … overcast, cold and with a steady breeze off the water creating a wind chill in the high teens … although no where near as unseasonably cold as back home!  Having discovered our washing machine had a leak … again for the second time in four years … we opted to use the campground's laundry this morning.

After that chore was completed, we hunkered down in our motorhome for the rest of the day.

However, this evening, we met Brandon and Lila Clements, 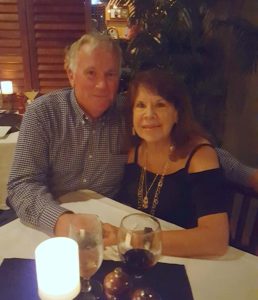 two old RV friends from our winters in Naples whom we hadn't seen in several years, for dinner at Hilton Head's 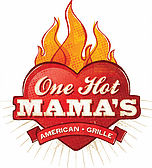 where we had the absolutely BEST ribs ever!

Spending time with Brandon and Lila was especially sweet as over a year ago he had been diagnoed with Mantle Cell Lymphoma, a very rare type of B-cell non-Hodgkin lymphoma (NHL) and mainly affects men who are over 50.  After months and months of cutting-edge and experiemental treatments, he looks and feels great!

We're hoping to catch up with them later this winter in Florida!