After arriving at Sun N Fun and getting settled in, we’ve had a hectic and productive week. 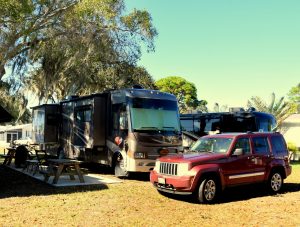 Debbie has discovered and gotten involved with both Stretching and Yoga classes while Dick joined Tatum Ridge Links, a local golf course just a mile-and-a-half from our campground.

We’ve also spent time with the Ken & Cheryl (the friends we met on our honeymoon in 1966), Dick Louis (Debbie’s brother) and his wife, Kate Morse, and Sandy and Jeff Fitts (Sandy is Dick’s favorite cousin and was like a second sister to him growing up).

We also had time for some shopping this past week … 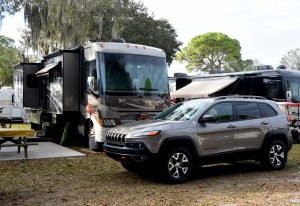 Replacing our 2008 Jeep Liberty with its 125,000 miles (which does not include nearly 70,000 additional miles we towed behind our motorhome) for a 2017 Jeep Cherokee Trail Hawk 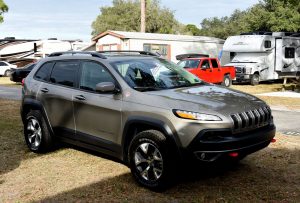 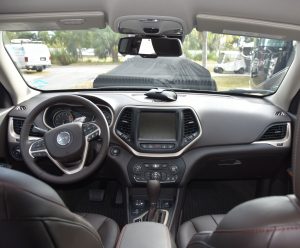 which seems to have every imaginable doodad we could have asked for and then some; including air conditioned seats, a heated steering wheel and even the ability to self-park both perpendicular and parallel.  It’ll take us weeks to figure out how to operate all of the systems on it!

This evening, Ken and Cheryl joined us in going to Siesta Beach for the “Drumming” and spectacular sunset.   The Drum Circle, in which anyone with a drum can participate, 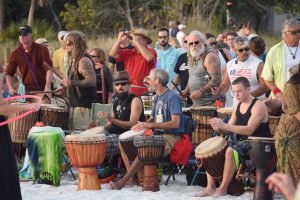 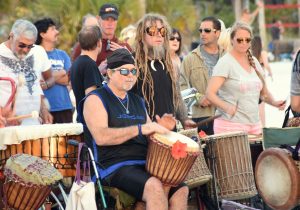 takes place every Sunday evening from an hour or so before sunset to shortly after the sun’s orb disappears beneath the Gulf of Mexico’s distant horizon.

As enjoyable as the pulsating sounds of the drums are, the people watching is second-to-none! 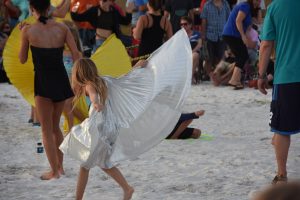 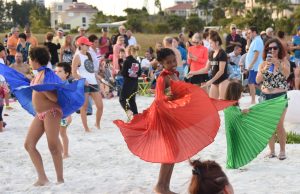 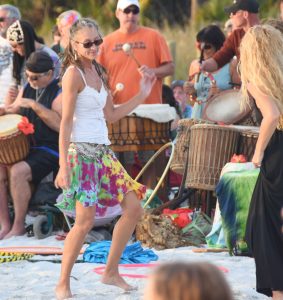 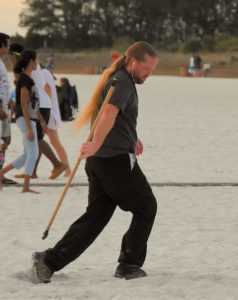 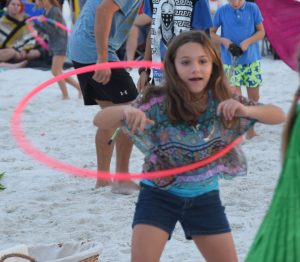 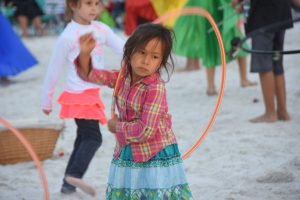 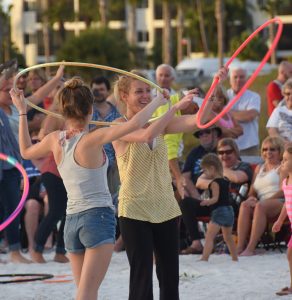 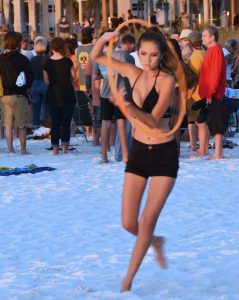 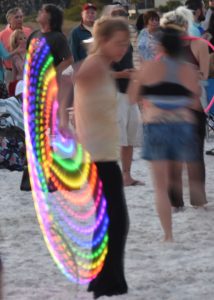 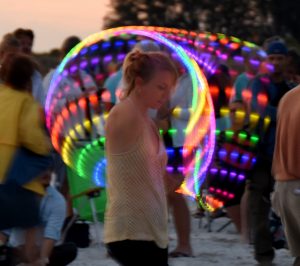 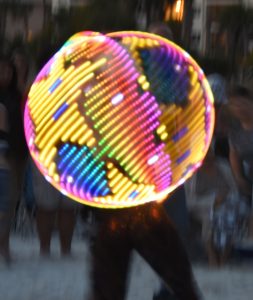 for a crowd of several hundred onlookers!

Meanwhile, fifty to one hundred yards away along the beach and at the water’s edge, occasional sand sculptures can be found 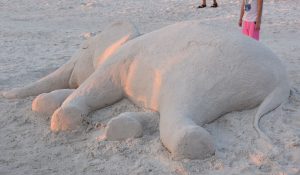 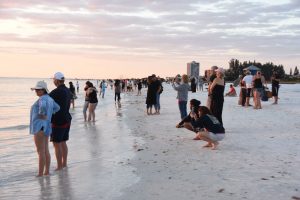 wait with anxious anticipation … most with smart phones in hand … to capture the last rays of the day’s sun. 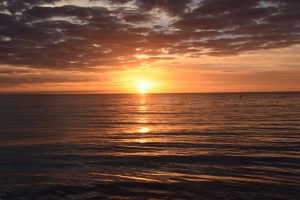 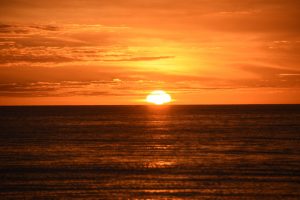 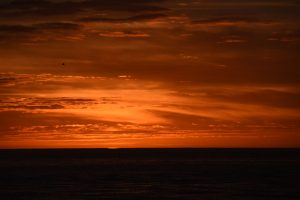