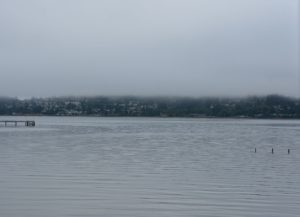 Hardly beyond the city limits we hit a section of 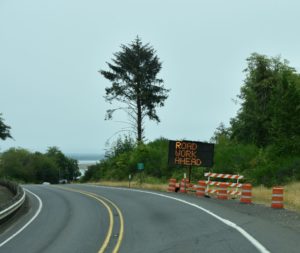 In the six years we’v been RVing across 49 states and 10 Canadian provinces/territories, thre has not been a single day on the road with our motorhome that we have not run into at least one section of “Road Work”!

Leaving the city limits, and typical of leaving most western cities at sea level or along a river, we began a climb through Navy Heights, 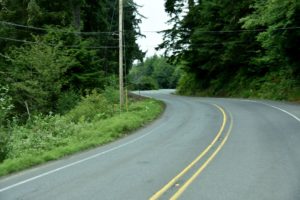 almost to the cloud base. 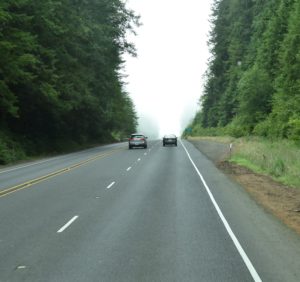 Paralleling the Columbia River, we caught a glimpse of a a small marina 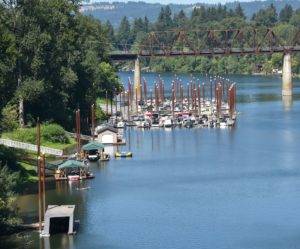 and homes and and asjacent to and boats moored along the John Day River, which feeds into the Columbia. 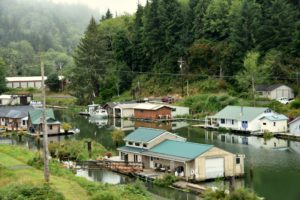 We passed through several small towns, including Sappose (population 6,592), 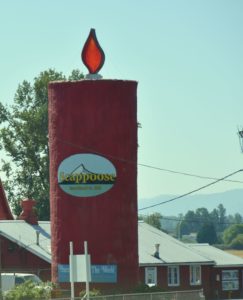 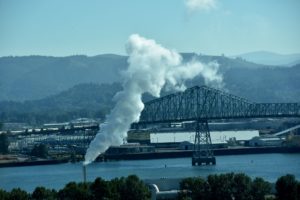 St. Helens (population 12,883)  from which we were able to catch sight of Mount St. Helens  through the haze, some 38 miles ot the north. 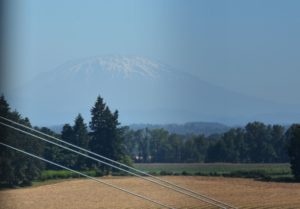 In the distance, we could see evidences of forestry clear-cuts 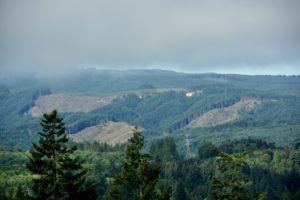 and, closer to the road, an occasional farm. 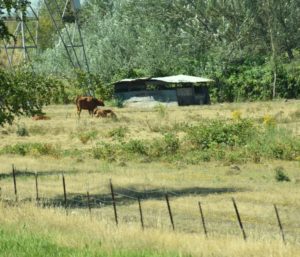 Reaching the Portland area we found ourselves in, what else, traffic! 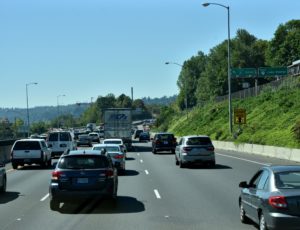 although we were able to catch sight of the dome on St. Patrrick’s Catholic Church. 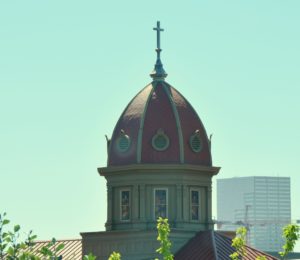 We had a great dinner at a local Italian restaurant in Salem … during which time we received a call from our campground advising us that our water hose had ruptured and a “neighbor” had shut off our water spigot.  Fortunately, I had an extra hose to replace the damaged one so we’ve got water again.