March 22 – 31, 2015 – Our Last Ten Days in Naples – Including the Southwest Florida Holocaust Museum

We were invited to join three other couples on day-long pontoon boat ride from Henderson Creek, 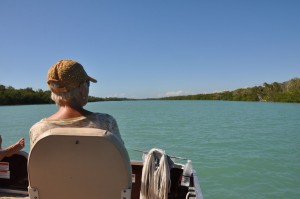 which abuts our resort, out into the Inter-coastal waterway,

past the Isle of Capri and Marco Island and on to Goodland for lunch at a riverside restaurant. 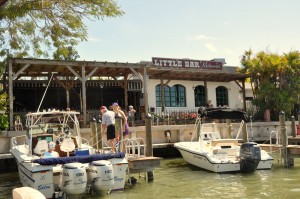 The trip was fantastic … winding through just a few of the 10,000 islands. 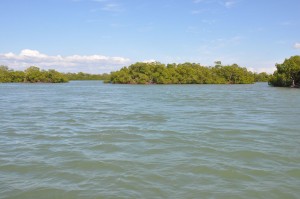 Passing and being entertained by Osprey, 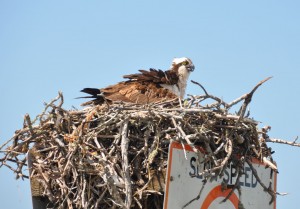 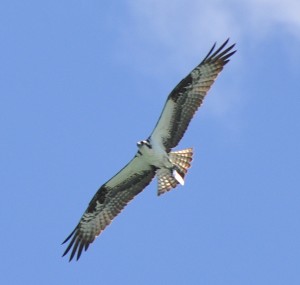 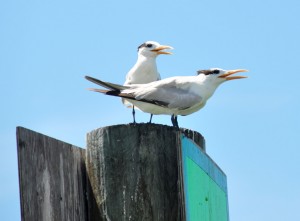 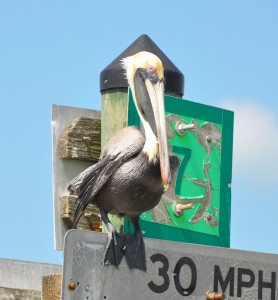 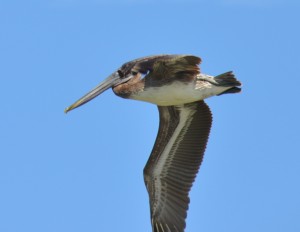 a Bald Eagle on a distant tree 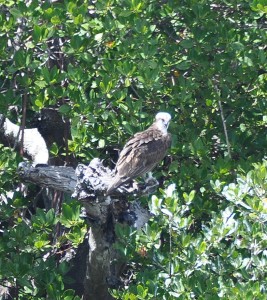 and dolphins racing alongside our boat. 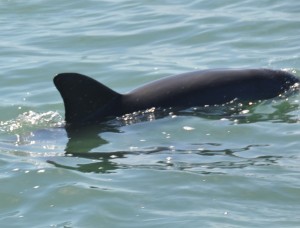 As we left earlier in the day, we noticed a small cypress tree which had taken root on an oyster “island”. 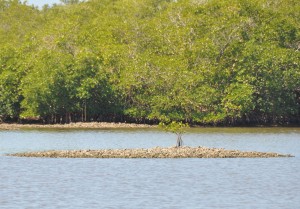 By the time we returned, the rising tide had overtaken the “island”, leaving just the leaves visible. 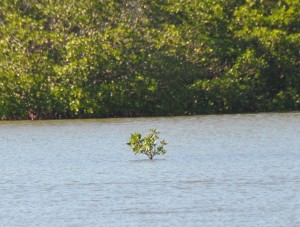 Beginning last Wednesday, Debbie spent five days with her two best friends from our days in Yardley, one of whom has a condo in North Naples, 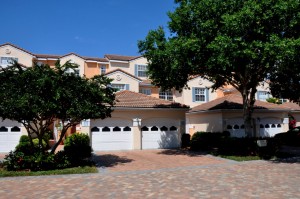 as they try to get together for a week of “girl time” every year or two. 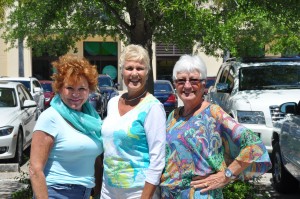 Meanwhile, I finished our taxes, got a chance for a couple of rounds of golf, went to the movies with some friends, washed the car and began preliminary packing for our departure from warm and sunny Naples on April 1st.

While doing some paperwork this past Saturday evening, I caught the glimmer of red and orange out of the corner of my eye. It turned out to be one of the most incredible sunset skies I’d seen in a long time! 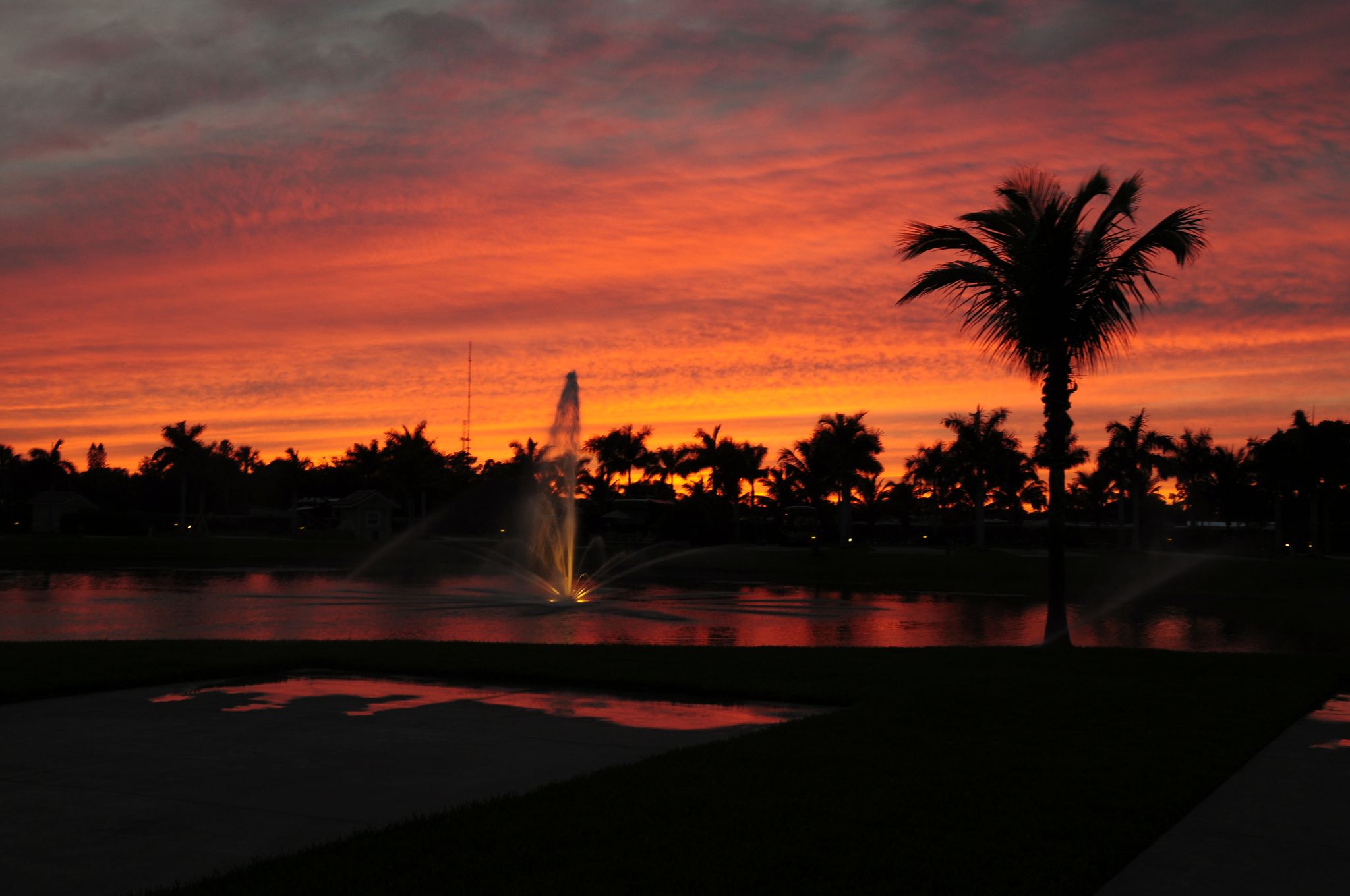 Monday, I joined Debbie and her friends for lunch 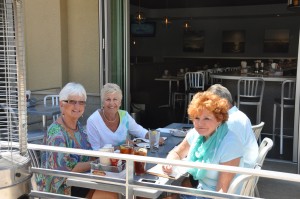 before heading back to our RV resort.

Today is our last day in Naples and after stowing tables, chairs, our grill and other outside items … while Debbie did the laundry … we decided to drive to the Naples Holocaust Museum and Education Center, which we’d tried to visit twice before only to find it closed.

The museum is well worth visiting! 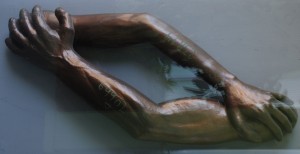 The Museum’s primary mission is to augment five area school districts in their mandate to teach all Florida students about the Holocaust; as the state is one of only six nationwide with such a requirement.  Annually, it provides classes, both on site and at area schools, about the Holocaust, frequently including survivors of the NAZI camps. In addition the some 25,000 students it reaches annually, some 5,000 visitors tour the museum … which has excellent tour guides who explain in chronological detail … through pictures, news articles, letters and other materials (including a traveling boxcar used to transport victims to concentration and extermination camps across NAZI-occupied Europe) … the evolution, execution and aftermath of this horrific period of history. 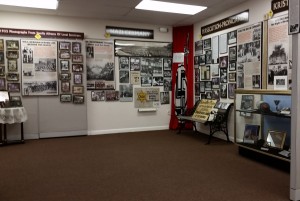 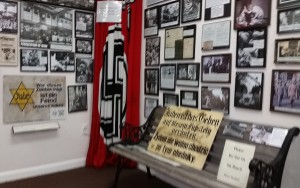 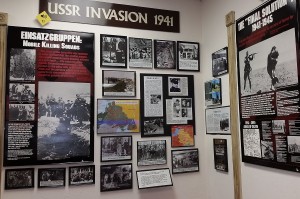 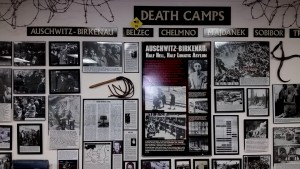 Having previously visited both the Holocaust Museum in Washington DC and Yad Vashem, 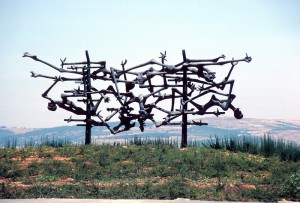 a living memorial to the victims of the Holocaust in Jerusalem, we were prepared for some of the photos and history we were about to experience. Still, many of the scenes or man’s inhumanity to man were incredibly disturbing … and belie the “Holocaust deniers” who would have people believe the Holocaust never occurred. 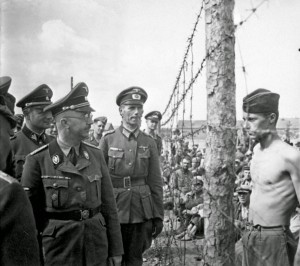 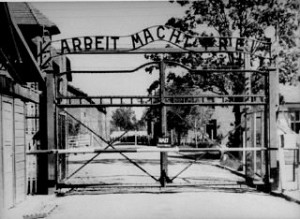 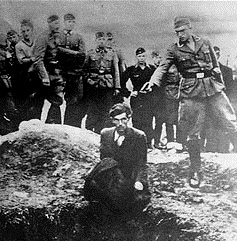 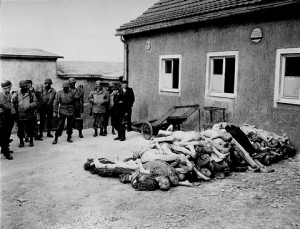 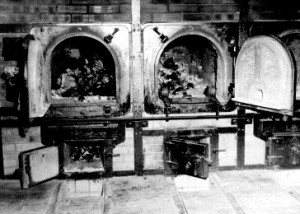 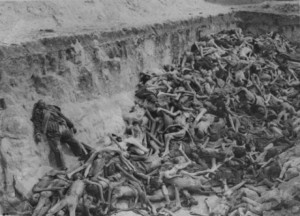 Some interesting facts about the Holocaust which we didn’t know:

11 Companies That Surprisingly Collaborated with the NAZIs

In the case of IBM, its famed punch card and card sorting system-a precursor to the computer. IBM, primarily through its German subsidiary, made Hitler’s program of Jewish destruction a technologic mission the company pursued with chilling success. IBM Germany, using its own staff and equipment, designed, executed, and supplied the indispensable technologic assistance Hitler’s Third Reich needed to accomplish what had never been done before-the automation of human destruction. More than 2,000 such multi-machine sets were dispatched throughout Germany, and thousands more throughout German-dominated Europe. Card sorting operations were established in every major concentration camp. People were moved from place to place, systematically worked to death, and their remains cataloged with icy automation. 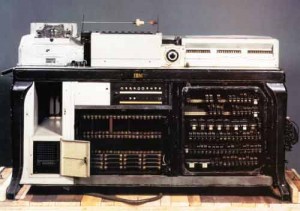 During the Holocaust, the most respected German corporations used slave labor, including BMW, Daimler-Benz (Mercedes-Benz), Messerschmitt, and Krupp. Though they were not forced to use slaves, they nevertheless used them as “good business practice.” Additionally, I.G. Farben, a German chemical industry conglomerate, invested more than 700 million Reich marks to build a huge petrochemical plant at Auschwitz III, which was staffed by human slaves

The Mosque of Paris helped Jews escape the Nazis by giving them Muslim IDs during WWII.

During WWII, two polish doctors saved 8,000 Jews from the Holocaust by faking a typhus epidemic that stopped the Nazis entering their town.

In 1945, Eisenhower predicted that people would try to deny the Holocaust, so he urged the press to come.

Although many people refer to all Nazi camps as “concentration camps,” there were actually a number of different kinds of camps, including concentration camps, extermination camps, labor camps, prisoner-of-war camps, and transit camps.  Six camps served as the main killing centers, all in Poland: Treblinka, Sobibor, Belzec, Chelmno, Auschwitz/Birkenau, and Majdanek.

The first concentration camp was Dachau, established on March 20, 1933

Bergen-Belson was the first camp to be liberated by Western Allied officers on April 15, 1945

This entry was posted in Southwest Florida Holocaust Museum. Bookmark the permalink.