We woke to a campground of strangers this morning. After juice, coffee, brushing our teeth and getting dressed, we began our routine preparations to get underway:

Fortunately, the “override” worked … but instead of heading for Ohio, we made a return call of General RV … arriving 4 minutes before they opened … and pulling up directly in front of one of their first-come-first-serve service doors. When it was suggested that we pull in, we did not hesitate. 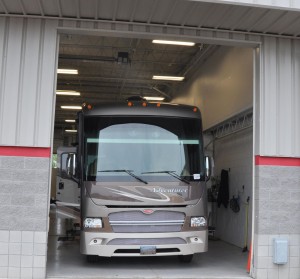 Over the course of the next hour, five service technicians and two service managers gathered around, looked under the coach, 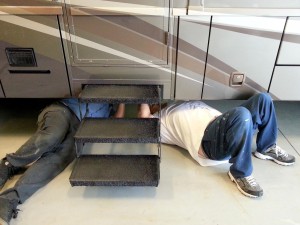 checked various fuse boxes (one of which I didn’t know existed), replaced one fuse (which solved another minor problem having nothing to do with the steps), scratched their heads … occasionally bumping them when climbing out from under, and discussing the problem.

Finally, I was told that the problem was fixed … and it appeared that was the case.

As we drove out the service bay door, Debbie and I noticed the steps which had been retracted suddenly extending. Egads!

Several of our new found service friends watched as I jammed on the brakes … and walked slowly up to our coach door, obviously thinking, “What now?”

After rechecking whether the door was tight when shut, which was the case, it suddenly hit us that one of the wires connected to the magnet on the door frame (which had been replaced during our prior visit last Monday) was loose due to a single screw which had not been properly tightened.

Entering the Indiana Turnpike (I-80/I-90), we headed for the EZ-Pass lane only to discover the lady ahead of us either had no idea she was in an EZ-Pass lane or was actually looking for a receipt. 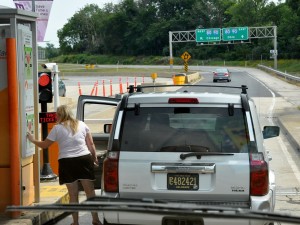 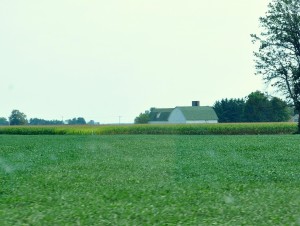 our drive was relatively uneventful … with the highlights found in Van Wert, Ohio where we passed 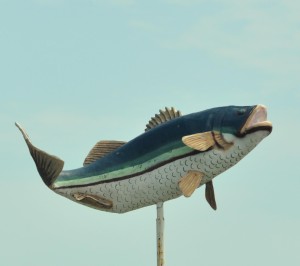 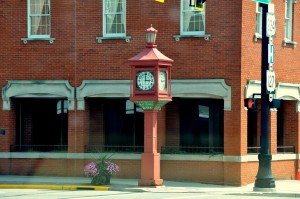 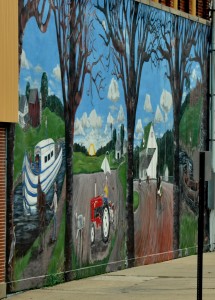 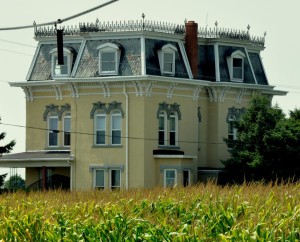 And the Van Wert County Fair … where I had to restrain Debbie for entering in one of their featured events. 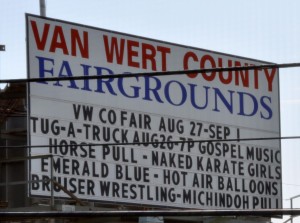 arriving at a KOA in Wapakoneta, Ohio around 4:30 PM. 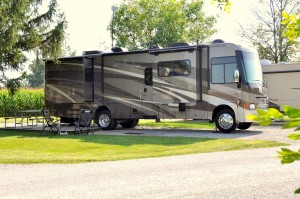 However, all’s well that ends well … as is a safe trip which ends with a glass of wine!