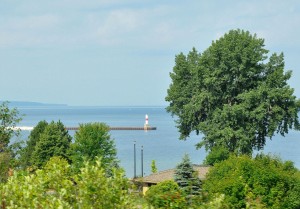 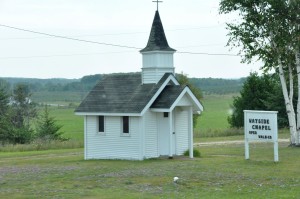 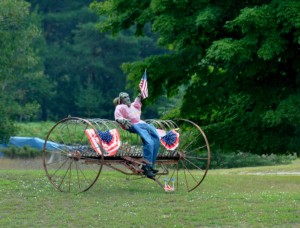 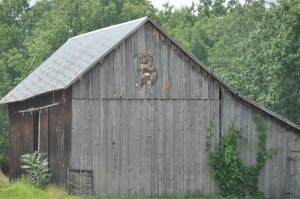 A bear on a barn 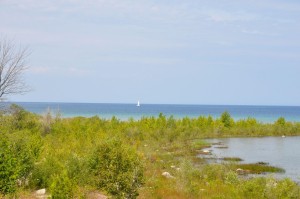 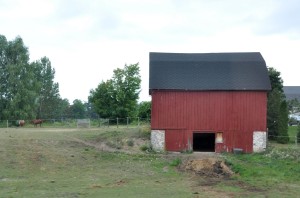 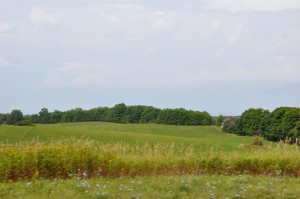 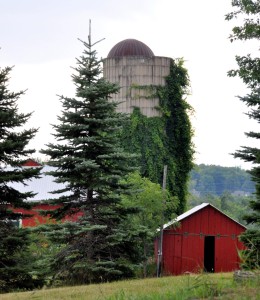 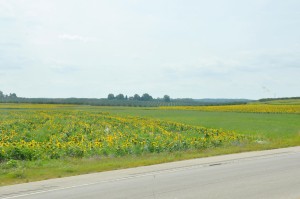 and through the quaint and manicured town of 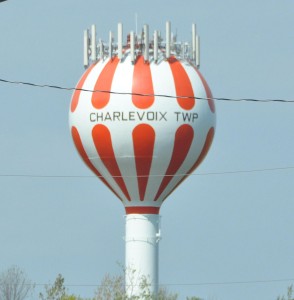 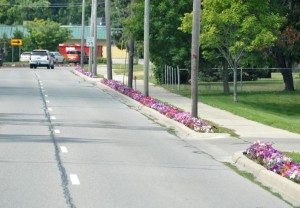 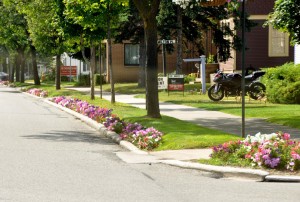 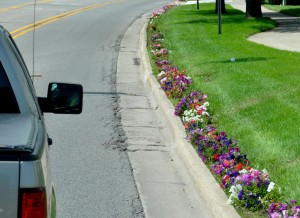 as well as gorgeous hanging flower baskets along the main street. 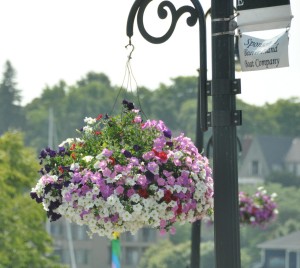 It is also home to a 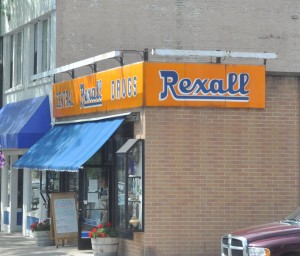 a once “brand name” which has almost disappeared from the American landscape and several building wall murals. 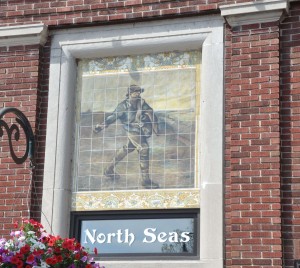 and the World’s Largest Cherry Pie! 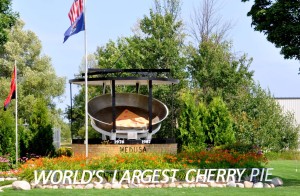 As with Petoskey, Charlevoix also sported a lighthouse standing sentinel at the end of its channel leading to Lake Michigan. 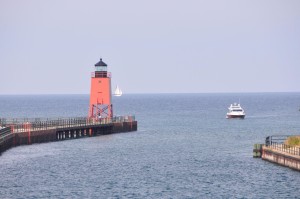 After getting settled at our Traverse City campground, we drove up the Old Mission Peninsula which extends northward from Traverse City into Lake Michigan’s Grand Traverse Bay … past eight wineries … 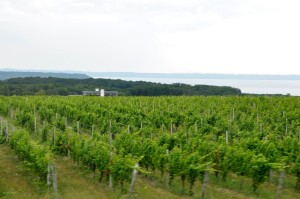 to the Mission Point Lighthouse at the end of the 19 mile long by 3 mile wide peninsula. 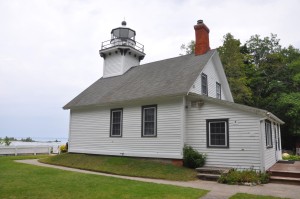 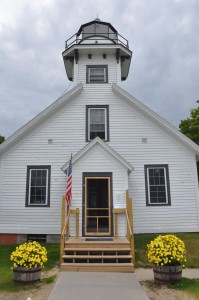 When it was built in 1870, it was an exact copy of the (now destroyed) Mama Juda Lighthouse which was built on the Detroit River in 1866. The foundation is natural and emplaced. The wooden structure is painted white with black trim. The square tower is attached to a dwelling.

A fixed white Fifth Order Fresnel lens was installed. The building was only one and one half stories tall. However, its placement on a sand bank fourteen feet above the lake’s surface created a lens focal plane of 47 feet. It was visible from 13 miles at sea. Maintaining the dune and protecting it and the lighthouse from the deleterious effects of wave action has been a constant struggle. The lighthouse was deactivated in 1933 and purchased by the State of Michigan. 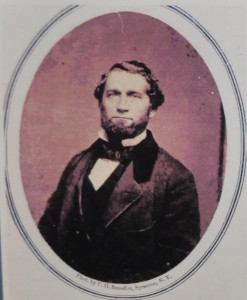 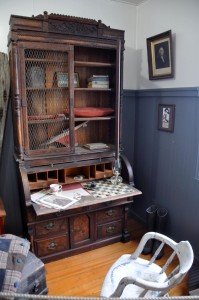 Famously, the lighthouse stands a few hundred yards south of the 45th parallel north, halfway between the North Pole and the Equator. 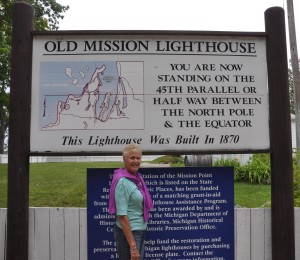 Another nearby sign is extremely telling and explains why the Old Mission and parallel Leelanau peninsulas are such excellent wine regions.

Notice such places as Bordeaux, France and northern Italy also lie along the 45th parallel

Also located on the Mission Point Lighthouse property is the Hesler Log Home. 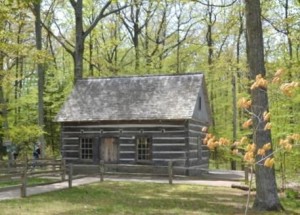 Joseph and Mary Hesler built this log home on the peninsula between 1854-1856; from hand hewn pine logs which were stacked on top of each other to form the walls while modified dove-tailed joints held the corners snugly together without nails or fasteners. It is typical of the first shelters built by early pioneers. Faced with acres of forest, they cleared their land, built a home with the timber and planted crops. The Heslers sold their home in 1866. Over the ensuing 125 years it served as a private residence, housing for migrant workers, a school and quarters for a bull. In 1992, it was restored any moved to its present site 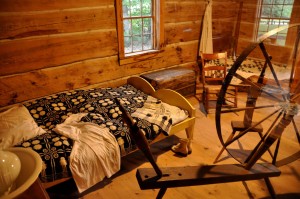 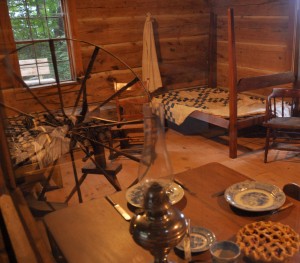 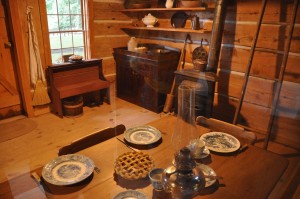 We also saw a number of black fox squirrels scurrying about the lighthouse’s property. 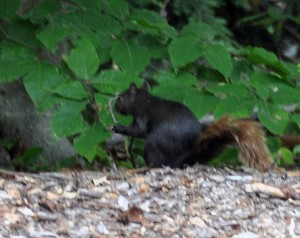