February 23 – March 6 – It’s been an Ongoing Tough Life … But We’ve Volunteered to Endure It!

The past couple of weeks have been relatively uneventful here in Florida’s southern paradise.  For Debbie, Jazzercise, Margareta Monday’s and Aquatic Zumba while I swim, bike and continue to break 100 on the golf course!  Then there is Trivia night, Meet & Greet (with its complimentary wine and hors d’ouvres), several evening parties  … and, oh yes, warm temperatures under mostly clear skies (although Debbie is clearly not a fan of the occasional humidity).

However, one morning the temperature plunged to: 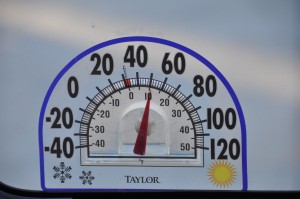 As we’ve done for the past two years, we got together with one of my high school classmates and her husband, Gail and Dick Lee. 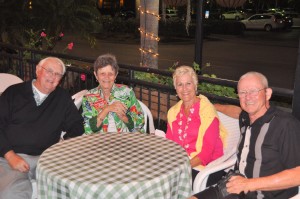 Last Saturday, we received a surprise phone call from my cousin Chip.  He and his wife, Debby, were in Marco Island (just 10 miles south of us).  After stopping by to see our resort and motorhome, we joined them and four of their friends for dinner at the 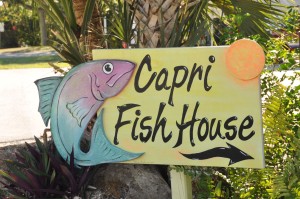 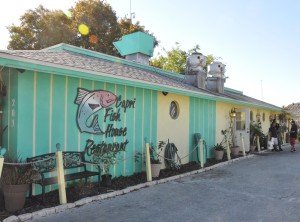 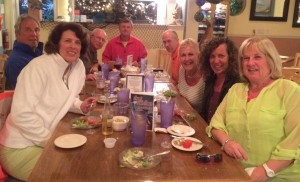 Yesterday evening was “Trivia” night, a game similar to Jeopardy played between ever changing teams.  And, miracle of miracles, for the first time (in three years), we were on the winning team … after several weeks of second places and one last place finish!  Our prize was a $100 gift certificate at 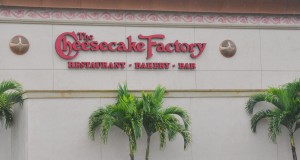 After nearly perfect weather the past month, we were put on a severe weather alert, including possibility of tornadoes (which fortunately did not materialize). The radar images from both local and national weather reports were convincing enough 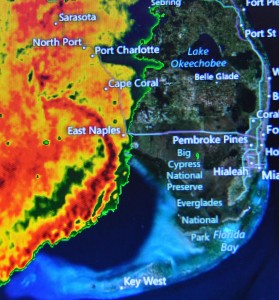 We’re located just to the east of East Naples

that everyone stored their outside chairs, tables, grills and other items.  Then, right on schedule, the rain came 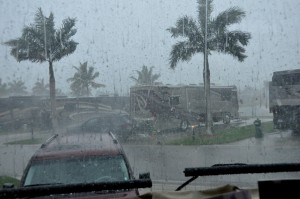 and winds buffeted our motorhome and took out their wrath on the palms. 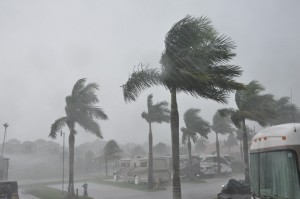 However, the storm passed and we celebrated our “Trivia” win and enjoyed a great dinner. 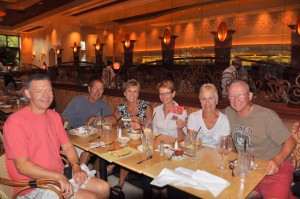 After leaving the Cheesecake Factory, Debbie and I took a drive to Naples Beach where we were lucky enough to watch some para-wind surfers, 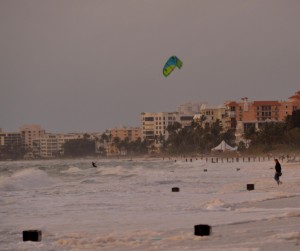 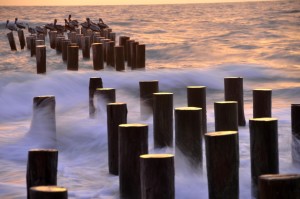 and a picturesque sunset … with the ever changing light from the sun painting the sky and ocean in a pallet of colors so vivid they looked almost surreal! 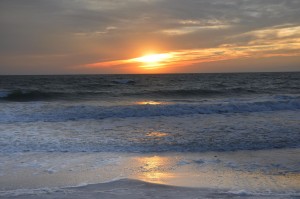 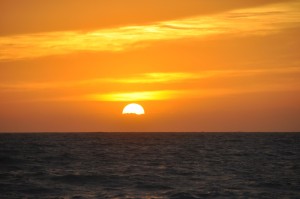 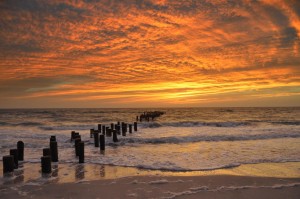 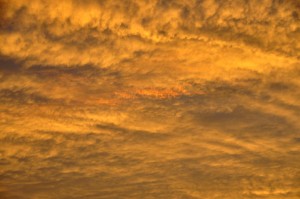 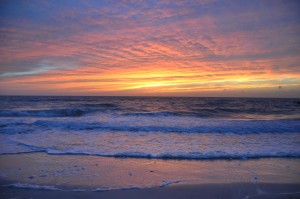 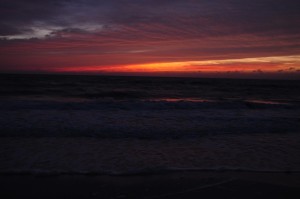