Just after waking this morning, we looked out our window to a hot air balloon drifting slowly toward us … 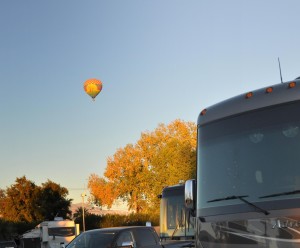 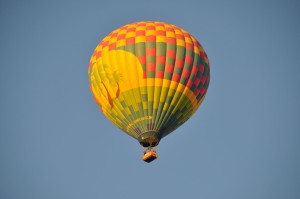 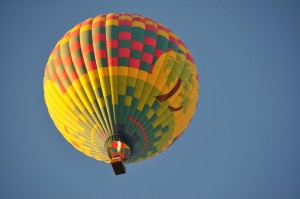 with the moon providing a dramatic backdrop. 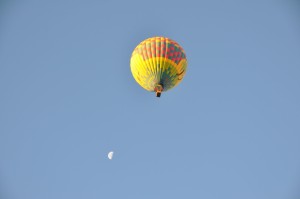 After a complementary waffle breakfast at our Indio campground, we continued our westward trek paralleling the mountains of Joshua Tree National Park just to our north. 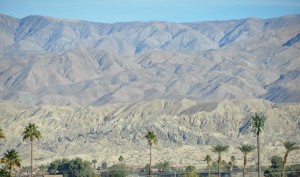 Again, we were still being not-so-subtly watched! 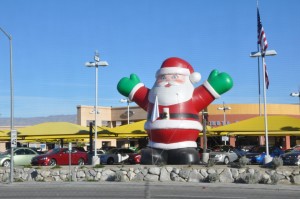 Nearing Palm Springs, we were surprised by the tremendous number of wind turbines which had been erected since the last time we were here … albeit some 30 years ago! 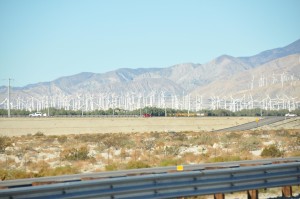 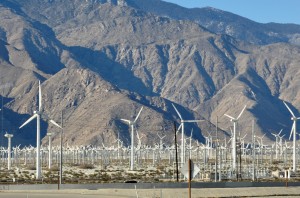 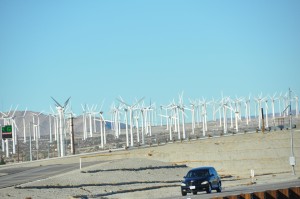 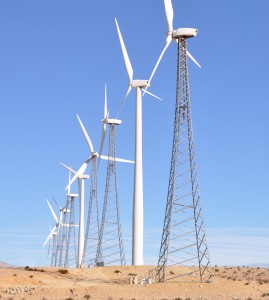 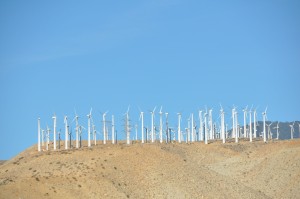 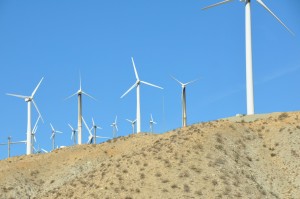 After some further research we discovered:

·         Why the Palm Springs location:   A wind turbine is a device that converts wind energy into mechanical energy, which is then used to produce electricity.  As heat rises from the desert floor, it creates a low-pressure area filled by the cool air blowing in from the Pacific Ocean, 90 miles west.  As the wind rushes toward the desert, it is forced between the mountains (Mount San Gorgonio at 11,503 feet and Mount San Jacinto at 10,833 feet), creating a Venturi effect — similar to placing your finger on a garden hose.

Leaving the Palm Springs area, there was a short stretch of I-10 where the fauna was still in control 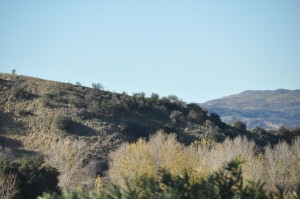 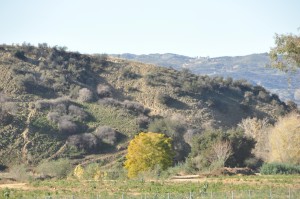 before entering the sprawling Los Angeles suburbs and network of highways. 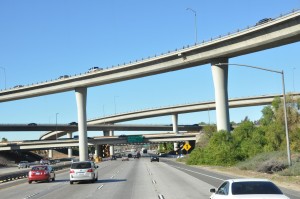 Once at our campground, 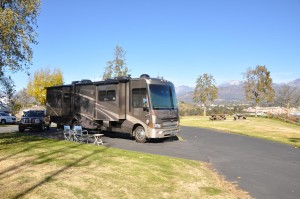 we retrieved our first mail (which Doug had forwarded) since leaving home.

Just prior to leaving for dinner, the setting sun painted the mountains of the Angeles and San Bernardino National Forests in pink, purple and orange hues. 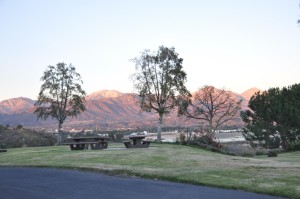 This evening we ate at the Pomona Valley Mining Camp restaurant 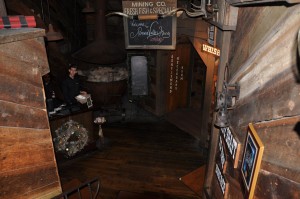 With our table looking out over the lights of Ontario, Montclair, Pomona and beyond

Back at our campground, we took a walk (in part to walk off some of the dinner we’d just packed away) to see some of the Christmas lights on and decorations around many of the RVs here for the holiday. 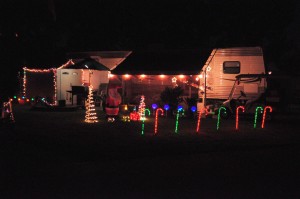 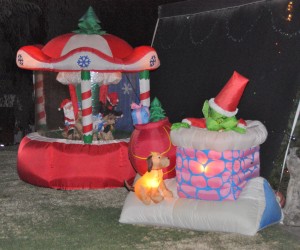 On the way back to our coach, Debbie had a pass made at her! 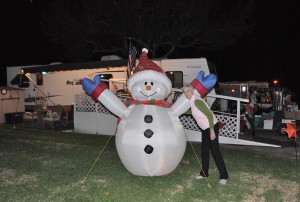