We left Goodyear under clear but cool skies.  I-10 west of Phoenix crosses a wide dessert valley bordered by stark mountain ranges to the north and south 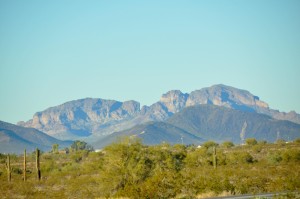 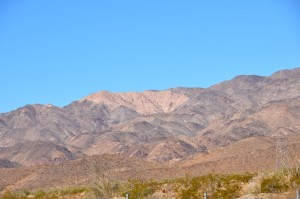 surprisingly interrupted by one short span of argi-fields 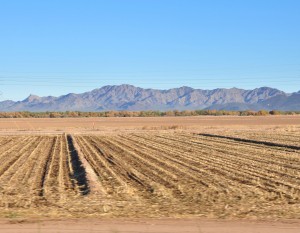 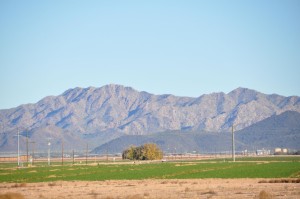 Today’s nearly calm breezes were a welcome relief after having to fight the gusty winds we experienced on our trip into the Phoenix area. 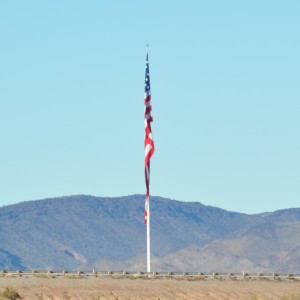 and a nuclear power plant belching steam into the blue sky. 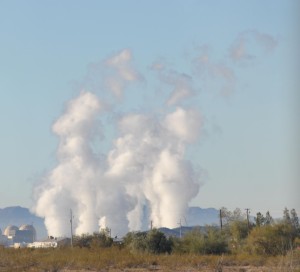 Occasionally, we spotted small areas of Arizona’s iconic saguaro cactus which are far more prolific in and around Tucson and north of Phoenix.

We pulled in to Quartzite, AZ to fill up on gas before reaching California where gas is as much as a half-a-buck more expensive.  With a year-round population of 3,700, it balloons to 20,ooo+ each winter as it is invaded by RV snowbirds each winter.  Along with gas stations, rock shops, restaurants and RV campgrounds … it appeared that it is also a graveyard for private airplanes 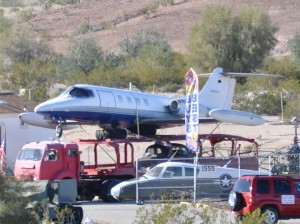 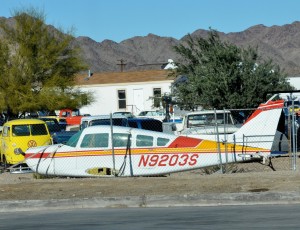 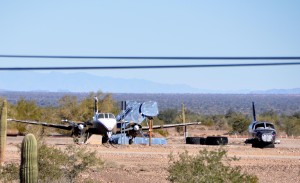 as well, unfortunately, as a homeless man and his dog. 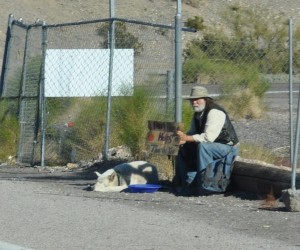 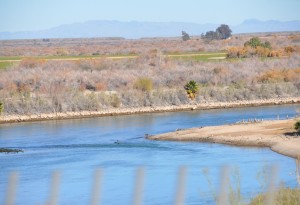 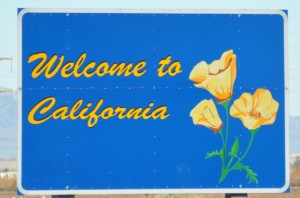 where were directed to pull into an 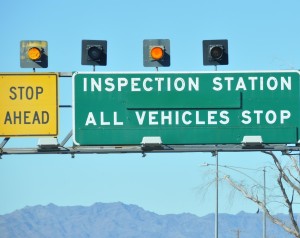 Based on prior experiences entering California where we were queried about fresh fruits and vegetables, we’d decided not to load up on grapefruits fresh from the tree at our last campground, fearing they’d just be confiscated, only to be waved through the Inspection Station without having to stop!

Whereas the landscape had been very arid on the Arizona side of the river, almost immediately after entering California, agricultural fields lined the highway. 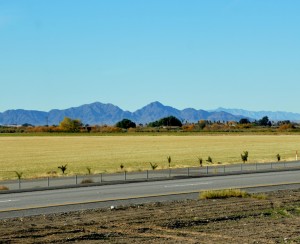 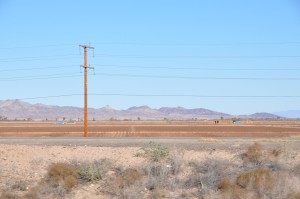 However, they soon disappeared and we were back amid a desert landscape.

Interestingly, of the literally hundreds of emergency highway call boxes we passed, we finally saw one actually being used. 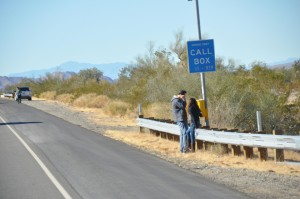 Descending into Indio, once again crop fields came into view. 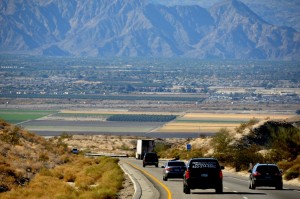 After missing one turn, we arrived at our overnight campground where the temperature was in the 700s for the first time on our trip.  After hooking up our coach, 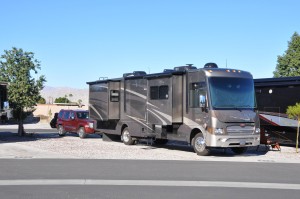 we spent the afternoon at the campground’s 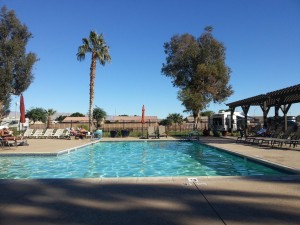 Tonight, we are surfing the TV channels (no cable at the park), where we’ve “enjoyed” watching the news and other shows in Spanish and Japanese.