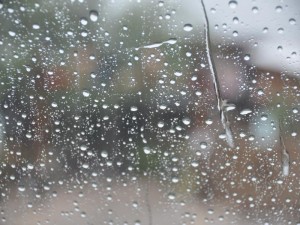 causing us to drastically reduce our speed to avoid hydroplaning … which caused at least two cars we saw to spin out and off the Interstate.  Then, as the road climbed to over 4,000’, we drove up into the low hanging clouds which dropped the visibility to no more than 25-50 yards. 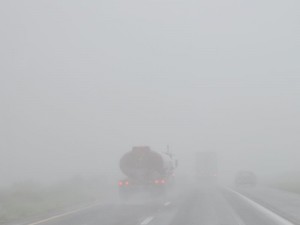 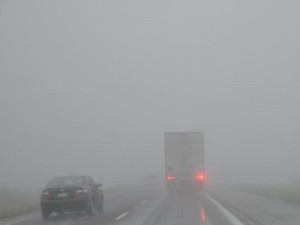 Slowed to less than 30 MPH and with our flashers on, we only hoped that no fool would come blasting up behind us.  As the road finally began to descend and the visibility improved, low-hanging clouds hung in the valleys. 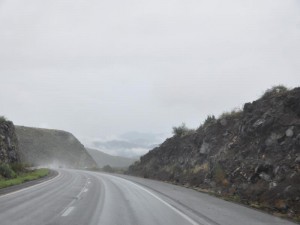 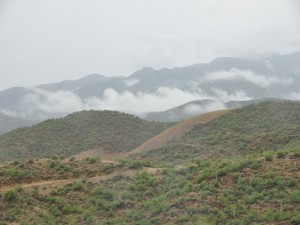 Nearing Carefree, we saw some rugged and drenched bikers peddling away in the drizzle. 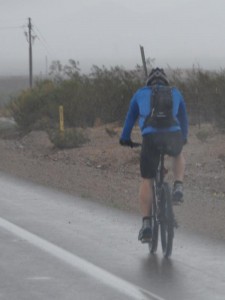 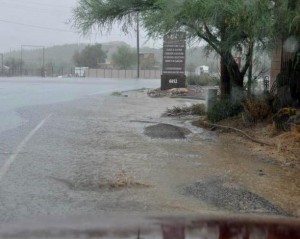 in what we later learned was over 2.28” of rain in just a few short hours … resulting in dozen of flash floods across central and northern Arizona

where we met Debbie’s brother, David for lunch 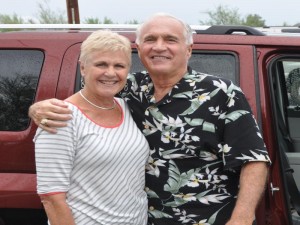 at a popular restaurant my folks used to patronize years ago. 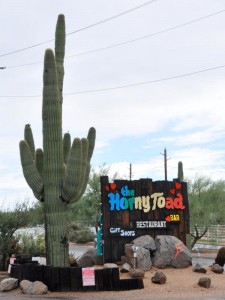 Heading back to Sedona the rains had abated, although the low-hanging clouds still rolled on and off the highway at higher elevations. 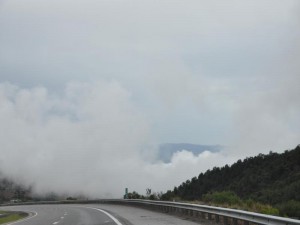 By the time we returned to Sedona, the sun has finally broken through revealing some simply spectacular views of the area’s famous red rocks. 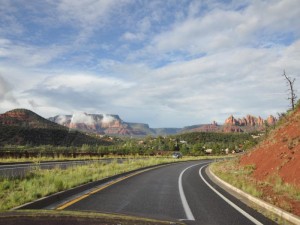 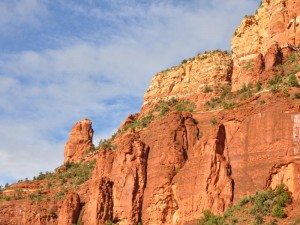 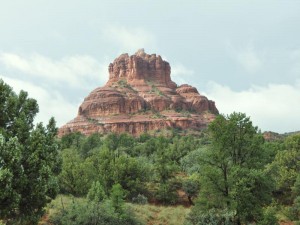 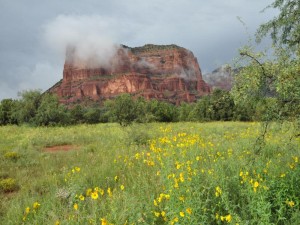 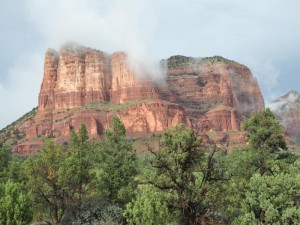 Around which the clouds periodically veiled its summit 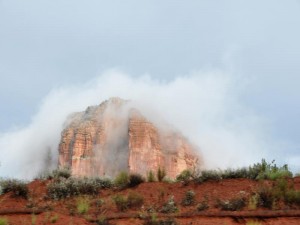 Our final stop was at the Chapel of the Holy Cross, 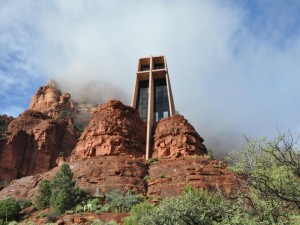 a Roman Catholic Church built into the red rock. 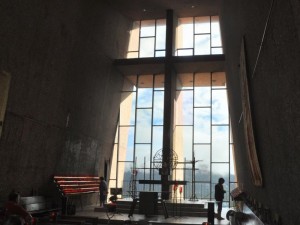 Amid the red rocks surrounding the chapel are a number of cactus, their stems fat with water and most in one stage of another of blooming thanks to the recent rains, 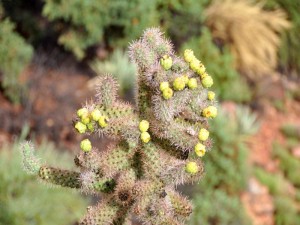 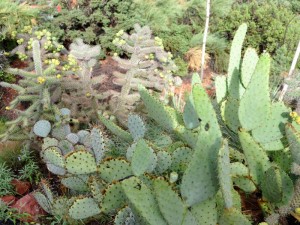 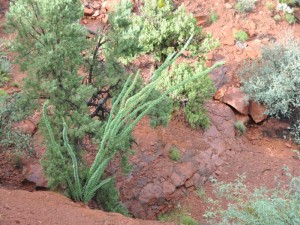 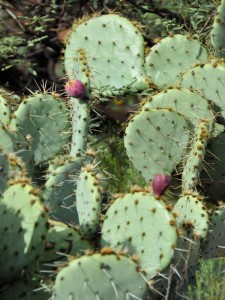 small cedars which have taken root in the cracks of the rocks. 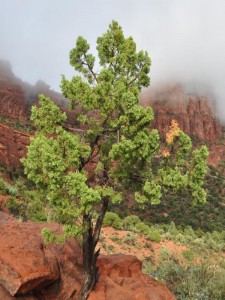 Also, looking down from the chapel is an incredible home … love to know who lives there! 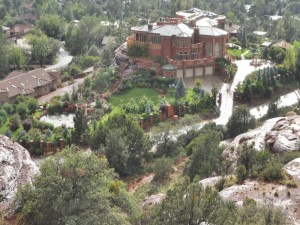 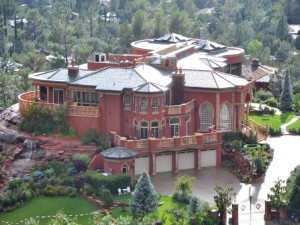 This entry was posted in Chapel of the Holy Cros,- Sedona, AZ, Red Rocks, Sedona, AZ. Bookmark the permalink.