Today’s drive across central Montana proved to be surprisingly pretty, despite the apparent barrenness of the landscape.  Shortly after leaving Helena, we crossed the 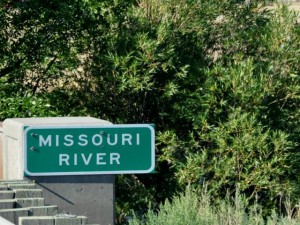 And a hour or so later passed the source of the river near Three Forks, MT. 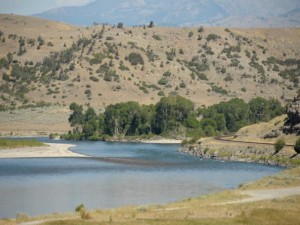 Wheat farming appears to be the most significant crop 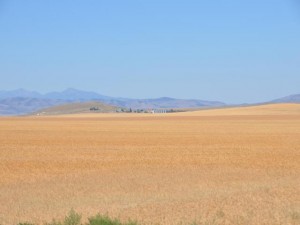 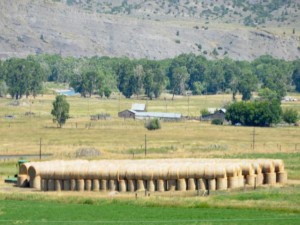 and corn becoming more noticeable the further east we drove.  The fields were planted right up to where the mountains began to rise up. 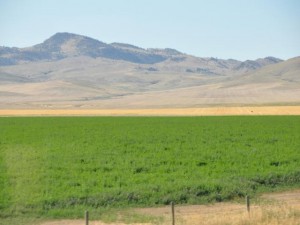 We pulled in to a Rest Area in Park City, MT for a lunch stop and noticed a sign cataloging the history of the town … which we found amusing. 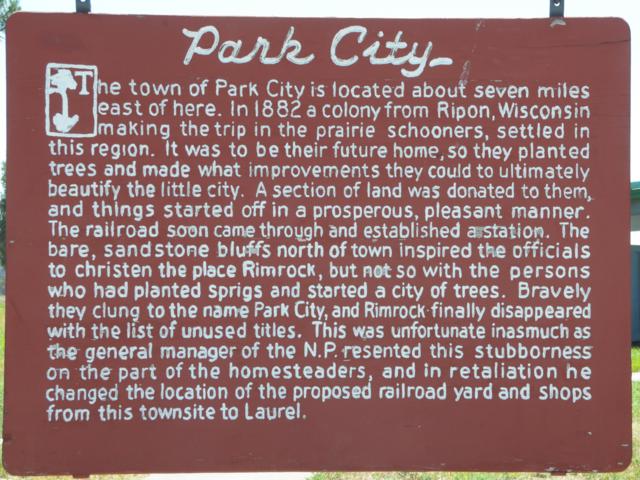 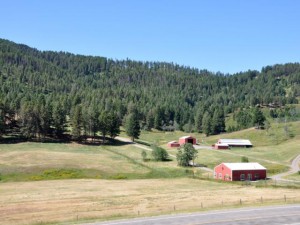 Although they soon gave way to more open and generally treeless plains. 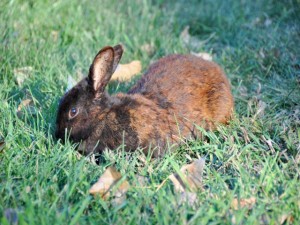 One of which took temporary residence under our motorhome. 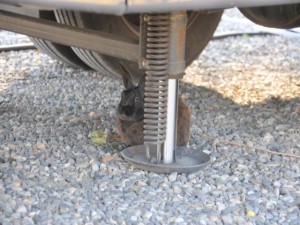 Across the street and a field away was a coal-fired power plant. 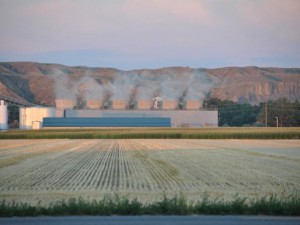 During a walk after dinner, we were treated to the sun’s setting reflection off clouds to our east. 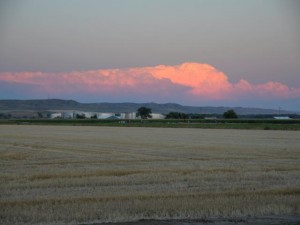