We left St Mary with a bit of trepidation as our drive to Helena took us over what we recalled as a narrow very winding road we’d traveled in the other direction in 2011.  Fortunately, our recollections were overblown and worries unfounded.  We climbed nearly 3,000’ to a ridge through an area which had been ravaged by forest fires in 2006. 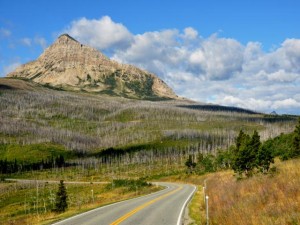 The next section, which we drove in the late afternoon at the end of a 300+ mile day, anything but straight 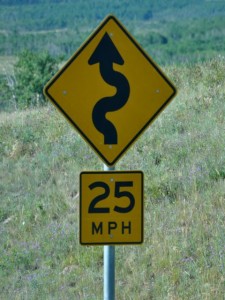 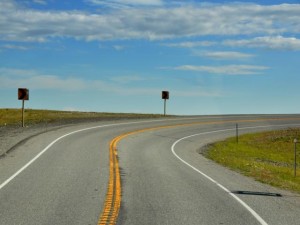 while the scenery remained breathtaking. 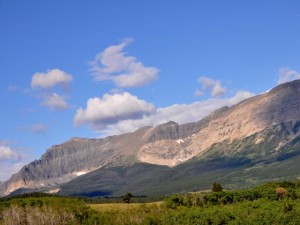 However, the road was not the biggest hazard … rather it was the local, free-range “wildlife” … 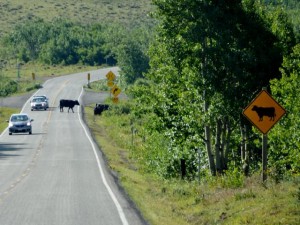 although Debbie also spotted a fox. 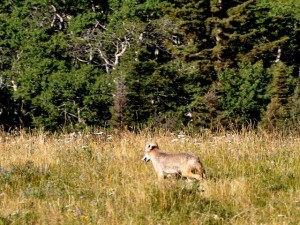 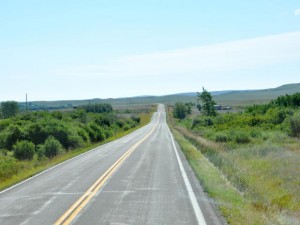 as we approached the Blackfoot reservation town of Browning, Debbie spotted what looked like a large Remington reproduction. 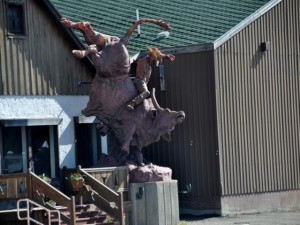 From there, Route 89 (which incidentally stretches from the Canadian border all the way to Mexico) wound over and around an endless series of hills still almost devoid of and traffic for the next 90 miles. 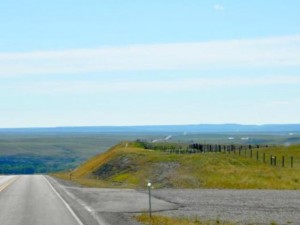 Passing through the center of Dupuyer (population 86), whose entrance signs appeared to be its most prominent feature 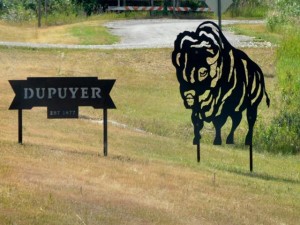 and Bynum (population 31), whose post office in only open 2 hours a day five days a week, sported an abandoned two-door public bathroom 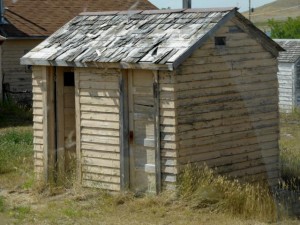 and a combination empty wildlife sanctuary and out-of-business bar 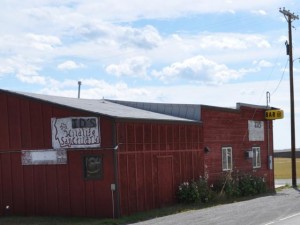 provided the only relief from the enormous cattle ranches and wheat farms which seemed to stretch to the mountains or the horizons, whichever was further away. 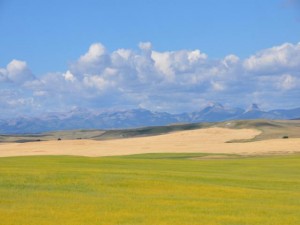 Occasionally, we’d spot community of bee hives, curiously painted in bright colors.  After checking on the Internet its remains a mystery as to why they aren’t white as are most hives. 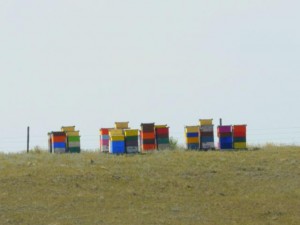 Again, my eagle-eyed wife saw a mule deer watching us drive by. 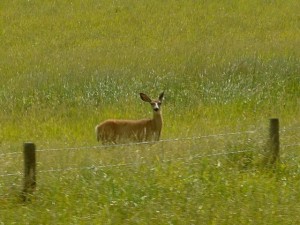 We were intrigued with the “X” style supports for the barb wire fencing along long stretches of road, something we’d only seen once before in the Grand Tetons. 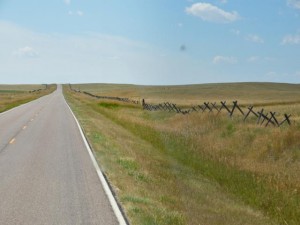 As we neared I-15 just north of Helena the landscape took on a different look and a few clumps of trees began to appear. 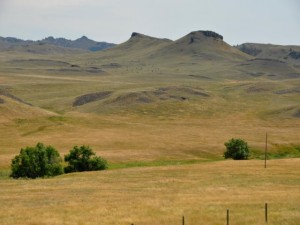 I-15 was a striking contrast to the roads we’d been on earlier in the day, snaking around rugged and sometimes colorful rock formations 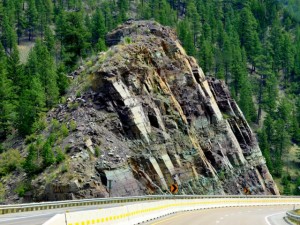 and through passes in the surrounding hills 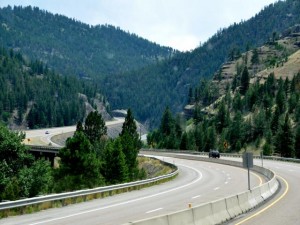 While we’d  been buffeted by gusty winds over the past several hours, it wasn’t until we reached our campground and emerged from our coach that we realized how strong they were … actually bending the surrounding trees. 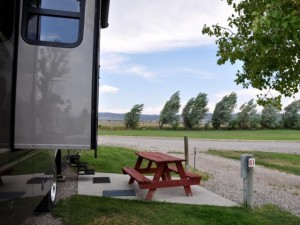 Shortly after the sun had disappeared over the horizon, its rays put on a colorful show as they were reflected off the undersides of the few clouds. 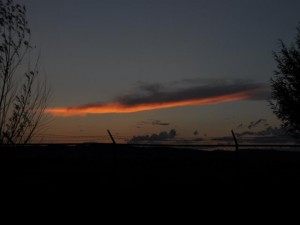