We awoke to a clear sky and warm temperatures, for a change.

Shortly after heading west from Regina, beyond a field of (yes, more) canola, we saw a large manufacturing/processing plant but, at the time, had no idea about the white mounds surrounding the facility. 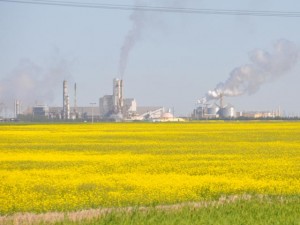 While many people might find the flat to gently rolling plains we’ve been traveling monotonous, we continue to enjoy the ever changing colors and textures of the landscapes, 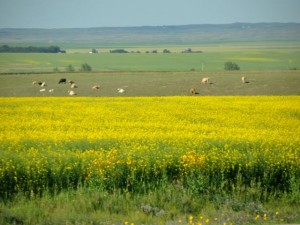 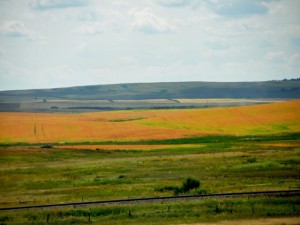 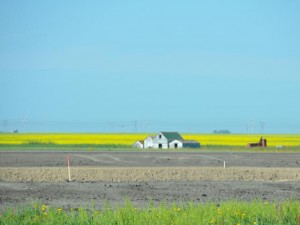 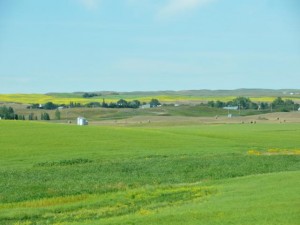 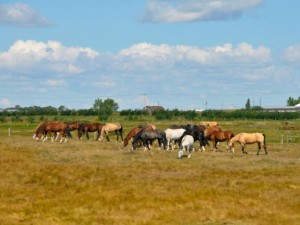 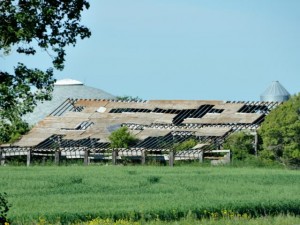 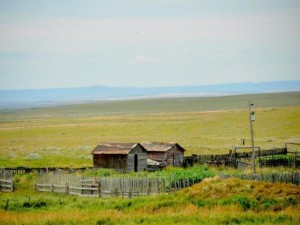 assorted military hardware that communities across the US and Canada have a phobia about displaying, 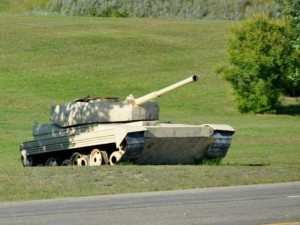 we found ourselves sharing the road with recreation and serious, long-distance bikers 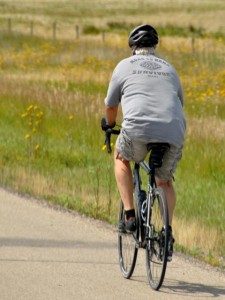 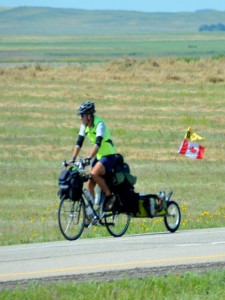 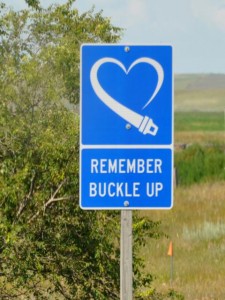 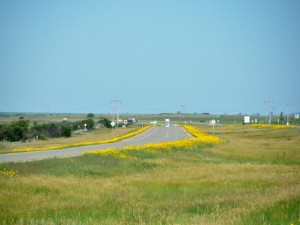 In this case they are growing naturally, however

assorted tractors and farm equipment meandering down the highway, 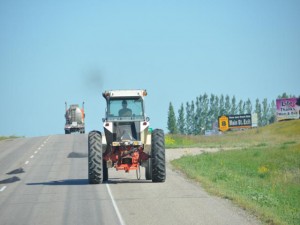 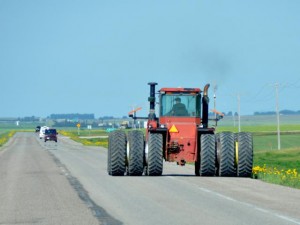 the evidence of Saskatchewan’s oil exploitation, 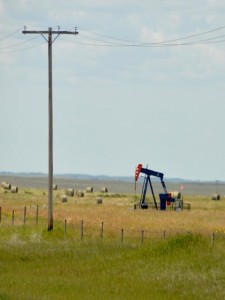 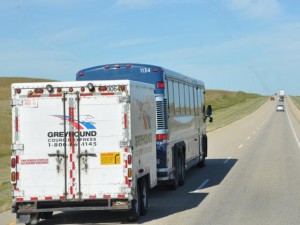 And then there are the unexpected “gems” we discover.  Today is was in Chaplin, Saskatchewan.  Initially we pulled in to what we thought was a highway rest area.  What we quickly discovered was the 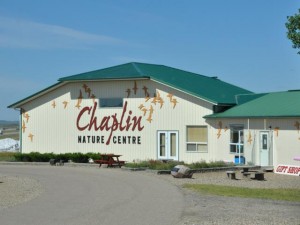 Inside we were provided with a wealth of information by a very informed volunteer about the shorebirds who pass through the nearby chain of lakes during their migrations.  What surprised us the most was that a large number of these birds were ones we’d only seen on the Atlantic, Gulf or Pacific coasts.

For thousands of years shorebirds have relied on a network of food-rich stopover sites during their migration between South American and the Canadian Artic.  To survive these arduous cross-continent treks birds must land periodically for food and rest.

Located in the Wood River watershed, Chaplin Lake is one of three saline lakes in the region that covers more than 100,000 acres.  The saltiness, of salinity, is the highest in West Chaplin Lake where the water is 6-7 times saltier than the ocean and half as salty as the Dead Sea.  This saltiness is mostly made up of sodium sulphate.

Why is this saltiness characteristic important.

First, such an environment is a breeding ground for Brine Shrimp (which, when mature, are about the size of a piece of rice) which, in turn, is a great source of protein for migratory birds.  With such an almost limitless food supply and with few predators, these lakes have ample shoreline for more than 30 species of shorebirds, including many endangered species to stop, rest, feed and in some cases nest and rear their young.  Among the birds which annually frequent and nest in the area are Killdeers, Lesser Yellowlegs, Piping Plovers, Sanderlings, Marbled Godwits, Upland Sandpipers, Willets, and American Avocets … all of which we’ve seen in past travels but only at an ocean shore.

Brine Shrimp are also a commercial product, with 100,000 to 150,000 lbs. being harvested annually and sold as an excellent food source for marine and freshwater fish species. 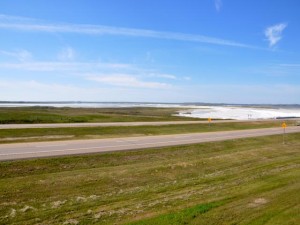 Chaplin Lake in the distance with salt accumulations at the right 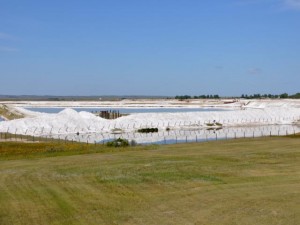 Salt in retention ponds between the lake and the processing plant 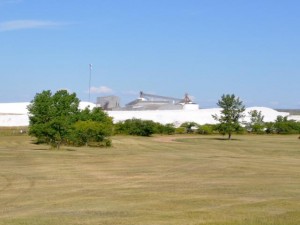 And, now, we believe we have discovered what the facility we passed earlier in the day on the outskirts of Regina was doing.

Anecdotally, once west of Regina, we ever saw any French language signs, east of Regina that almost the all of the highway signs are duplicated … one in English followed a short distance later by the same message in French.

After settling in our campground, it was time for lunch, a bit of reading, a nap and then a walk around the park, as it was the warmest day we’ve had since leaving Kentucky.  Returning to our motorhome, we found that we were being watched by one of the “locals”. 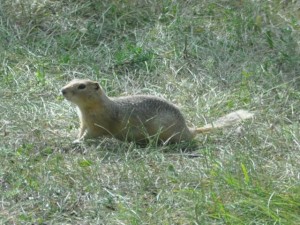 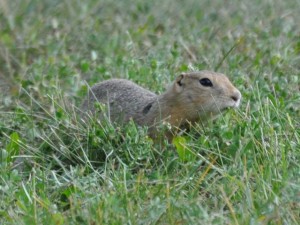 This evening, we were treated to yet another colorful sunset. 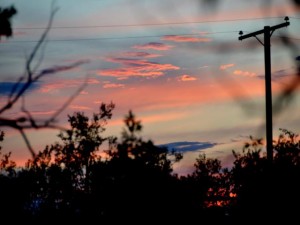 This entry was posted in Chaplin Nature Center, Chaplin Saskatchewan. Bookmark the permalink.