Again, we left under a bright blue sky but temperatures 10o lower and greatly reduced humidity than we’ve had since leaving home 8 days ago.  Unlike the past two days where the endless fields of corn appeared to run nearly to the horizon, farm country in Wisconsin is characterized by smaller, more defined, fields generally bounded by forests. 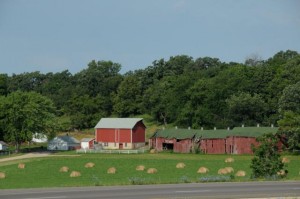 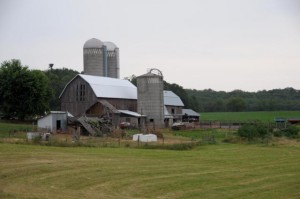 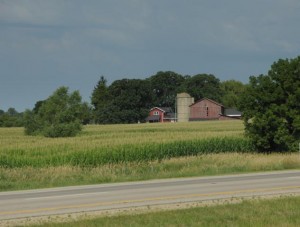 As was the case yesterday, what began as a few sprinkles 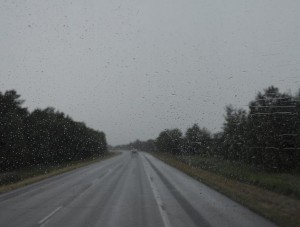 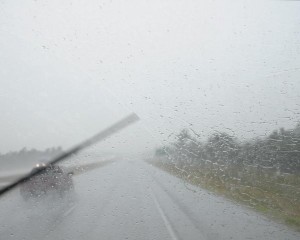 As we drove through the front, like yesterday, blue skies began to appear 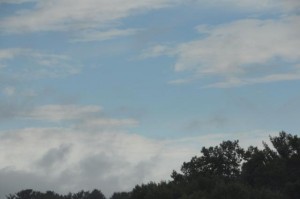 and we finished our drive under crystal clear skies!

Hours before we broke open the wine, we actually saw a pink elephant, with glasses no less. 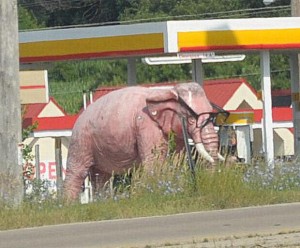 We also caught our first sight of cattle, which in the “Dairy State” we thought we would be everywhere, 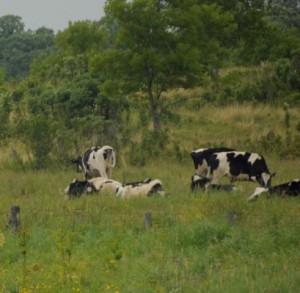 as well as goats and sheep. 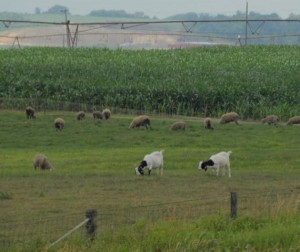 Several of the Interstate bridges in Madison were emblazoned with the city’s seal, something we’d not seen before. 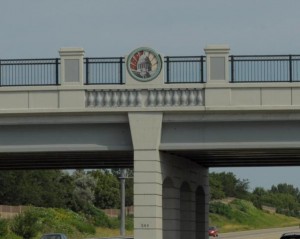 Amid the gently rolling countryside some 76 miles northwest of the state capitol of Madison, the towering Castle Rock formations suddenly appeared. 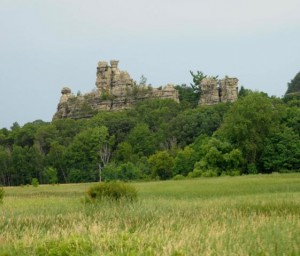 While these rock formations seem completely out of place, they are actually the remains of a prehistoric island what existed roughly 18,000 years ago.

Entering Minnesota, as was the case when we arrived in Wisconsin, the welcome sign was more creative than the typical rectangular signs touting the present Governor’s name (of no interest other than to these governors, their families and sycophants). 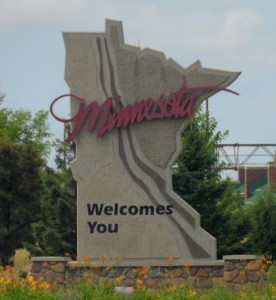 We’ll be in the Minneapolis area for the next 2-3 days before heading further north and west.